Untitled. Untitled. Untitled. Ten Lessons I Learned While Teaching Myself to Code – The Blog of Author Tim Ferriss. Note from the editor: The following is a guest post by Clive Thompson (@pomeranian99), a journalist who’s written about technology and science for two decades. Clive is a longtime contributing writer for the New York Times Magazine and a columnist for Wired. In his guest post, Clive outlines the most important lessons he learned teaching himself to code after interviewing 200+ programmers for his new book Coders: The Making of a New Tribe and the Remaking of the World.

Enter Clive… So, you want to learn to code. Join the club! The short answer is: Sure you can. The longer answer is… the rest of this essay. The reason why I think you can do it is that I’ve met tons of people who did. They inspired me, frankly, to dive in and teach myself. So I decided to teach myself in my spare hours. The answer was, on all fronts, yes. Transcription Company & Website - Rev. How to poison, obfuscate and purge your facebook data before deleting your account. * Update : Thank you Vice for writing an article about my script! 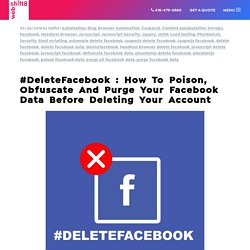 Unfortunately it seems as though facebook is actually blocking the ability for anyone to share the article. I wonder why? * Update 2 : Facebook is now allowing the Vice article to be shared, only after about 24 hours of blocking the ability. Hello! Through the course of web design and development, whether it be interacting with frameworks such as Laravel or WordPress, it is sometimes necessary to develop unit, load or stress tests with certain aspects of the user interface. This will allow you to simulate Ajax calls, form submissions and essentially everything that you can expect a real browser session to interact with. One of the advantages of using these tools, aside from the unit and other testing highlighted above, is to implement the ability to automate actions on websites.

Sketch - The digital design toolkit. All the Tools You Need to Create Visually Amazing Content. Be honest. 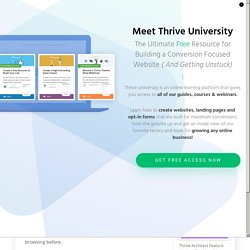 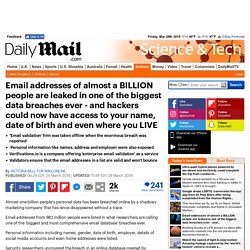 Email addresses from 982 million people were listed in what researchers are calling one of the 'biggest and most comprehensive email database' breaches ever. How Google knows your ‘secret interests’ Google has been accused of spying on millions of Australians by building profiles containing “intimate lifestyle details” such as home and work addresses — plus “secret interests”. 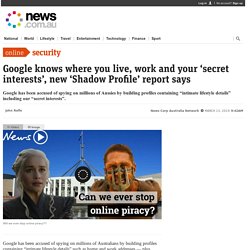 Technology company Oracle also alleged Google may have broken the law by misleading consumers about true motives for snooping — to target and sell ads — and the control they have over their own data. Oracle levelled the claims in a document provided to the Australian Competition and Consumer Commission’s digital platforms inquiry the regulator made public on Tuesday along with 26 other submissions including News Corp Australia’s, urging the ACCC to recommend to the Government that Google be split up. MORE: Oracle says Google is gobbling your data allowance If News made the most dramatic submissions, Oracle made the most disturbing. It included a 17-page attachment called “Google’s Shadow Profile” setting out a sinister surveillance operation of phone owners by the $1.2 trillion company.

The Internet Knows You Better Than Your Spouse Does. If you enjoy computerized personality tests, you might consider visiting Apply Magic Sauce ( The Web site prompts you to enter some text you have written—such as e-mails or blogs—along with information about your activities on social media. 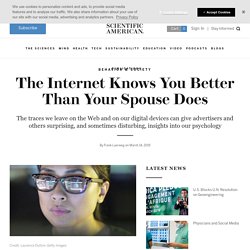 You do not have to provide social media data, but if you want to do it, you either allow Apply Magic Sauce to access your Facebook and Twitter accounts or follow directions for uploading selected data from those sources, such as your history of pressing Facebook’s “like” buttons. Once you click “Make Prediction,” you will see a detailed psychogram, or personality profile, that includes your presumed age and sex, whether you are anxious or easily stressed, how quickly you give in to impulses, and whether you are politically and socially conservative or liberal.

Examining the psychological profile that the algorithm derives from your online traces can certainly be entertaining. Surprising Accuracy Commercial Applications. In-car monitoring: Surveillance tech will make your car less private. Your car has long been a sanctuary on wheels but that won't be true for much longer. 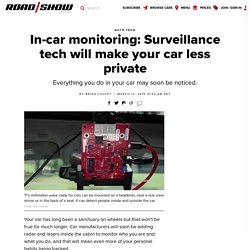 Car manufacturers will soon be adding radar and lasers inside the cabin to monitor who you are and what you do, and that will mean even more of your personal habits being tracked. Millimeter-wave radar is perhaps the most intriguing in-car detection tech. The apparatus itself can be compact because its frequency is so high and therefore its emitted wavelength is short. I've seen several examples about the size of a card deck that could easily be mounted on the headliner of a car and look down at its cabin. Free .NET decompiler. Ninite - Install or Update Multiple Apps at Once. Some major Android apps are still sending data directly to Facebook. Major Android mobile apps from companies including Yelp and Duolingo send data that could be used to personally identify you for ad tracking straight to Facebook immediately upon logging in, according to a new report from the London-based UK charity and watchdog group Privacy International (PI).

This data transfer happens even if a user isn’t logged into Facebook on that device and even in the event the user doesn’t have an active Facebook account at all. SignUpGenius.com: Free Online Sign Up Forms. ManyChat – The easiest way to create Facebook Messenger bot. Sans Forgetica. Online Registration Software with Regpack.