Hurricane Katrina timeline – how the disaster unfolded 10 years ago. After Katrina: New Orleans then and now – interactive photographs. Is New Orleans in danger of turning into a modern-day Atlantis? In the years before Hurricane Katrina, residents of New Orleans sought solace in the belief that the Crescent City could build itself out of all environmental threats. 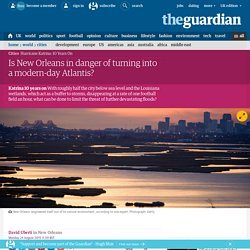 Despite a sinking urban footprint, a shrinking coastal buffer and rising sea levels, they had faith that strong stormwater infrastructure was enough to keep them safe. The huge, federally built levee system encircling the metropolitan area enshrined that belief. But then, in late August of 2005, the levees failed, allowing Katrina’s storm surge to flood roughly 80% of the city, killing hundreds and damaging 134,000 housing units. The catastrophe shattered faith in the US Army Corps of Engineers, which had designed the levees, and sparked a complete re-evaluation of the region’s flood defences. In truth, though, the fate of New Orleans was decided long before the storm hit. In this sense, New Orleans’s storm defence is a paradox. But such infrastructure carries unintended consequences. 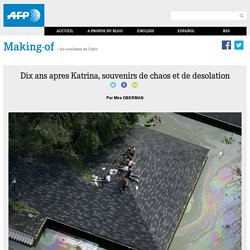 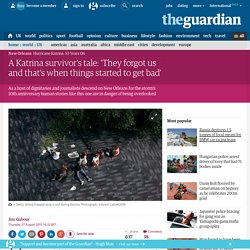 On top of it, Barack Obama arrives today, the miserable George “Good work, Brownie” Bush arrives tomorrow, and Bill Clinton will be here on Saturday. Enough already. We are not bar graphs, or pie charts, or vari-colored maps, or race analyses, or income tables. We are not any of that. We are individual human beings, and at this point we don’t give a damn about any grand plan. We are who we were, and who we remain. Ten years later, the things that matter are still the singular human experiences. We had given ourselves the luxury of ordering two new chairs after discarding both our storm-damaged sofas. The deliveryman was already on the front porch when I came around from the back of the house. I asked how he had done in the storm, a standard opening to conversation in those days. “We stayed,” he continued. Why Louisiana Fought Low-Income Housing in New Orleans After Katrina. In May 2009, about four years after Katrina destroyed most of New Orleans, a locally based research nonprofit called the Bureau of Governmental Research issued a key finding: Subsidized housing will assist more of the poorest households in New Orleans than before the disaster, and a far greater number of low- and moderate-income households with incomes between 40% and 80% of median. 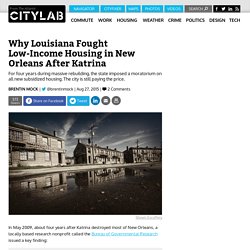 This was actually a warning. Taken from its report “The House That Uncle Sam Built,” BGR was concerned that the city was taking on too much subsidized housing and needed to reconsider its overall strategy. Noting the downside of federal housing-assistance programs—“a declining tax base,” it listed, as one example—the research center came to the conclusion that, “In planning for the future of the city, policymakers should strive for a housing market that accommodates different income levels without placing a disproportionate burden on the city.” By “burden,” the report’s writers meant low-income households.

Hurricane Katrina: New Orleans wrestles with marking the day it wants to forget. A difficult day began with a wreath-laying ceremony and ended with a party, as New Orleans marked the 10th anniversary of hurricane Katrina’s landfall by remembering what was lost and rejoicing in what remains. 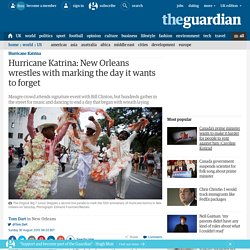 In a city famed for its music it was fitting that the keynote speech of the Power of Community commemoration should be delivered by a noted saxophonist. Bill Clinton has plenty more that that on his resumé, of course. The former president turned philanthropist, who along with George Bush Sr raised about $130m for disaster relief in the storm’s wake, used his speech on Saturday to laud New Orleans for its against-the-odds recovery and unique spirit and to urge residents to battle problems that blight the city just as surely as still-derelict homes in still-recovering neighbourhoods: chief among them, inequality.

The meagre crowd might partly be explained by the ambivalence of some New Orleanians towards this high-profile anniversary of a trauma that many would prefer to forget. 10 Years After Katrina. NEW ORLEANS — It is a wonder that any of it is here at all: The scattered faithful gathering into Beulah Land Baptist Church on a Sunday morning in the Lower Ninth Ward. 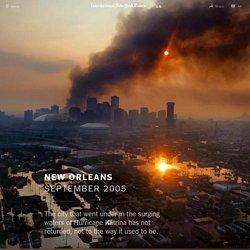 Hurricane Katrina: New Orleans wrestles with marking the day it wants to forget.