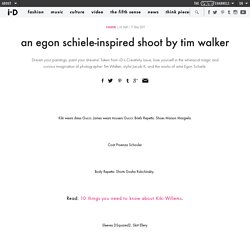 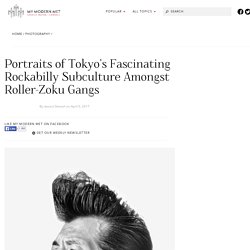 Therefore it was only fitting that he fly across the world to immortalize the Japanese subculture influenced by this era. Zoku, which translates to tribe or clan, is used in Japanese to denote their many subculture phenomena. A trip to Tokyo’s Yoyogi Park in the Harajuku district and you’ll get a taste of the myriad subcultures the city offers. This 400-Year-Old Book’s Illustrations Were Done Entirely With Feathers. Long before people had computers, publishers used other methods to design books but this one beats them all. 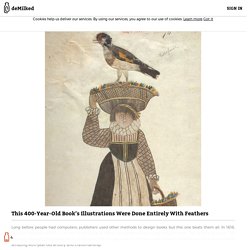 In 1618, Dionisio Minaggio, Chief Gardener of the State of Milan, illustrated a book using only feathers. The Feather Book or The Baroque Bestiary (Il Bestario Barocco) contains 156 images, and it’s still in a good enough condition to allow us to admire amazing 400-year-old artistry and craftsmanship. 113 of The Feather Book images have birds as their central figures. According to Eleanor MacClean, Librarian of the Blacker-Wood Library of Zoology and Ornithology at McGill University, which now holds the collection, the bird images contain “possibly the oldest preserved bird skins in existence, which makes them of importance taxonomically as well as artistically.” The anatomy of... Sophie Corrigan. Artist Dissects Famous Films by Displaying All the Iconic Objects Found in Them. Many people remember a movie for its unforgettable characters or incredible plot twists, but Jordan Bolton commemorates great films with the small things. 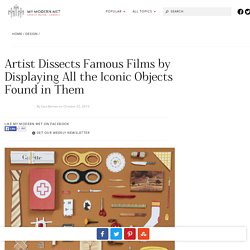 The Manchester-based poster artist creates a unique portrait of motion pictures by depicting their defining objects as well as their recognizable color palettes. “I see the posters as providing an interesting and fresh perspective on the film’s themes and characters,” he tells us in an email, “even for someone who has seen the film many times.” Bolton’s series is called Objects and features both classic and contemporary films. 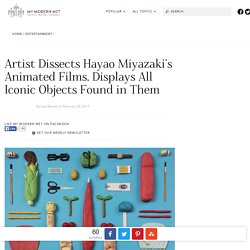 Rather than celebrating the actors or their jaw-dropping plot twists, he turns focus towards the small things. Specifically, the items that have significance to the characters, but aren’t the stars of the film. Last year, we marveled over his Objects series, which painted a unique portrait of the motion pictures using only their props. He’s since continued the project and just finished a collection of four Hayao Miyazaki movie posters. To depict these beloved animated films, Bolton sculpted the items from clay. Enchanting Fox Photography of a Creature Named Freya.

A fox’s persona always seems to have an air of mystery about it, so it’s no wonder we’re continually fascinated by these creatures. 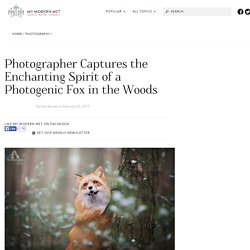 Iza Łysoń captures their alluring spirit with her stunning fox photography. The 19-year-old creative, who’s currently a student of neurobiology, has been honing her photography skills for the past eight years. Despite her young age, Łysoń’s been published by National Geographic Poland, which is how she met Freya the fox. Freya’s owner, Roxanne, contacted Łysoń and they’ve been in touch ever since—and they shot some enchanting photos in the meantime. Powerful NSFW Portrait Series Shows How Regular People Look Without Clothes. Artist Aleah Chapin encourages us to rethink what we call beautiful and takes a different look at the naked body. 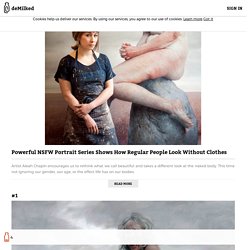 This time not ignoring our gender, our age, or the effect life has on our bodies. Her newest painting exhibition “Body / Being,” might feel awkward at first, but these works represent something that rings more true to what’s actually around us when we’re not looking into some screen. Inspired by the recent transition of her cousin, Qwill, the artist painted all types of different bodies, including both females and males, showing that we’re not that different after all.

“The whole point of [my current exhibit] is to show that we are all the same in the end, no matter if we are an 84-year-old man or a 30-year-old trans individual,” said Chapin. Gravity-Defying Sculpture of Mother Nature Rotating Earth. The Force of Nature is a series of sculptures by artist Lorenzo Quinn that depict a woman pivoting the world around with a piece of cloth. 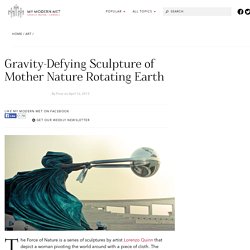 The woman, presumably Mother Nature, is swept with a gust of wind, forcefully draping her attire and hair behind her. There is a vigorous sense of motion radiating from each installation that also performs a remarkable balancing act between the Earthly sphere and its navigator. Colorful Watercolor Paintings of Tokyo's Historical Storefronts. Yamane meat shop (Nippori) /Tsuruya Tailors, now retro variety shop (Jimbocho) After moving from Kobe to Tokyo three years ago, Polish animator Mateusz Urbanowicz was struck by the number of historical buildings that survive in Japan’s capital. 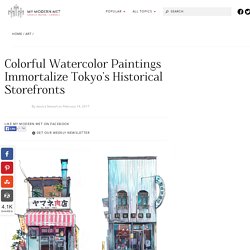 So, he did what any real artist would, and set out to capture Tokyo’s storefronts in beautiful watercolor paintings. While Urbanowicz’s day job has him working for a Tokyo animation studio, he also works on his own, private art projects, often in watercolor. Federico babina architecturally interprets mental illnesses. Feb 17, 2017 federico babina architecturally interprets mental illnesses history is full of ‘tortured geniuses’ — painters, poets, artists and architects considered leaders in their field who, behind-the-scenes, have suffered from psychological illness. italian illustrator federico babina explores this topic through his latest series ‘ARCHIATRIC’, which forms an illustrated reflection of the relationship between creativity and psychopathology. an animated video and accompanying collection of drawings interpret various mental states through architectural forms. 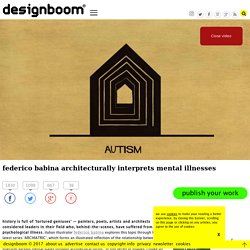 ‘in this series of images, I make an abstract exercise of translating one language to another,’ babina says. ‘it is quite true that architecture and the spaces that we live in influence our behavior and psychopathology,’ babina continues, ‘who plans spaces plans attitudes, behaviors and emotional experiences’. Save. World's Largest Architecture Contest, Fairy Tales, Announces Winners. In a ceremony at the National Building Museum, the winners of the Fairy Tales 2017 competition were recently announced.

Entering into its fourth year, the contest calls for artists, writers, illustrators, and architects to submit their architectural fairy tales. Each entry, complete with narrative text and five images, is evaluated by an expert jury of architecture professionals, including Stefano Boeri and Michael Van Valkenburgh. This year, the jury awarded three prize winners, an AIAS (American Institute of Architecture Students) winner, and 10 honorable mentions. “The proposals put forth in the Fairy Tales competition create entire worlds of the imagination,” Chase W. Rynd, Executive Director of the National Building Museum and a jury member, shares via email.

30. rocznica śmierci Juliana Antonisza. Napoli Project Puts Classical Figures in Contemporary Settings. Ukrainian artist Alexey Kondakov continues to superimpose characters from classical paintings onto photographic scenes of modern life. In the past, Kondakov’s captivating collages have been set in Kiev. However, for his latest series, the Napoli Project, Kondakov has employed Italy, the home of the High Renaissance, as his canvas.

Geometric Tattoos Cover the Body in Mesmerizing Mandala Designs. Geometric art relies on precision and straight lines—the type of work that’s typically done with a ruler. So, when it comes to tattoos, it’s a bold stylistic choice. After all, the softness of skin and an ever-moving canvas are the opposite of exactness. Clever Combinations of Illustrations and Wood Carvings Create Extraordinary Miniature Cities. Luke O’Sullivan uses a combination of drawings and sculptural carvings to construct wondrous urban landscapes. His extensive metropolitan pieces strike a balance between recognizable architecture and impossible structures in order to create fantastical subterranean systems.

The 3-D artworks protrude into space, similar to a diorama display, but O’Sullivan purposively ensures that his miniature worlds are rooted partially in reality and partially in the absurd. His latest release, Cool Shelter makes use of screen printed drawings and wooden structures to create a labyrinth of twists and turns. His piece aims to explore the relationship between an over-world and underworld by blending together above and below with three-dimensional and two dimensional to create an exceptional environment. O’Sullivan states that he draws inspiration from dystopian science fiction and early Nintendo animations to conceive his artwork. Incredibly Rare 16th-Century Boxwood Carvings Are So Miniature, X-Rays Had To Be Used To Reveal Their Mysteries.

These wooden miniatures might look cool from a distance, but believe me, the closer you get, the more amazing the story of these 16th-century boxwood carvings becomes. Only 135 of these tiny carvings are known to exist and all of them are dated to a very short time frame, between 1500 and 1530 either in Flanders or the Netherlands. That can be explained with the emerging merchant social classes in Europe at the time, which could afford such exquisite religious items. But soon came the Reformation and expensive church-related artifacts went out of fashion.