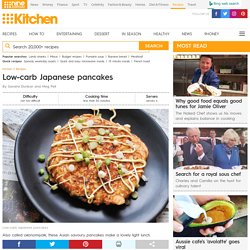 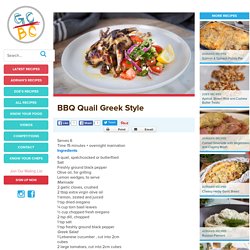 Corn and Couscous Salad. Chicken satay rice paper rolls recipe - 9Kitchen. Slice chicken breast into thick strips and fry in 1 tablespoon of oil over medium heat till cooked through, transfer to a plate. 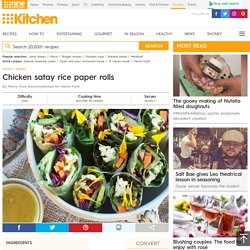 Mix the first 3 ingredients for the sauce in a small bowl to combine. Then add water, one tablespoon at a time. D.I.Y Baked Beans Recipe. Barley Risotto With Mushroom & Rocket Recipe. Zucchini & Carrot Slaw with Asian Dressing. After trying several zucchini slaw recipes, this version ended up my favorite. 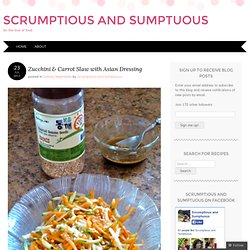 I love the flavor of the dressing. It comes across with a slightly nutty, earthy taste balanced by the saltiness of the soy sauce and with a bit of spice from the hot sauce–lots of layers of flavor to dress up the zucchini and carrots. I actually used a mix of yellow squash and green zucchini because that is what our garden produced.

However, I thought the rainbow of colors from the orange carrots, yellow squash, and green zucchini produced a very festive presentation. You can even add radishes for a touch of red color. The dressing can be made a day or two ahead of time. Zoe Bingley-Pullin's mini apple and coconut crumble. "It makes my so happy when I see [my 14-month-old daughter], Emily, eating my mini apple and coconut crumble as I know it's a healthy source of good fats from coconut, slow-releasing fibre and the right kinds of sugar from apple," says Zoe Bingley-Pullin, accredited nutritionist and nutrition ambassador Only About Children. 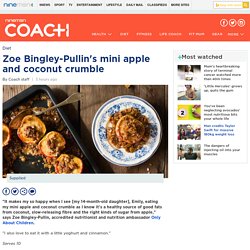 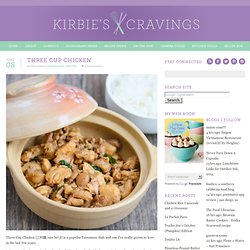 “Three Cup” refers to the fact that the chicken is cooked with three main ingredients in equal ratios: black sesame oil, soy sauce, and rice wine. Basil is thrown in at the end, giving the dish a very aromatic finish. I debated whether or not to post about my first attempt, as it doesn’t quite look like the restaurant version, though it tastes delicious. The dish is often served bubbling in a clay pot. It’s also usually much darker. I’ve had difficulty finding a good version of three cup chicken at restaurants lately. Normally, bone-in chopped chicken pieces are used, but I hate having to deal with the bones so I used boneless thighs. Tuna Mornay - Julie Goodwin recipe. 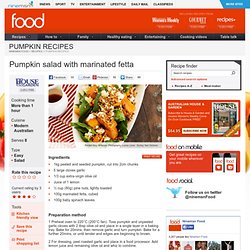 Fruit and veg countdown to health and happinessIf you're confused about how much fruit and veg you should have in your diet, you've got good reason to be. One Pot BBQ Chicken Pasta. This BBQ sauce flavored pasta takes less than 30 minutes to prepare and needs only one pot. 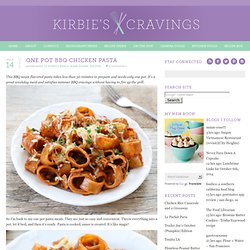 It’s a great weekday meal and satisfies summer BBQ cravings without having to fire up the grill. So I’m back to my one pot pasta meals. They are just so easy and convenient. Throw everything into a pot, let it boil, and then it’s ready. Pasta is cooked, sauce is created. Since it’s summer, I’ve had BBQ on my mind. Fresh Tomato Sauce Recipe. Step 1 Heat oil in a large saucepan or stockpot (see note) over medium-high heat. 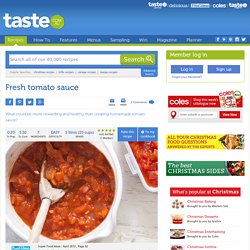 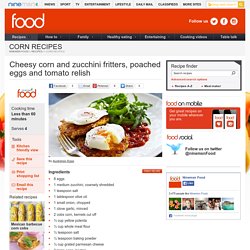