An 'SNL' comedian stars in a video that perfectly sums up why gender equality is a big deal. If Asians Said The Stuff Some White People Say, It Would Sound As Ridiculous As It Actually Is. 26 images qui vous feront repenser toute votre existence... De quoi remettre les choses à leur place ! Woah. L'Univers, c'est grand. 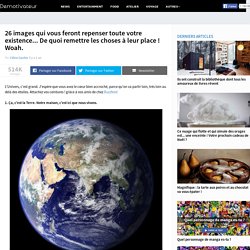 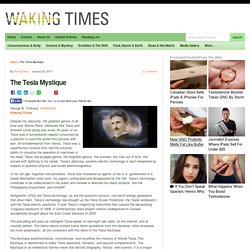 Trinkaus, BorderlandWaking Times Despite his obscurity, the greatest genius of all time was Nikola Tesla. Zoning. On the Zoning Scheme of the General Spatial Plan for the City of Skopje, different urban zoning is represented by different color. 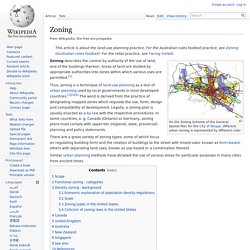 Zoning describes the control by authority of the use of land, and of the buildings thereon. Areas of land are divided by appropriate authorities into zones within which various uses are permitted.[1] Thus, zoning is a technique of land-use planning as a tool of urban planning used by local governments in most developed countries.[2][3][4] The word is derived from the practice of designating mapped zones which regulate the use, form, design and compatibility of development. Legally, a zoning plan is usually enacted as a by-law with the respective procedures. Tax good governance in the world as seen by EU countries. Inside Obama's Stealth Startup. For Eric Maland, the whole thing goes back to that San Francisco wedding. 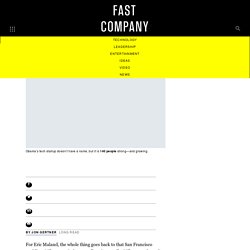 Mikey wasn’t there—well, wait, actually, Mikey was there. But Eric didn’t meet him at that point. Eric met some other folks at the wedding who told him they were doing some fix-it stuff in Washington, and it sounded kind of interesting. Subjects. Untitled. Your brain is an extremely expensive piece of equipment. 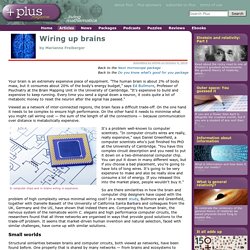 "The human brain is about 2% of body mass, but it consumes about 20% of the body's energy budget," says Ed Bullmore, Professor of Psychiatry at the Brain Mapping Unit in the University of Cambridge. "It's expensive to build and expensive to keep running. Every time you send a signal down a neuron, it costs quite a lot of metabolic money to reset the neuron after the signal has passed. " Viewed as a network of inter-connected regions, the brain faces a difficult trade-off. On the one hand it needs to be complex to ensure high performance. In computer chips and in brains wiring is expensive. It's a problem well-known to computer scientists. Untitled. When your eyes see a picture they send an image to your brain, which your brain then has to make sense of. 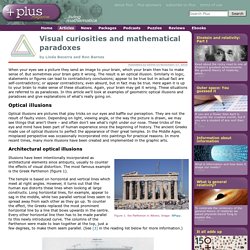 But sometimes your brain gets it wrong. The result is an optical illusion. Similarly in logic, statements or figures can lead to contradictory conclusions; appear to be true but in actual fact are self-contradictory; or appear contradictory, even absurd, but in fact may be true. Here again it is up to your brain to make sense of these situations. Again, your brain may get it wrong. Optical illusions Optical illusions are pictures that play tricks on our eyes and baffle our perception. Architectural optical illusions. 'Deep web search' may help scientists. When you do a simple Web search on a topic, the results that pop up aren't the whole story. 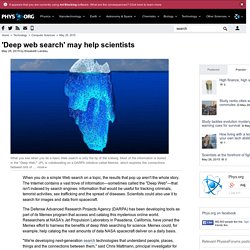 The Internet contains a vast trove of information—sometimes called the "Deep Web"—that isn't indexed by search engines: information that would be useful for tracking criminals, terrorist activities, sex trafficking and the spread of diseases. Scientists could also use it to search for images and data from spacecraft. The Defense Advanced Research Projects Agency (DARPA) has been developing tools as part of its Memex program that access and catalog this mysterious online world. Researchers at NASA's Jet Propulsion Laboratory in Pasadena, California, have joined the Memex effort to harness the benefits of deep Web searching for science. Memex could, for example, help catalog the vast amounts of data NASA spacecraft deliver on a daily basis. RSA Animate - The Secret Powers of Time. 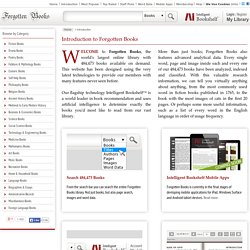 This website has been designed using the very latest technologies to provide our members with many features never seen before. Our flagship technology Intelligent Bookshelf™ is a world leader in book recommendation and uses artificial intelligence to determine exactly the books you'd most like to read from our vast library. More than just books; Forgotten Books also features advanced analytical data. Every single word, page and image inside each and every one of our 484,473 books have been analyzed, indexed and classified. With this valuable research information, we can tell you virtually anything about anything, from the most commonly used word in fiction books published in 1765, to the book with the most images of cats in the first 20 pages.

Censorship by Private Groups. Associations, Coincidental or Not.