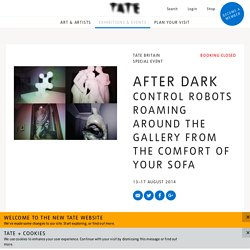 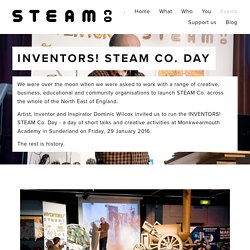 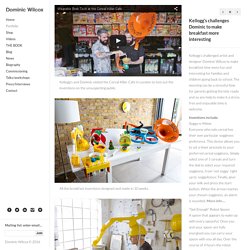 The morning can be a stressful time for parents getting the kids ready and so any help to make it a stress free and enjoyable time is welcome. Inventions include:Soggy-o-Meter Everyone who eats cereal has their own particular sogginess preference. This device allows you to set a timer precisely to your preferred cereal sogginess. Simply select one of 5 cereals and turn the dial to select your required sogginess, from ‘not soggy’ right up to ‘soggylicious’. Dominic Wilcox serves breakfast by drone for Kellogg's. British inventor Dominic Wilcox has designed a series of playfully absurd breakfast accessories for Kellogg's to encourage children to eat in the mornings (+ movie). 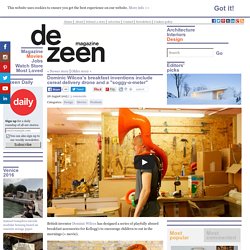 Wilcox's Re-imagining Breakfast inventions for American food manufacturer Kellogg's include a tummy-rumble amplifier and a breakfast-serving drone. The set of seven items also features a soggy-o-meter, an energy-detecting spoon, a wireless talking pillow, a head-mounted crane that serves cereal, and a Snap, Crackle and Pop speaker. Intended to catch out anyone that has skipped breakfast, the Hungry Tummy Rumbler has a built-in microphone that attaches to children's waists and connects to a giant amplifying orange brass horn.

"My first sketch was just a little person with some huge horns attached," Wilcox told Dezeen. "With my drawings I'm trying to explain the idea in the simplest and most direct way possible. MOTI. Solenica - let the sunshine in. Cornetto’s Commitment Rings. McDonald's Turns Placemats Into Little Music Production Stations Connected to Your Phone. Wasn't it fun when we were kids to doodle on restaurants' paper placements with crayons? 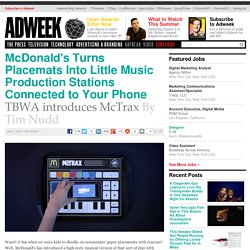 Well, McDonald's has introduced a high-tech, musical version of that sort of play with McTrax—a snazzy placemat that acts like a little music production station. TBWA\Neboko in the Netherlands created McTrax.