Syrian Journey: Choose your own escape route. Migrant crisis: The hard road through Bulgaria. As Bulgaria steps up security at its borders, migrants travelling through the country to Serbia face tougher checks from police. 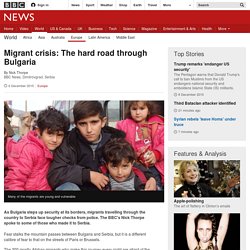 The BBC's Nick Thorpe spoke to some of those who made it to Serbia. Fear stalks the mountain passes between Bulgaria and Serbia, but it is a different calibre of fear to that on the streets of Paris or Brussels. The 200 mostly Afghan migrants who make this journey every night are afraid of the Bulgarian police, afraid of the cold, but above all afraid that Europe will not accept them after all. A Syrian Refugee Shared His Struggle To Reach Europe In Real-Time On WhatsApp. A Syrian Refugee’s Epic Escape. In 2012, the Syrian civil war reached the suburbs of Damascus. 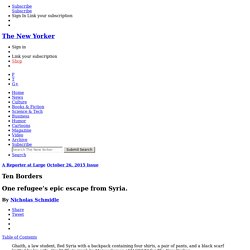 Army tanks rolled over anti-government protesters in Ghouta; artillery shells fell on Darayya. One morning that May, a car bomb exploded in the town of Jdeidet Artouz, southwest of the capital. The blast jolted Ghaith, a twenty-two-year-old law student, out of bed. He lived in a two-bedroom apartment with his mother; his father had died when he was an infant, and his siblings—four sisters and a brother, all older—had left the house after getting married. Ghaith stepped to the window and pulled back the curtain. The victim was Ghaith’s neighbor, an Alawite man whom rebels had apparently targeted for assassination. Ghaith studied criminal law at the University of Damascus, and hoped to become a judge. That fall, his brother, Ghalib, a barber with three young children, fled Syria, with the permission of his wife. 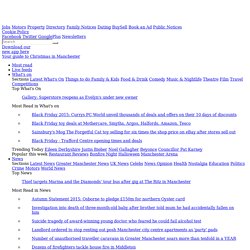 Researchers from the University of Manchester collaborated with independent filmmaker Hafsah Naib on the film Departing:Arrivals. It lays bare the psychological suffering of migrants as Syrian parents recount their family’s experience. Prof Rachel Calam said: “Relief efforts naturally focus on alleviating the physical suffering of refugees, but this means that the psychological effects are sometimes neglected. “Children and their parents can find it hard to cope with the experiences they’ve had and this film is part of a wider attempt to tell that story. “The parents who spoke to us demonstrate the incredible bravery and determination we’ve come across on countless occasions as refugees fight to keep their families intact and find new lives in safer countries.” Desperate Crossing.

Channel 4 News - Cumberbatch appeals for refugee crisis help. Trying to follow what is going on in Syria and why? This comic will get you there in 5 minutes. That warning has become a global alert.

Since the uprising against Assad in March 2011, over 240,000 people have been killed, 4 million Syrians have fled their country, and over 7 million have been displaced. The headlines are full of the heartbreaking stories of these refugees — including young children — who have died trying to reach safety in other countries. The story of these refugees is deeply tied to the effects of climate change. "We are experiencing a surprising uptick in global insecurity ... partially due to our inability to manage climate stress.

" That's how Columbia University professor Marc Levy (who also does studies for the U.S. government) summed it up. "Home" by Warsan Shire - SeekersHub Blog. No one leaves home unless home is the mouth of a shark you only run for the border when you see the whole city running as well your neighbors running faster than you breath bloody in their throats the boy you went to school with who kissed you dizzy behind the old tin factory is holding a gun bigger than his body you only leave home when home won’t let you stay. no one leaves home unless home chases you fire under feet hot blood in your belly it’s not something you ever thought of doing until the blade burnt threats into your neck and even then you carried the anthem under your breath only tearing up your passport in an airport toilets sobbing as each mouthful of paper made it clear that you wouldn’t be going back. no one leaves home until home is a sweaty voice in your ear saying- leave, run away from me now i dont know what i’ve become but i know that anywhere is safer than here Main photograph by Daniet Etter/New York Times/Redux /eyevine. 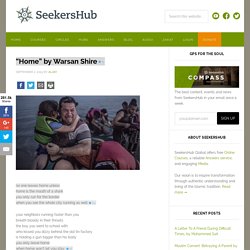 Syrian Refugees in Lebanon - Multimedia Feature. Syrian Refugees in Jordan Struggle to Survive. SABHA, Jordan — The parents were petrified the oldest of their seven children would be drafted into the Syrian Army. 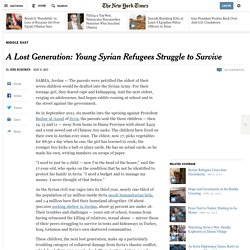 For their teenage girl, they feared rape and kidnapping. And the next oldest, verging on adolescence, had begun rabble-rousing at school and in the street against the government. So in September 2011, six months into the uprising against President of , the parents sent the three children — then 15, 13 and 11 — away from home in Hama Province with about $425 and a tent sewed out of Chinese rice sacks.