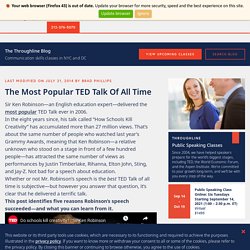 In the eight years since, his talk called “How Schools Kill Creativity” has accumulated more than 27 million views. That’s about the same number of people who watched last year’s Grammy Awards, meaning that Ken Robinson—a relative unknown who stood on a stage in front of a few hundred people—has attracted the same number of views as performances by Justin Timberlake, Rihanna, Elton John, Sting, and Jay-Z. Not bad for a speech about education. Whether or not Mr. Robinson’s speech is the best TED Talk of all time is subjective—but however you answer that question, it’s clear that he delivered a terrific talk.This post identifies five reasons Robinson’s speech succeeded—and what you can learn from it. 1. 4. 15 Fundamentals of Storytelling - Training. 1. 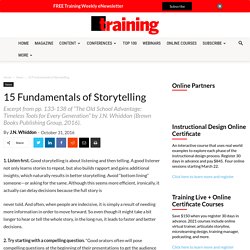 Listen first. Good storytelling is about listening and then telling. A good listener not only learns stories to repeat, but also builds rapport and gains additional insights, which naturally results in better storytelling. Avoid “bottom lining” someone—or asking for the same. Although this seems more efficient, ironically, it actually can delay decisions because the full story is never told. 5 Keys to Creating a Killer Podcast Opening from Podcast Movement 2020. Number-one hits, bed-ins for peace: John Lennon’s life in numbers. Tuesday marks 40 years since music legend John Lennon was shot and killed outside of his apartment building in New York City by a crazed fan hours after the former Beatle had autographed an album for him. 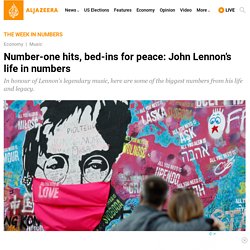 In years past, fans have poured in from around the world to sing, leave flowers and remember Lennon at the memorial to him in New York City’s Central Park, near where he lived with his wife, artist Yoko Ono, at the time of his death. In honour of Lennon’s legendary music, here are some of the biggest numbers from his life and legacy. The tally of number-one hits by the Beatles, still the most of any band, according to Billboard. The Fab Four racked up 34 Top 10 hits during their time together. Lennon and his bandmate Paul McCartney penned the majority of the group’s songs. Two. John McCain’s 10-Minute Concession Speech Reminds Americans That Words Can Unite And Inspire. Twelve years after John McCain conceded the 2008 U.S. presidential election to Barack Obama, the video of McCain’s speech has gone viral, racking up about 15 million views. 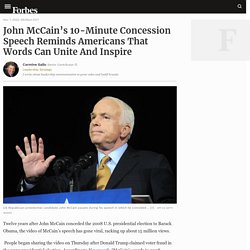 People began sharing the video on Thursday after Donald Trump claimed voter fraud in the 2020 presidential election. According to Newsweek, “McCain's words in 2008 contrast with what many heard coming out of the White House on Thursday evening.” Contrast is part of the reason the video went viral. McCain’s 10-minute speech also makes a strong impression because it has all the hallmarks of ‘transcendent’ rhetoric—words that unite people, bridge divides, and elevate the public mood.

Not surprisingly, transformational leaders in history, politics, and business are long admired—and even go viral years later— because their words unite, heal and inspire. The Top 5 Presentation Mistakes Everyone Makes - Duarte. QAspire by Tanmay Vora - Insights and #Sketchnotes on Leadership, Learning and Change. This Is Your Brain on Podcasts: Why Audio Storytelling Is So Addictive. Beyond the obvious convenience factor of listening on the go, what is it that makes some audio storytelling so engaging? 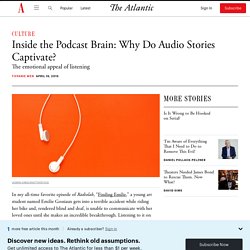 And what happens in the brain when someone hears a really compelling story? “A good story’s a good story from the brain’s perspective, whether it’s audio or video or text. It’s the same kind of activation in the brain,” says Paul Zak, the director of the Center for Neuroeconomics Studies at Claremont Graduate University. Zak has studied how watching and listening to stories influence our physiology and behavior. In a study published in The Annals of the New York Academy of Science in 2009, Zak and his colleagues had participants watch short video clips featuring an emotional or unemotional scene. The researchers reason that experiencing tension in a story makes people feel stressed, which makes their bodies release the hormone and neurotransmitter oxytocin. Retórica Exprés - How to Present Like an Apple Executive. How to critique a presentation. Michael B. Jordan, Bryan Stevenson, And The Power Of Persuasion To Achieve ‘Just Mercy’ “You have to be persuasive when you're trying to change the world,” human rights attorney Bryan Stevenson said at an event to promote the movie Just Mercy, which opened nationwide this weekend. 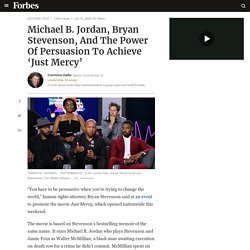 The movie is based on Stevenson’s bestselling memoir of the same name. It stars Michael B. Jordan who plays Stevenson and Jamie Foxx as Walter McMillian, a black man awaiting execution on death row for a crime he didn’t commit. McMillian spent six years in prison before Stevenson won his release. Since the McMillian case in 1993, Stevenson and his nonprofit, the Equal Justice Initiative (EJI), have secured the release or reduced sentences for over 140 condemned prisoners.