Ghost Chapter 1, a naruto fanfic. Disclaimer: I do not own anything from Naruto. 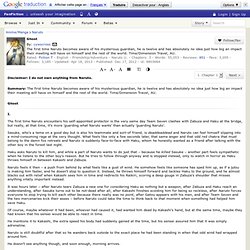 Summary: The first time Naruto becomes aware of his mysterious guardian, he is twelve and has absolutely no idea just how big an impact their meeting will have on himself and the rest of the world. Time/Dimension Travel, AU. Ghost The first time Naruto encounters his self-appointed protector is the very same day Team Seven clashes with Zabuza and Haku at the bridge, but really, at that time, it's more 'guarding what Naruto wants' than actually 'guarding Naruto'. Sasuke, who's a teme on a good day but is also his teammate and sort-of friend, is deaddeaddead and Naruto can feel himself slipping into a mind-consuming rage at the very thought. Haku asks Naruto to kill him, and while a part of Naruto wants to do just that – because he killed Sasuke – another part feels sympathetic when he listens to the other boy's reason.

A Wrinkle in Time Chapter 1: The Beginning of an End, a naruto fanfic. The Fourth Shinobi War ended in disaster. 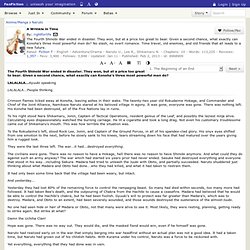 They won, but at a price too great to bear. Given a second chance, what exactly can Konoha's three most powerful men do? LALALALA...Kyuubi speaking LALALALA...People thinking Crimson flames licked away at Konoha, leaving ashes in their wake. Into the Future Chapter 1: Prologue, a naruto fanfic. And this, folks, is what happens when a plot bunny takes hold and doesn't let go. 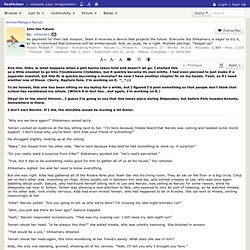 I started this as a little oneshot to go into Troublesome Crybabies, but it quickly became its own entity. Silver and the Sun Chapter 1, a naruto fanfic. Unexpected offers: Light footfalls rustled the carpet of leaves in the deepest part of the forest. 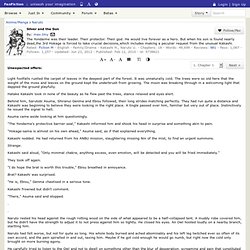 It was unnaturally cold. The trees were so old here that the weight of the moss and leaves on the ground kept the underbrush from growing. The moon was breaking through in a welcoming light that dappled the ground playfully. Hatake Kakashi took in none of the beauty as he flew past the trees, stance relaxed and eyes alert. Behind him, Sarutobi Asuma, Shiranui Genma and Ebisu followed, their long strides matching perfectly. Asuma came aside looking at him questioningly. "The Yondaime's protective barrier seal," Kakashi informed him and shook his head in surprise and something akin to pain. "Hokage-sama is almost on his own ahead," Asuma said, as if that explained everything.

Kakashi nodded. Strange. Kakashi said aloud, "Only minimal chakra, anything excess, even emotion, will be detected and you will be fried immediately. " Rockband Anbustyle Chapter 1, a naruto fanfic. Rockband Anbu-style. 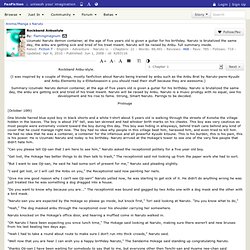 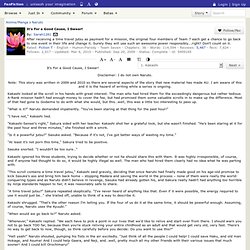 Disclaimer: I do not own Naruto. Note: This story was written in 2009 and 2010 so there are several aspects of the story that new material has made AU. I am aware of this and it is the hazard of writing while a series is ongoing. Kakashi looked at the scroll in his hands with great interest. The man who had hired them for the exceedingly dangerous but rather tedious A-Rank mission hadn't had enough money to cover the fee, but had promised them some valuable scrolls in to make up the difference. "What is it? " "I have not," Kakashi lied. "Kakashi-Sensei's right," Sakura sided with her teacher. The Night The House of Cards Was Built. "Come on, Kurenai! 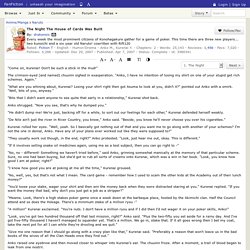 Don't be such a stick in the mud! " The crimson-eyed (and named) chuunin sighed in exasperation. "Anko, I have no intention of losing my shirt on one of your stupid get rich schemes. Again. " Scorpion's Disciple. Slowly and carefully, Sasori rose to his feet and inspected the battlefield. 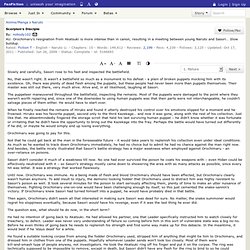 Naruto Hatake. Troubles of a Genderly Confused Teen. - EDIT - rewriting the first few chapters because a long time reviewer of mine pointed out they pretty much suck. 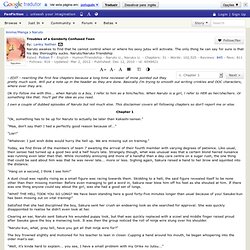 Will put a note up in the header as they are done. Basically I'm trying to smooth out writing crinkles and OOC characters, where ever they are. Ok try follow me with this... when Naruto is a boy, I refer to him as a him/he/his. Myoushuu no Fuuin. Naruto: Myoushuu no Fuuin By May Wren Chapter One oooooooooooooooooooooooo After the whole Mizuki incident… "Ne, Jiji, am I really the Kyuubi? 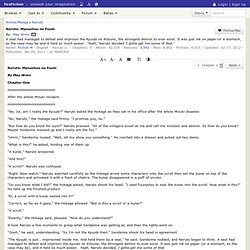 " "No, Naruto," the Hokage said firmly. "But how do you know for sure? " A Drop of Poison. A Drop of Poison Prologue Disclaimer: Naruto belongs to Kishimoto. Ramen belongs to Naruto. An Uzumaki Amongst the Dunes. This Time Around. Disclaimer – I don't own Naruto This Time Around By Crimson Skies Chapter One – Nightmare The clashing chakra of two powerful techniques surrounded the combatants in an orb of light. This just wouldn't do. Red chakra bled into the white, distorting the orb. And then they were gone… Sasuke sat up straight in bed, wide awake. Getting up, he approached the mirror on the wall. "Sasuke! That afternoon something occurred that further shook him.