The Will to Power, a Naruto fanfic. Disclaimer: Obviously I don't own Naruto. 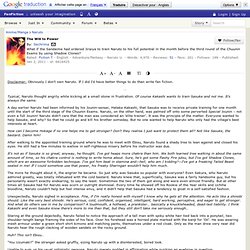 If I did I'd have better things to do than write fan fiction. Typical, Naruto thought angrily while kicking at a small stone in frustration. Of course Kakashi wants to train Sasuke and not me. It's always the same. A day earlier Naruto had been informed by his Jounin-sensei, Hatake Kakashi, that Sasuke was to receive private training for one month until the start of the third stage of the Chuunin Exams. How can I become Hokage if no one helps me to get stronger? After walking to the appointed training ground where he was to meet with Ebisu, Naruto found a shady tree to lean against and closed his eyes. 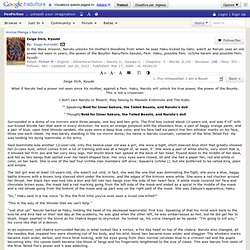 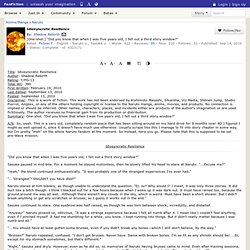 This work has not been endorsed by Kishimoto Masashi, Shueisha, Viz Media, Shōnen Jump, Studio Pierrot, Aniplex, or any of the others holding copyright or license to the Naruto manga, anime, movies, and products. No connection is implied or should be inferred. Other names, characters, places, and incidents either are products of the author's imagination or are used fictitiously. Mokuton Child Chapter 1, a Naruto fanfic. Mokuton Child This is a challenge by acepro evolution, read his profile for more details. 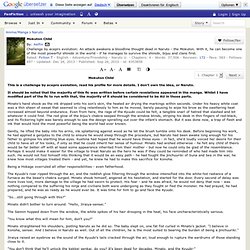 I don't own the idea, or Naruto. It should be noted that the majority of this fic was written before certain revelations appeared in the manga. Whilst I have modified part of the fic to run with that, the majority of it should be considered to be AU in those parts. Minato's hand shook as the ink dripped onto his son's skin, the heated air drying the markings within seconds. Gently, he lifted the baby into his arms, ink splattering against wood as he let the brush tumble onto his desk. Being a Hokage overruled all other responsibilities - even fatherhood. The Kyuubi's roar ripped through the air, and the reddish glow filtering through the window intensified into the white-hot radiance of a furnace as the beast's chakra surged. "So...still going through with this? " Minato didn't bother to turn around. 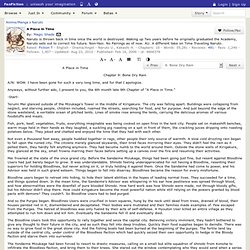 I have been gone for such a very long time, and for that I apologize. Anyways, without further ado, I present to you, the 6th month late 9th Chapter of "A Place in Time. " -Start- Through Another's Eyes Chapter 1: Mornings and Migraines, a Naruto fanfic. Through Another's Eyes By LigerJager Naruto © Masashi Kishimoto Chapter 1: Mornings and Migraines It was a beautiful day in Konoha. 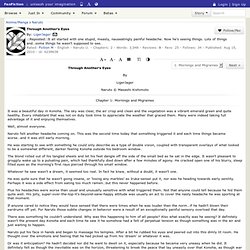 Well, almost everyone. Naruto felt another headache coming on. He was starting to see with something he could only describe as a type of double vision, coupled with transparent overlays of what looked to be a somewhat different, darker feeling Konoha outside his bedroom window. The blond rolled out of his tangled sheets and let his feet dangle off the side of the small bed as he sat in the edge. Whatever he saw wasn't a dream, it seemed too real. Naruto: Smoke and Dagger Chapter 3, a Naruto fanfic. Naruto: Smoke and Dagger -I own nothing- -x(X)x- (AN: At the bottom, I have a thing explaining how this Naruto was created and who he's based on) Naruto walked into a small hotel room that was a small kitchen/bedroom thing and threw his belt on the bed against the wall. 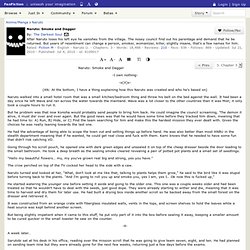 It had been a day since he left Wave and ran across the water towards the mainland. But he problem was that now Konoha would probably send people to bring him back. He had the advantage of being able to scope the town out and setting things up before hand. Relatively Civilian Chapter 2, a Naruto fanfic. Title: Inoichi Rating: T Summary: A civilian with amazing chakra control and the surprising ability to hide herself from him. 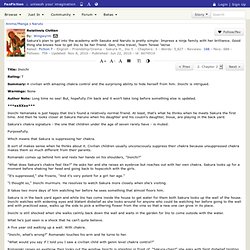 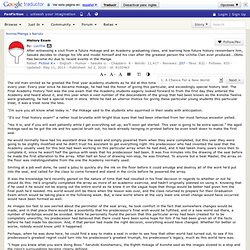 Every year since he became Hokage, he had had the honor of giving this particular, and exceedingly special history test. The Final Academy History Test was the one exam that the Academy students eagerly looked forward to from the first day they entered the Academy and heard about it, and this year when a vast number of the descendants of the group that had been known as the Konoha Twelve were graduating, he had a special treat in store. While he had an ulterior motive for giving these particular young students this particular treat, it was a treat none the less. "I'm sure you all know what today is. " the Hokage said to the students who squirmed in their seats with anticipation. "It's our final history exam! " "Yes it is, and if you will wait patiently while I get everything set up, we'll soon get started. 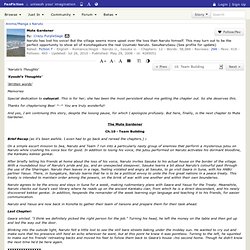 Ok so I'm new at this whole fanfic thing, but I've read quite a few and I really enjoyed them. So I thought I'd have a try at making my own. I don't really know much about Naruto. I only read the first volume and saw a few shippuden episodes. So mostly the characters are based on what I've read in other fanfics so sorry if something is wrong. Enjoy Disclaimer: I don't own Harry Potter or Naruto but what gets to me the most is I will never own Akatsuki  Chapter I The ANBU Pair Harry was sitting on the bed in his room at number 4 Privet Drive reading through a letter he had received from his godfather. Harry was already longing to return to his only true home, Hogwarts. He had come up with all sorts of theories on how this had to be a plot against him. But the shadows were gone. From the bushes below Harry's window crouched two figures. "That was close, un," whispered one of the figures "Neh be quiet or he'll hear us, un" "What is there to smile about now you freak?

" Naruto yawned. Team Tensai Chapter 15: Reflections and Plans, a Naruto fanfic. Title: Reflections and Plans Rating: M Summary: The team is on a mission by themselves and they finally get around to discussing what they want to do with the unplanned for upset in their plans for the time around.