Let's get rid of these motherfucker's

World Bank admits some have lost out from free trade. Image copyright Getty Images The World Bank has admitted the growth of global free trade has not been a success for all. 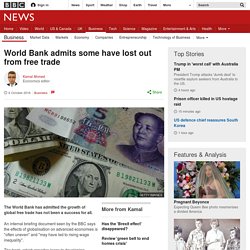 An internal briefing document seen by the BBC says the effects of globalisation on advanced economies is "often uneven" and "may have led to rising wage inequality". The bank, which provides loans to developing countries, also says that "adjustment costs", such as helping people who have lost their jobs, have been higher than expected. Dr Jim Kim, the head of the World Bank, told the BBC that he understood why people were angry in advanced economies despite the fact that free trade was one of the "most powerful" drivers of growth and prosperity. 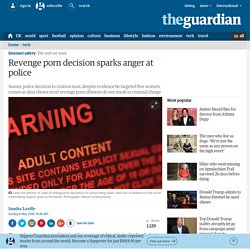 The decision not to prosecute the man comes after figures released last month revealed that most offences of revenge porn do not result in a criminal charge. The woman, who cannot be named for legal reasons, said images of her daughter had been taken from her Facebook page, superimposed with explicit sexual imagery and uploaded on to a pornography site where men were invited to comment. She said the man involved also made several telephone calls to her daughter threatening to rape her and inciting her to carry out sexual acts. Sussex police arrested a 36-year-old man from Eastbourne last week after receiving complaints from four women in the town – including the 15-year-old – that images had been posted without consent onto the pornography forum. Paul McCartney Says Fox Hunting Vote Could Lose Government The Support Of The Nation. Paul McCartney is warning that the Government will lose the support of the nation if it reintroduces fox hunting. 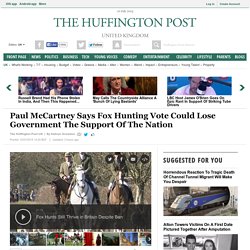 The Beatles singer's comments come after David Cameron announced there will be a free vote on the Hunting Act next week. The vote could see significant alterations to the act, after just a 90-minute debate in the House of Commons, scheduled for Wednesday. The changes would make it legal for foxes to be hunted by a pack of hounds for "pest control" purposes – currently the law permits just two hounds can be used to flush out a fox to be shot. Paul McCartney warns the Government could lose the nation's support if fox hunting rules are relaxed The contentious issue has sparked a huge debate, with Queen guitarist, Brian May, leading the brigade for the 'no' camp.

Hackers steal data from surveillance company - BBC News. A company that sells surveillance software has been hit by a data breach. 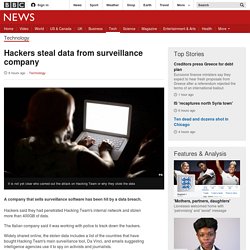 Hackers said they had penetrated Hacking Team's internal network and stolen more than 400GB of data. The Italian company said it was working with police to track down the hackers. Widely shared online, the stolen data includes a list of the countries that have bought Hacking Team's main surveillance tool, Da Vinci, and emails suggesting intelligence agencies use it to spy on activists and journalists. Rollingstone. Tammy Loertscher had no idea that seeking a pregnancy test would ultimately put her in jail. 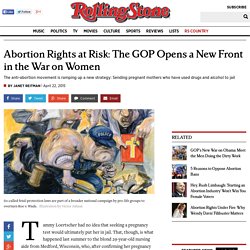 That, though, is what happened last summer to the blond 29-year-old nursing aide from Medford, Wisconsin, who, after confirming her pregnancy at a local health clinic, admitted to her doctor that she'd recently stopped using methamphetamines and pot. According to a sworn statement she later filed in a civil suit, Loertscher had been struggling for more than a decade with a severe thyroid condition that, if untreated, left her lethargic and depressed. In February 2014, she quit her job during a bout of depression, which meant she could no longer afford the expensive blood tests doctors required to continue to prescribe her medication. Why the Right Wing Is Targeting Birth Control Again.

What does birth control have to do with the congressional budget? 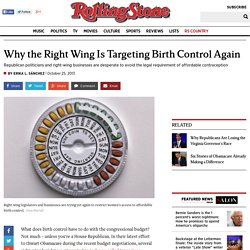 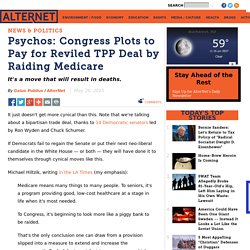 Note that we're talking about a bipartisan trade deal, thanks to 14 Democratic senators led by Ron Wyden and Chuck Schumer. Is Jeb Bush standing by his brother's Iraq War decision? - BBC News. Being the brother of a former president with a controversial war on his record is proving to be a tricky position for former Florida Governor Jeb Bush. 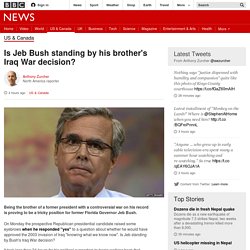 On Monday the prospective Republican presidential candidate raised some eyebrows when he responded "yes" to a question about whether he would have approved the 2003 invasion of Iraq "knowing what we know now". Is Jeb standing by Bush's Iraq War decision? It took less than 24 hours for his political supporters to begin walking back that statement, however, after he was subjected to withering criticism from the left and the right. Ana Navarro, an adviser to Mr Bush who served on his staff when he was governor, said she emailed Mr Bush on Tuesday about the remark, and he told her that he didn't hear Fox host Megyn Kelly correctly. Man guilty of raping one-day-old baby boy - BBC News. A man has been convicted of raping a one-day-old baby boy and two other young children. 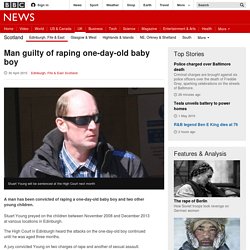 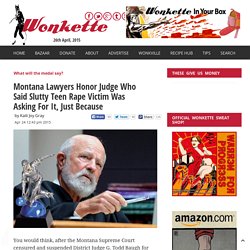 You Won’t Believe How Kansas Is Paying For Rich People’s Tax Cuts (Unless You’re Not Dumb) Kansas is on a roll this month, if by “on a roll,” you mean “wow, it seems like they come up with a new way to screw poor people every single day!” What are they doing now? Oh, just trying to get poor people to pay for all the tax cuts rich people have been enjoying for several years now.

West Virginia GOP Bros Invent New Kind Of Rape: The ‘Legal’ Kind. Oh, gee, is it that time of year again already? The time of year when some Republican dude opens his vomit-hole and spews some terrible words about rape? Let’s check our calendar: Aw, that’s nice. Rape is awful, obvs, but rape babies are soooo the best, so let’s ban abortion in West Virginia: The West Virginia House of Delegates began moving a bill Thursday to ban abortions after 20 weeks of pregnancy. Do the Republican menfolk in the West Virginia House of Delegates have any other terrific fresh thoughts on rape? Of Course Joe Arpaio Sent A Private Dick After A Federal Judge’s Wife. He’s Sheriff Joe! Here’s one way to tell that maybe your contempt of court hearing isn’t going your way: When the judge in your case asks if you hired a private investigator to look into that judge’s wife, and you have to admit that, well, yes, but only because you’re a paranoid creep who always investigates his political enemies.

It’s not like Maricopa County Sheriff Joe Arpaio was singling out U.S. District Court Judge G. 'Vile and depraved' UK gang raped and abused babies - BBC News. Members of a paedophile network whose crimes were described as the most "vile and depraved" police had seen have been convicted of arranging abuse. The UK-wide gang raped and abused babies and young children, streaming the attacks online to fellow members. John Denham, 49, and Matthew Stansfield, 34, had denied plotting sex crimes against the victims. They were found guilty after a trial at Bristol Crown Court. Five other members had earlier admitted various offences. The group used the internet to plan and stream abuse and tried to groom pregnant women in order to find new victims, the trial heard. Tampa police target black bicyclists. Justice Department report exposes Ferguson’s discrimination against blacks: Police and city officials had “unlawful bias against and stereotypes about African Americans.”

Photo by Scott Olson/Getty Images. Kansas and Oklahoma abortion bans: Second-trimester abortions will be more dangerous without D&E. Photo by Antoine Doyen/Getty Images. Miscarrying woman denied medication: Misoprostol can be used for both abortion and miscarriage. Read a professor of medicine’s outraged tweets from her son’s abstinence-only sex ed class. Alice Dreger, a professor of medical humanities and bioethics at Northwestern University, has written about the importance of honesty in sex education. Deli Owner: No One Liked My White History Month Celebration, Please Send Bigot Bucks Now! Oklahoma 'Taser error' officer turns himself in - BBC News. A white officer who killed a black man after apparently mistakenly grabbing his gun instead of his Taser has turned himself into police. Robert Bates, 73, has been charged with manslaughter for killing Eric Harris, 44, during a sting operation over gun sales in Tulsa, Oklahoma. His lawyer said the charges were "unwarranted" as he and Mr Bates left the police station.

Political Correctness Can't Blind Us To Men With 'Unacceptable' Views Of Women, Says Culture Secretary. The "cultural side" of some communities should be looked at in a bid to see why there are men who have a "completely unacceptable" view of women, Culture Secretary Sajid Javid has said. Mr Javid asked why there are men in modern British society who have "such a low value of women that they see them as commodities to be abused". After hundreds of vulnerable young girls were groomed and abused by men in Rochdale, Rotherham and Oxford, the politician said it was important not to shy away from the fact that the perpetrators were "disproportionately Asian Muslim men".

Leaked Emails Reveal Tucker Carlson and His Brother Are Even More Awful than You Thought. There are no surprises in the details emerging from a recent story involving Tucker Carlson, his brother and New York City Mayor Bill de Blasio’s female spokesperson.