NASA's Mars rover Perseverance landing: Everything you need to know. The landing of NASA's next Mars rover is now just days away. 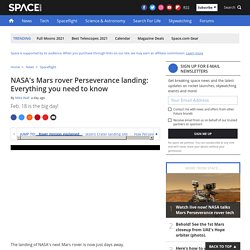 The car-size Perseverance rover, the centerpiece of NASA's $2.7 billion Mars 2020 mission, will hunt for signs of ancient life, collect and cache samples for future return to Earth and help demonstrate a variety of new exploration technologies, among other tasks. But before it can get started on any of that groundbreaking work, Perseverance must ace its touchdown inside Mars' Jezero Crater on Feb. 18. There's no guarantee that the rover will survive this harrowing ordeal; over the years, just 40% of all Mars surface missions have landed successfully.

That depressing figure is skewed by a lot of failures in the first few decades of the Space Age, however. NASA's Perseverance Mars Rover Landing in Most Difficult Site Ever Attempted – NASA’s Mars Exploration Program. February 12, 2021 All landings on Mars are difficult, but NASA's Perseverance rover is attempting to touch down in the most challenging terrain on Mars ever targeted. 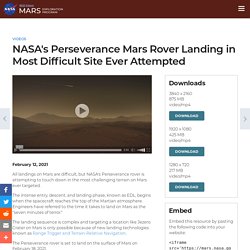 The intense entry, descent, and landing phase, known as EDL, begins when the spacecraft reaches the top of the Martian atmosphere. Engineers have referred to the time it takes to land on Mars as the "seven minutes of terror. " The landing sequence is complex and targeting a location like Jezero Crater on Mars is only possible because of new landing technologies known as Range Trigger and Terrain-Relative Navigation. 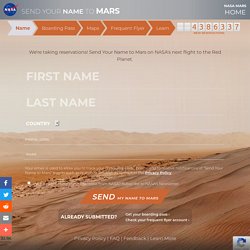 Mars 2020 Spacecraft. The spacecraft is the protective "spaceship" that transports the precious cargo, Perseverance, from Earth to Mars. 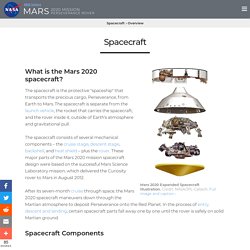 The spacecraft is separate from the launch vehicle, the rocket that carries the spacecraft, and the rover inside it, outside of Earth's atmosphere and gravitational pull. The spacecraft consists of several mechanical components – the cruise stage, descent stage, backshell, and heat shield – plus the rover. Mission Overview. Studying Mars' Habitability, Seeking Signs of Past Microbial Life, Collecting and Caching Samples, and Preparing for Future Human Missions The Perseverance rover has four science objectives that support the Mars Exploration Program's science goals: All address key astrobiology questions related to the potential of Mars as a place for life. 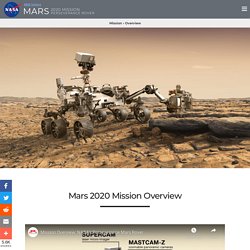 The first three consider the possibility of past microbial life. Even if Perseverance does not discover any signs of past life, it paves the way for human life on Mars someday. Mars 2020 Technology: Heritage and Innovation Technologies for Entry, Descent, and Landing The mission uses technological innovations already demonstrated successfully, especially for entry, descent, and landing (EDL). This type of landing system provides the ability to land a very large, heavy rover on the surface of Mars in a more precise landing area than was possible before Curiosity's landing. 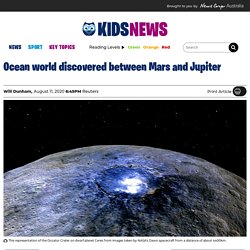 Until now, freezing dwarf planet Ceres was thought to be a barren space rock. The new discovery has scientists interested in Ceres as a possible outpost* for life. Research published on Monday is based on data from NASA’s Dawn spacecraft, which flew as close as 35km from the surface of Ceres in 2018. The data provides a new understanding of Ceres, including evidence it remains geologically active with cryovolcanism — volcanoes oozing icy material.

The findings confirm the presence of a reservoir* of salty water, the remains of a vast subsurface ocean that has been gradually freezing. NASA Perseverance rover on its way to Mars. NASA’s Mars rover Perseverance has blasted off on an Atlas 5 rocket on a $3.4 billion mission to search for traces of potential past life on Earth’s planetary neighbour. 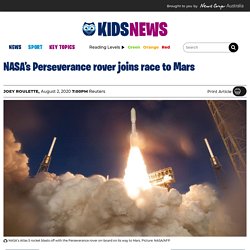 The robotic rover — a car-sized, six-wheeled vehicle carrying seven scientific instruments — is also scheduled to deploy* a mini helicopter on Mars and try out equipment for future human treks* to the fourth planet from the sun. It is scheduled to arrive at Mars, also known as the red planet, in February after a journey of 480 million kilometres. Perseverance soared into the sky from the Cape Canaveral Air Force Station in Florida in the US on July 30. “The spacecraft is in good health and on its way to Mars,” NASA administrator Jim Bridenstine wrote on Twitter.