Norway awards oil and gas exploration rights to 30 firms. Many Overheated Forests May Soon Release More Carbon Than They Absorb - Inside Climate News. The last decades have been filled with dire warning signs from forests. 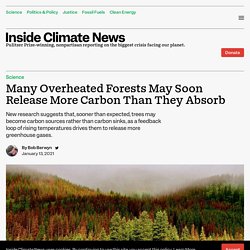 Global warming has contributed to thinning canopies in European forests and to sudden die-offs of aspen trees in Colorado, as well as insect outbreaks that are killing trees around the world. In many places, forests are not growing back. New research shows that Earth’s overheated climate will alter forests at a global scale even more fundamentally, by flipping a critical greenhouse gas switch in the next few decades. The study suggests that, by 2040, forests will take up only half as much carbon dioxide from the atmosphere as they do now, if global temperatures keep rising at the present pace. The study, published Wednesday in Science Advances, analyzed more than 20 years of data from about 250 sites that measure the transfer of carbon dioxide between land and plants and the atmosphere—the way the planet breathes. Apple forced to add iPhone and MacBook repairability scores to comply with French law.

Apple has added iPhone and MacBook repairability scores to its online store in France to comply with a new French law that came into effect this year. 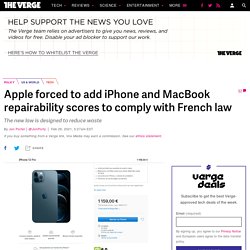 2020 was hottest year on record by narrow margin, Nasa says. Last year was by a narrow margin the hottest ever on record, according to Nasa, with the climate crisis stamping its mark on 2020 through soaring temperatures, enormous hurricanes and unprecedented wildfires. 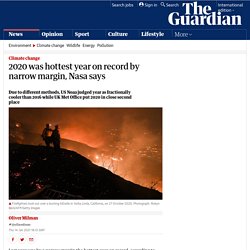 The average global land and ocean temperature in 2020 was the highest ever measured, Nasa announced on Thursday, edging out the previous record set in 2016 by less than a tenth of a degree. Due to slightly different methods used, the US National Oceanic and Atmospheric Administration (Noaa) judged 2020 as fractionally cooler than 2016, while the UK Met Office also put 2020 in a close second place. The European Union’s climate observation program puts the two years in a dead heat. Why repair is essential in times of crisis - Right to Repair Europe. Biden Admin Issues 30+ Drilling Permits   (Bloomberg) -- The Biden administration has issued at least 31 new drilling permits authorizing operations on federal land and coastal waters, despite an order putting political appointees in charge of the decisions. 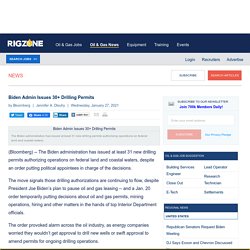 The move signals those drilling authorizations are continuing to flow, despite President Joe Biden’s plan to pause oil and gas leasing -- and a Jan. 20 order temporarily putting decisions about oil and gas permits, mining operations, hiring and other matters in the hands of top Interior Department officials. The order provoked alarm across the oil industry, as energy companies worried they wouldn’t get approval to drill new wells or swift approval to amend permits for ongoing drilling operations.

So far, there’s no sign of that blockade. Offshore, the Bureau of Safety and Environmental Enforcement has issued 22 drilling permits to eight companies since Jan. 20, when President Joe Biden was inaugurated. . © 2021 Bloomberg L.P. Top scientists warn of 'ghastly future of mass extinction' and climate disruption. The planet is facing a “ghastly future of mass extinction, declining health and climate-disruption upheavals” that threaten human survival because of ignorance and inaction, according to an international group of scientists, who warn people still haven’t grasped the urgency of the biodiversity and climate crises. 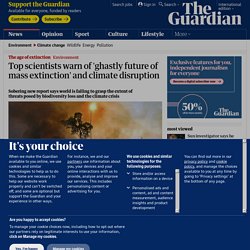 The 17 experts, including Prof Paul Ehrlich from Stanford University, author of The Population Bomb, and scientists from Mexico, Australia and the US, say the planet is in a much worse state than most people – even scientists – understood. “The scale of the threats to the biosphere and all its lifeforms – including humanity – is in fact so great that it is difficult to grasp for even well-informed experts,” they write in a report in Frontiers in Conservation Science which references more than 150 studies detailing the world’s major environmental challenges. An estimated one million species are at risk of extinction, many within decades, according to a recent UN report. Government to let farmers use bee-killing pesticide banned in EU.

A bee-killing pesticide so poisonous that it is banned by the EU may be used on sugar beet in England, the government has announced. 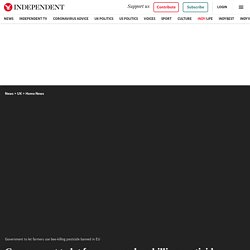 How to Buy Tech That Lasts and Lasts. Because many modern gadgets, like smartphones and tablets, mostly lack moving parts, their software plays a strong role in determining their longevity. 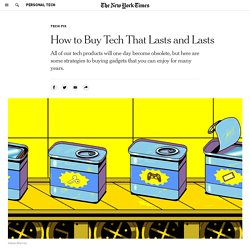 After a company stops providing software updates to a device, you can expect to run into problems, such as your favorite apps ceasing to work properly. This is where an iPhone has an edge over an Android. Each year, when Apple releases a new operating system for the iPhone, it generally works on phones as far back as five years ago. (Apple’s iOS 14, due for release this fall, will support the iPhone 6S from 2015.) That means when you buy an iPhone, it will probably get new features and stability improvements for at least five years. Android users will have a tougher time.

How to Buy Tech That Lasts and Lasts. Study: 'low-end ‘climate sensitivity’ is no longer a possibility. Amazon region: Brazil records big increase in fires. Defending Tomorrow. Over two-thirds of killings took place in Latin America, which has consistently ranked the worst-affected region since Global Witness began to publish data in 2012. 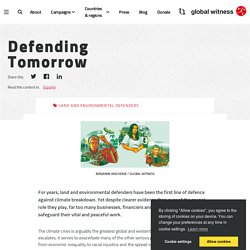 In 2019, the Amazon region alone saw 33 deaths. 10 Years of Samsung Galaxy S Phones. One decade and one day ago, Samsung released the Galaxy S. 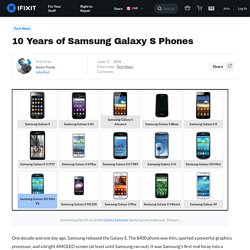 The $400 phone was thin, sported a powerful graphics processor, and a bright AMOLED screen (at least until Samsung ran out). This teenager is graduating high school three years after being shot in the head and left to die. Three years ago, Turner was shot in the head by a friend who left her for dead in a dry canal in Smithfield, Utah. 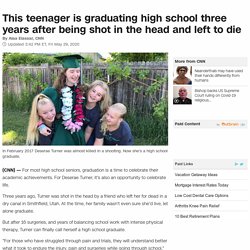