A Different Kind of Love: Top 10 Killer Couples. Most people fantasize about meeting the love of their life. 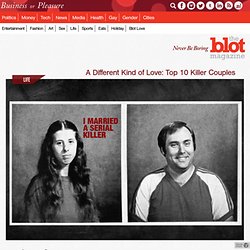 They are looking for that special connection, a perfect click with a soon-to-be lifelong mate. A typical checklist of desired traits includes physical attraction, a sense of humor, and shared interests. 21 Incredibly Important Diagrams To Help You Get Through Life. Alessandro Bavari Official WebSite. Fairy Tales Collection.

Xavier Thoughts: Recognizing Threats. A couple of weeks ago I wrote a post on the realities of surviving a gunfight. 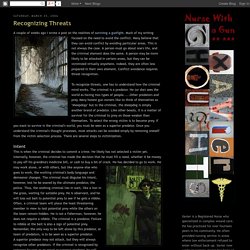 Much of my writing focused on the need to avoid the conflict. Many believe that they can avoid conflict by avoiding particular areas. Dohas of Kabir - The Mystic Poet. Kabirji cries when it sees the the grinding wheels. 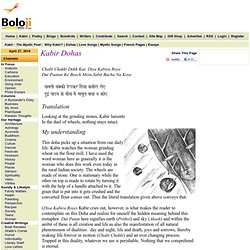 In this material world, nothing stays intact. What is seen is constantly changing and it is all destructible and untruth, and what is not seen is the ONLY TRUTH. 10 Hilariously Outdated Instructional FIlms - Listverse. Pop Culture The 1950s and 1960s—it was a simpler time in America, when the men brought home the bacon and the women knew their place. 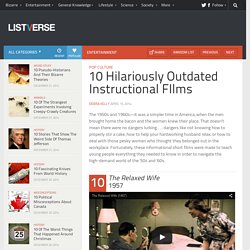 That doesn’t mean there were no dangers lurking . . . dangers like not knowing how to properly stir a cake, how to help your hardworking husband relax, or how to deal with those pesky women who thought they belonged out in the workplace. Fortunately, these informational short films were made to teach young people everything they needed to know in order to navigate the high-demand world of the ’50s and ’60s. The Science of Fire. Archaeologists Hunt for the Tomb of Genghis Khan. His end didn't begin heroically. 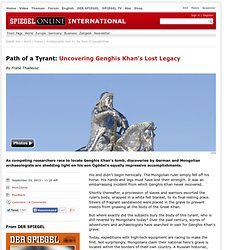 The Mongolian ruler simply fell off his horse. His hands and legs must have lost their strength. It was an embarrassing incident from which Genghis Khan never recovered. Hot spring. Definitions[edit] There is no universally accepted definition of a hot spring. 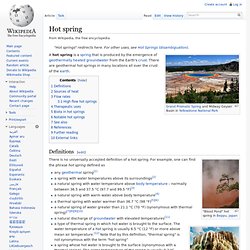 Sources of heat[edit] In active volcanic zones such as Yellowstone National Park, water may be heated by coming into contact with magma (molten rock). What medieval Europe did with its teenagers. Image copyright Getty Images Today, there's often a perception that Asian children are given a hard time by their parents. 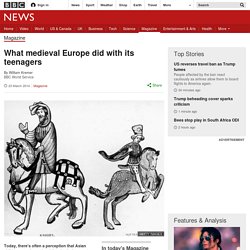 But a few hundred years ago northern Europe took a particularly harsh line, sending children away to live and work in someone else's home. Not surprisingly, the children didn't always like it. The greatest mystery of the Inca Empire was its strange economy. How to be not ignorant about the world. Why Generation Y Yuppies Are Unhappy. Say hi to Lucy.

Lucy is part of Generation Y, the generation born between the late 1970s and the mid 1990s. Poker. A game of Texas hold 'em in progress. 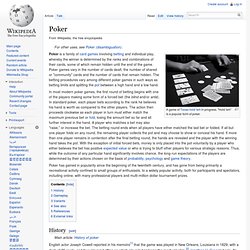 "Hold 'em" is a popular form of poker. Poker has gained in popularity since the beginning of the twentieth century, and has gone from being primarily a recreational activity confined to small groups of enthusiasts, to a widely popular activity, both for participants and spectators, including online, with many professional players and multi-million dollar tournament prizes. History[edit] English actor Joseph Cowell reported in his memoirs[1] that the game was played in New Orleans, Louisiana in 1829, with a deck of 20 cards, and four players betting on which player's hand was the most valuable.[2] Jonathan H. Green's book, An Exposure of the Arts and Miseries of Gambling (G. 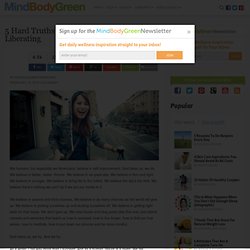 Why Each Year Seems To Disappear More Quickly Than the Last. By Anna Hunt For most people, each passing month of their lives seems to feel shorter than the previous. Many of us can’t believe that stores are already starting to display Christmas products, and if you’re writing a check, you might still catch yourself writing 2013 when 2014 is nearly over. All clocks follow the same 12 hour / 60 minute symmetry, yet studies suggest that as we get older, we don’t experience time the same way. How to tell if someone is telling a lie or lying: Viewzone. We have all met people who were dishonest and avoided eye contact. It has been said that "the eyes are the mirror if the soul. " Many people know that their eyes betray their lies.

Some try to conceal the truth by wearing sunglasses of looking down at the ground.