TorrentInvites.org Tutorials And Guides Index. Reading people. How to Restore an iPad to Factory Default Using iTunes. When you first open the box and pull out your iPad, you go through a series of steps and questions to set it up for first-time use. 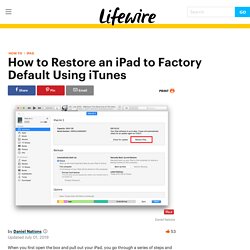 You can repeat this process later by restoring the iPad to factory default, which means the status of the iPad when it left the factory. This process wipes all data and settings from the iPad before restoring it to its pristine condition, which makes it a great, although destructive, troubleshooting step. There are multiple ways to restore an iPad to factory default, including restoring it without even connecting it to iTunes. 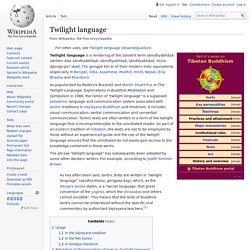 For example, according to Judith Simmer-Brown: Usage[edit] In the Vajrayana tradition[edit] See also[edit] James Shelby Downard. James Shelby Downard (March 13, 1913 – March 16, 1998)[1] was an American conspiracy theorist whose works, most of which have been published in various anthologies from Feral House, examined perceived occult symbolism, twilight language and synchronicity behind historical events in the 20th century. 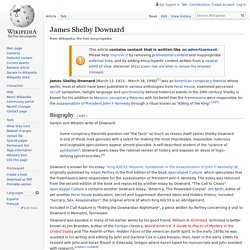 Shelby is known for his addition to Masonic conspiracy theories with his belief that the Freemasons were responsible for the assassination of President John F. Kennedy through a ritual known as "Killing of the King".[2][3] Biography[edit] Vankin and Whalen write of Downard: Some conspiracy theorists question not "the facts" so much as reason itself. Downard is known for his essay “King-Kill/33: Masonic Symbolism in the Assassination of John F.

Sirius Rising In the Days of Synchromysticism. "John F. 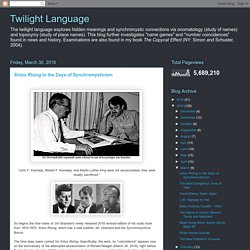 Kennedy, Robert F. Kennedy, and Martin Luther King were not assassinated; they were ritually sacrificed. " So begins the liner notes of Jim Brandon's newly released 2018 revised edition of his audio book from 1974-1975, Sirius Rising, which has a new subtitle, Mr. Downard and the Synchromystical Boson. The time does seem correct for Sirius Rising.

Before Brandon became well-known in Fortean circles for his classics, Weird America (1978) and The Rebirth of Pan (1983), he had created and shared with associates a now long-unavailable and difficult-to-obtain tape of his interviews with James Shelby Downard (March 13, 1913 – March 16, 1998). Twilight Language. The Secret History of Secret Societies. Given the vast number of cults and sub-cults, Parfrey knew his research would be surprising to many. 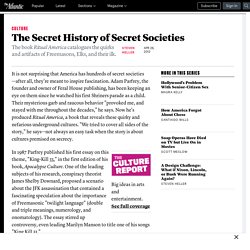 "Despite the success of Joseph Campbell's PBS series a couple decades ago, what good American thinks he's practicing 'rites' or 'rituals? '" Parfrey asks. Twilight language. Conceptual metaphor. A conceptual domain can be any coherent organization of human experience. 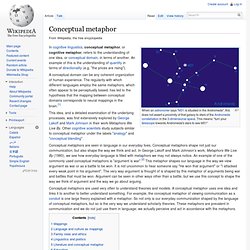 The regularity with which different languages employ the same metaphors, which often appear to be perceptually based, has led to the hypothesis that the mapping between conceptual domains corresponds to neural mappings in the brain.[1] Conceptual metaphors are seen in language in our everyday lives. Conceptual metaphors shape not just our communication, but also shape the way we think and act. How to tell if someone is telling a lie or lying: Viewzone. We have all met people who were dishonest and avoided eye contact. 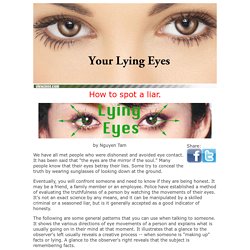 It has been said that "the eyes are the mirror if the soul. " Many people know that their eyes betray their lies. Some try to conceal the truth by wearing sunglasses of looking down at the ground. Eventually, you will confront someone and need to know if they are being honest. It may be a friend, a family member or an employee. James Shelby Downard. "I Hope This Spawns More Wikileaks": Talking Spycraft With "Spy Talk" Blogger Jeff Stein. [caption id="attachment_745" align="alignright" width="300" caption="Jeff Stein enjoying oysters and a glass of Medoc in Normandy last fall with a friendly Alsatian (French dogs hate it when you call them "German"). 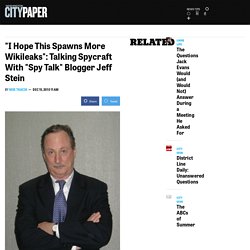 "] [/caption] A couple weeks ago when I chastised the Washington Post for devoting only 11% of its column inches on Wikileaks to the actual content of the leaks themselves, I neglected to mention a notable sanctuary within the Post's HTML borders from the tyranny of Wikileaks meta-coverage: Jeff Stein's Spy Talk blog, whose motto is "Intelligence for Thinking People"—but don't take it from him, take it from the folks at Johnnie Walker Blue Label whiskey, whose banner advertisements I have only ever seen on "Spy Talk"—and I don't think they're going after my sophisticated tastes, guys.