The Four X Factors of Exceptional Leaders. Every February for the last 35 years, the National Football League has run a scouting camp, called a combine, to assess the skills of college players before its annual draft. 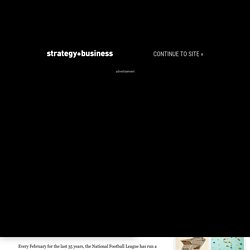 With scientific precision, the players are evaluated on a number of tests, including the 40-yard dash, bench presses, and vertical leaps. Performance at the combine can affect how early a player is selected in the draft, which is assumed to be a leading indicator of career trajectory. However, many studies (pdf) have shown that although the combine measures the table stakes of athletic skills, it misses the intangibles that make a player stand out come game time.

When Your Team’s Path Forward Isn’t Clear, Carve It. 4 Signs an Executive Isn’t Ready for Coaching. How Leaders Can Improve Their Thinking Agility. Leaders operate with near-constant deficits of time, energy, resources, and focus, which keeps them locked in a perpetual state of catch-up. 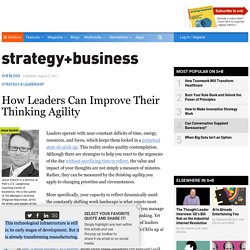 This reality erodes quality contemplation. The New Class of Digital Leaders. A version of this article appeared in the Autumn 2017 issue of strategy+business. A growing number of companies have embraced the need for strong digital leaders. Our 2016 study of chief digital officers (CDOs), which analyzed the presence of such leaders among the world’s 2,500 largest public companies, revealed that 19 percent of these companies have now designated an executive to lead their digital agenda. This number is up from just 6 percent of companies in our 2015 study.

And the uptick has gained momentum in recent years: Sixty percent of the digital leaders we identified in our most recent study have been appointed since 2015. Sixty percent of the digital leaders identified in our study have been appointed since 2015. Such trends reflect the movement at many companies toward a state of more advanced digital competence. The Agile Leader: How to Create an Agile Business in the Digital Age (2018) by Simon Hayward. Putting talent at the top of the CEO agenda. McKinsey global managing partner Dominic Barton discusses how executives serious about delivering value need to spend more time identifying their organizations’ top performers and most critical roles. 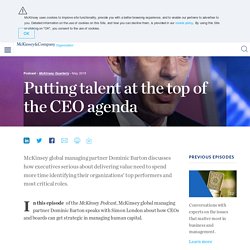 In this episode of the McKinsey Podcast, McKinsey global managing partner Dominic Barton speaks with Simon London about how CEOs and boards can get strategic in managing human capital. Podcast transcript. Unlocking leadership potential in turbulent times. April 23, 2018 – by Claudio Feser and Nicolai Nielsen In turbulent times like these, developing leaders truly matters – yet more than half of executives we talk to say their leadership development initiatives fail. 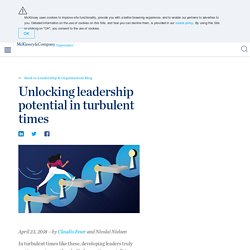 What does it take to unlock an organization’s leadership potential? The four core beliefs associated with improving leadership across an organization include focusing on the shifts that matter, linked to value; engaging a critical mass of pivotal influencers across the organization; architecting programs to maximize behavioral change; and embedding and measuring the change. How Digital Leaders Inspire Engagement. An engaged workforce positions a company’s digital initiatives for success. 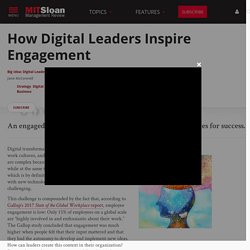 Digital transformation is multidimensional, involving people, work cultures, and technologies. Transformation programs are complex because they address tangible short-term needs, while at the same time building a foundation for the future, which is by definition uncertain. Inspiring people to work with new technologies in a context of uncertainty is challenging. This challenge is compounded by the fact that, according to Gallup’s 2017 State of the Global Workplace report, employee engagement is low: Only 15% of employees on a global scale are “highly involved in and enthusiastic about their work.” Four principles for leading company-wide transformation. How to Lead People in a VUCA World: Lessons from Siemens Healthineers. Resource Guide Leading and Preparing for Change in the Face of AI Robotics.01. Paradigm shift for leaders. February 27, 2018 – by Aaron De Smet Organizational agility presents an existential crisis for middle management. 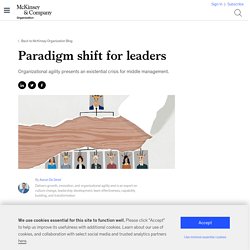 While visionary leaders looking at the big picture are still essential, much planning now is emergent and bottom-up. And decision-making happens much more on the ground in real time. Consequently, in an agile organization, the traditional middle manager’s role – to communicate, direct, and control – is tossed aside. Some companies are even removing all middle-management layers. How to connect like great digital leaders - Korn Ferry Focus. How Effective Leaders Drive Digital Change. One key factor: Leaders’ ability to take risks and accept failures. 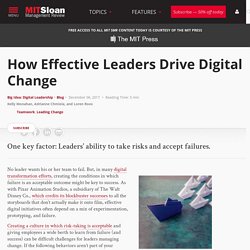 No leader wants his or her team to fail. But, in many digital transformation efforts, creating the conditions in which failure is an acceptable outcome might be key to success. What Sets ‘Superbosses’ Apart From Other Leaders? Today’s best leaders embrace technology as a management tool but retain a human touch, too. 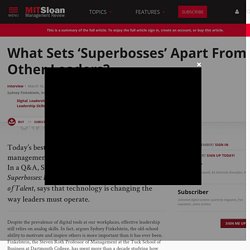 In a Q&A, Sydney Finkelstein, the author of Superbosses: How Exceptional Leaders Master the Flow of Talent, says that technology is changing the way leaders must operate. Despite the prevalence of digital tools at our workplaces, effective leadership still relies on analog skills. Leading with inner agility. Disruptive times call for transformational leaders with a knack for addressing complex problems. 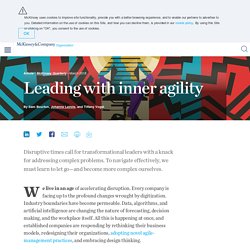 To navigate effectively, we must learn to let go—and become more complex ourselves. Leadership development as a competitive advantage. Talent should be part of every conversation in an organization, says the CEO of Majid Al Futtaim Group. 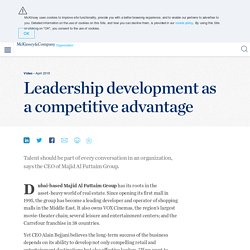 We provide this data willingly for the benefits it brings us. Automated systems allow us to connect globally 24/7; optimise our travel based on real-time traffic conditions; buy anything for next day delivery; see the news we want to see anytime and anywhere; and listen to any music simply by asking for it. How to Argue Civilly - Crucial Skills by VitalSmarts.