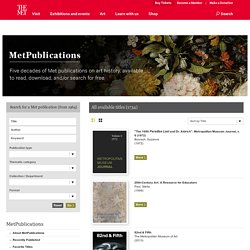 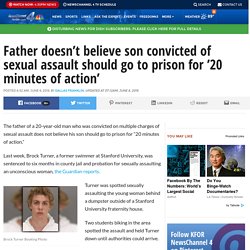 Last week, Brock Turner, a former swimmer at Stanford University, was sentenced to six months in county jail and probation for sexually assaulting an unconscious woman, the Guardian reports. Turner was spotted sexually assaulting the young woman behind a dumpster outside of a Stanford University fraternity house. Two students biking in the area spotted the assault and held Turner down until authorities could arrive. After Turner was found guilty on three felony counts, including assault with intent to commit rape of an intoxicated/unconscious person, penetration of an intoxicated person and penetration of an unconscious person, he faced a maximum of 14 years in prison.

Turner’s father called on the judge to be lenient in his sentencing, saying that his son had already paid “a steep price … for 20 minutes of action.” 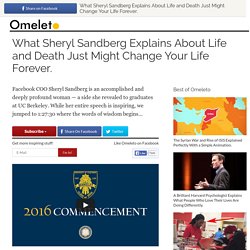 While her entire speech is inspiring, we jumped to 1:27:30 where the words of wisdom begins… Transcript: I am not here to tell you all the things I’ve learned in life. Today I will try to tell you what I learned in death. One year and 13 days ago, I lost my husband, Dave. 100 Great Children’s Books. Great stories never grow old! 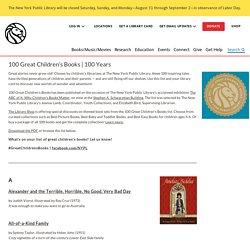 Chosen by children’s librarians at The New York Public Library, these 100 inspiring tales have thrilled generations of children and their parents — and are still flying off our shelves. Use this list and your library card to discover new worlds of wonder and adventure! 100 Great Children’s Books has been published on the occasion of The New York Public Library’s acclaimed exhibition The ABC of It: Why Children’s Books Matter, on view at the Stephen A. 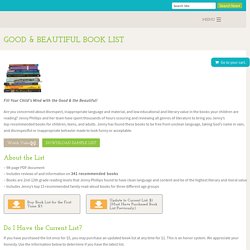 Fill Your Child’s Mind with the Good & the Beautiful! Are you concerned about disrespect, inappropriate language and material, and low educational and literary value in the books your children are reading? 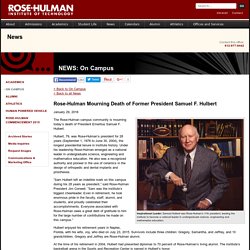 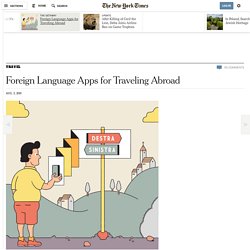 Catholic Nun Explains Pro-Life In A Way That Will Stun Many (Especially Republican Lawmakers) The Earthquake That Will Devastate the Pacific Northwest. When the 2011 earthquake and tsunami struck Tohoku, Japan, Chris Goldfinger was two hundred miles away, in the city of Kashiwa, at an international meeting on seismology.

As the shaking started, everyone in the room began to laugh.

The Dark Truth Of John Boehner's Resignation. This is something that should not slip by lightly. 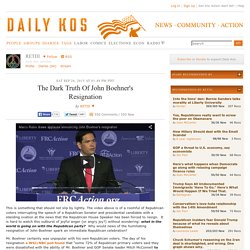 The video above is of a roomful of Republican voters interrupting the speech of a Republican Senator and presidential candidate with a standing ovation at the news that the Republican House Speaker has been forced to resign. It is hard to watch this outburst of joyful anger (or angry joy?) Without wondering: what in the world is going on with the Republican party? Why would news of the humiliating resignation of John Boehner spark an immediate Republican celebration? Mr.

AnthropologyGeography/Geology/ Upper Midwest. Hillary-clinton. Photo Hillary Clinton was nodding solemnly to the mother of a 9/11 victim when Huma Abedin, standing across the room, called out, “Let’s load!” 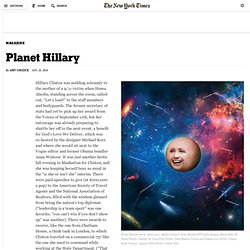