Pre 1825 Locomotives - Part 1. Introduction I have always been interested in the pioneering steam locomotives and because of this I have decided to try and set down, in chronological order, a description of all the locomotives built before 1825. 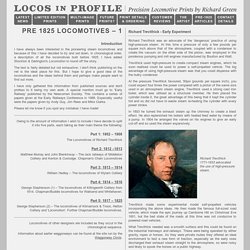 I have added Stockton & Darlington's Locomotion to round off the story. The text is fairly detailed but not exhaustive; I don't think publishing on the net is the ideal place for this. But I hope to give a good idea of the locomotives and the ideas behind them and perhaps make people want to find out more. I have only gathered this information from published sources and don't profess to it being my own work. Please let me know if you spot any mistakes I have made! 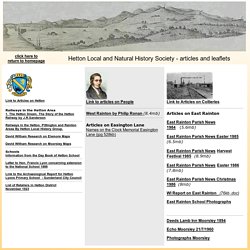 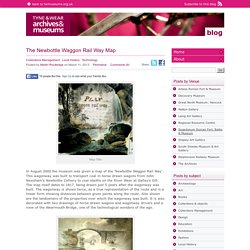 Perth General Station. The Hub of the Scottish Main Lines. 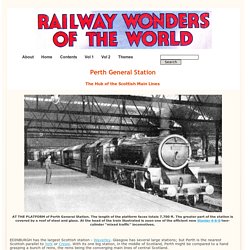 Disused Stations: Lauder Station. Notes: After Lauder station opened, the NBR made it known that they were not happy with the standard of the contractor’s work or with the facilities that had been provided at Lauder. 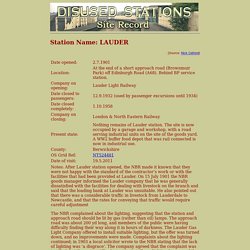 On 15 July 1901 the NBR goods manager informed the Lauder company that he was generally dissatisfied with the facilities for dealing with livestock on the branch and said that the loading bank at Lauder was unsuitable. He also pointed out that there was a considerable traffic in livestock from Lauderdale to Newcastle, and that the rates for conveying that traffic would require careful adjustment. File. Liste des chemins de fer touristiques de France. Un article de Wikipédia, l'encyclopédie libre. 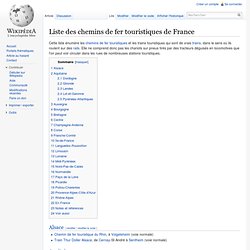 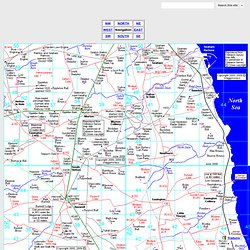 Image reproduced with kind permission of Ordnance Survey and Ordnance Survey of Northern Ireland. Please observe the COPYRIGHT of this website. Printing and copying should be for personal use only and NOT for commercial purposes. Waggonways Home Page Placenames in maptile NZ3545. The Newbottle Waggon Rail Way Map. Map Title In August 2000 the museum was given a map of the ‘Newbottle Waggon Rail Way’ . 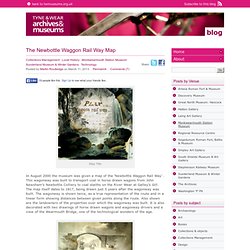 Detailed Modern and Old Aerial Photos of , - 1947 to Date. The preview shown on the left is a low resolution view. 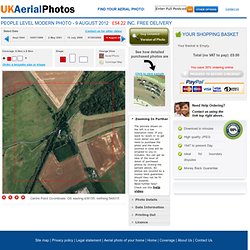 If you want to 'zoom in' to get more detail you will need to purchase the photo and the more zoomed in view will be emailed to you in minutes. You can get an idea of the level of detail of purchased photos by clicking the sample above. All photos are covered by a money back guarantee should they not be fit for purpose. Need further help?

Check out this help video. Format: Purchased photos are supplied as a JPEG that can be used with most graphics software. Resolution: 10cm. File size of purchased photo: 7.5MB. History of Railways in County Durham - Waggonways. This refers to the pre-1974 boundary of County Durham, after which Gateshead, South Tyneside, Sunderland, Darlington, Stockton on Tees and Hartlepool became independent local government authorities. 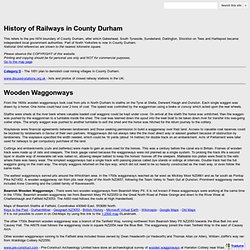 Part of North Yorkshire is now in County Durham.National Grid references are shown to the nearest kilometre square. Please observe the COPYRIGHT of this website. Printing and copying should be for personal use only and NOT for commercial purposes.Go to the map page Category D - The 1951 plan to demolish coal mining villages in County Durham. www.disused-stations.org.uk - lists and photos of closed railway stations in the UK. Disused Stations:Belmont Junction. Notes: The station opened as Belmont to serve as the junction between the main line from Gateshead to Darlington and the branch to Durham, whose station was on Gilesgate.

From 1852 the station was known as Belmont Junction. The single-storey station building, stone-built with a series of gables facing the tracks, was located in the ‘V’ of the junction, and a subsidiary building stood on the ‘up’ (east side) line. The OS 1856 map does not indicate that the station had platforms. A sandstone water tower , designed by G T Andrews and described as a ‘gas house’ on the OS 1856 map, stood immediately south of the main building. This stately two-storey edifice presented only its upper floor at the track level, which was on an embankment and was accompanied by a carefully detailed chimney, perched like a memorial column on a tall pedestal. In June 1849 eight main line trains called on weekdays in each direction, and six on Sundays. Sources and bibliography: Trains-fr: patrimoine et tourisme ferroviaire. La France Vue Du Rail.

Riverside Yard: Operating Instructions. About This page contains instructions for operating both the Skowhegan & Athens and Riverside Yard. The first four sections are common to either, the final two sections are specific to the individual layouts. Movement To move the loco, and any connected stock, click on the left or right button [see below], either click once to move one 'space', or hold down to move further. Movement will only be allowed if there is free track available. Points. Railway map of Northumberland, UK - Waggonways. These maps show the pre-1974 boundaries of Northumberland, after which North Tyneside Council became an independent local authority.

Newcastle upon Tyne has been independent since the 1400s. Islandshire, Norhamshire and Bedlingtonshire were enclaves of Durham until 1844.National Grid references are shown to the nearest kilometre square. Please observe the COPYRIGHT of this website. Printing and copying should be for personal use only and NOT for commercial purposes. Click the keymap to view overlapping maps. BBC Four - Collections - Steam Railways. Geoff's rail links. Geoff's Rail Links UK Sites: General Mainline Tours Homepage for UK steam special information Pathfinder Tours Railtour operators. Heritage Railway Association.

Rail Map online - UK & Ireland. TheRailwaysofHettonPittingtonandRainton_001. Runninganedwardianrailway. The remainder of the locomotive fleet also received plenty of attention. One major job undertaken in the Works in 1904 was the rebuilding of No.27, the most interesting locomotive ever to run on the Railway, It had been constructed as a 2-4-0 tender locomotive with 14in x 22in outside cylinders and 5ft7 1/4in wheels for the Newcastle & Darlington Railway in 1845 by Robert Stephenson & Co of Newcastle, works number 491. It became NER number 30 when that Com­pany was formed in 1854, later changing to number 1899 and then 1761.