The Fungi in Your Future. Long Now Foundation - Think About The Next 10,000 Years. Why hasn't prefab construction taken over yet? Podcasts.google. 4 août 2020 Craig Childs: Tracking the First People into Ice Age North America Tune in at 5:00pm PT on 8/4/20 to watch the public live stream of this talk on YouTube, Facebook, Twitter or Long Now Live. 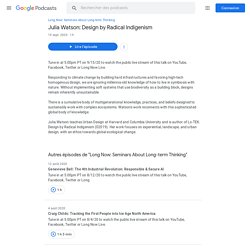 Craig Childs chronicles the last millennia of the Ice Age, the violent oscillations and retreat of glaciers, the clues and traces that document the first encounters of early humans, and the animals whose presence governed the humans chances for survival. With the cadence of his narrative moving from scientific observation to poetry, he reveals how much has changed since the time of mammoth hunters, and how little.

Across unexplored landscapes yet to be peopled, readers will see the Ice Age, and their own age, in a whole new light. Mushroom Material. Major funding for "Making Stuff" is provided by the National Science Foundation. 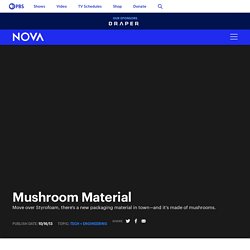 This material is based upon work supported by the National Science Foundation under Grant No. DRL-1222986. Any opinions, findings, and conclusions or recommendations expressed in this material are those of the author(s) and do not necessarily reflect the views of the National Science Foundation. Additional funding is provided by the U.S. Department of Energy's Office of Science. This material is based upon work supported by the Department of Energy under Award Number(s) DE-SC0008715. National corporate funding for NOVA is provided by Draper. The Human Health Implications of Plant-Based and Cultivated Meat for Pandemic Prevention and Climate Mitigation. Program Information Date: August 26th, 2020 at 2:00 PM ET Duration: 2 Hours Last Day to Register: August 19th, 2020 In my new book How to Survive a Pandemic and my last COVID-19 Webinar I marveled at the constellation of new consumer choices in the dairy and meat aisle helping to innovate us out of our precarious situation with regards to the pandemic threats posed by animal agriculture. 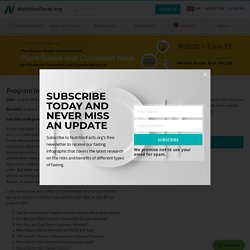 Plant-based meats, milks, and egg products—as well as even more pioneering approaches involving cellular agriculture—could also offer enormous benefits for the climate crisis. I did a deep dive and crafted a dozen videos on the topic that I’m going to unveil in a 2-hour live webinar with Q&A at 2pm ET on August 26th: Coronavirus Will Change the World Permanently. Here’s How. Revived trust in institutions.Michiko Kakutani is author of the 2018 bestseller The Death of Truth and former chief book critic of the New York Times. 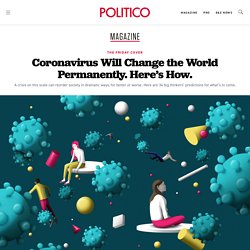 The coronavirus pandemic, one hopes, will jolt Americans into a realization that the institutions and values Donald Trump has spent his presidency assailing are essential to the functioning of a democracy—and to its ability to grapple effectively with a national crisis. A recognition that government institutions—including those entrusted with protecting our health, preserving our liberties and overseeing our national security—need to be staffed with experts (not political loyalists), that decisions need to be made through a reasoned policy process and predicated on evidence-based science and historical and geopolitical knowledge (not on Trump-ian “alternative facts,” political expediency or what Thomas Pynchon called, in Gravity’s Rainbow, “a chaos of peeves, whims, hallucinations and all-round assholery”). Fast forward to 2020. How an obsession with home ownership can ruin the economy. Can America Benefit from Covid? Ask 14th-Century Florence. In sheer numbers, the Black Death of 1348 was an unalloyed horror. 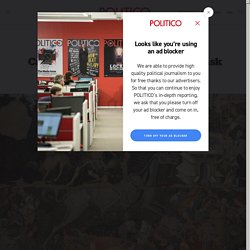 The bubonic plague killed between 30 and 70 percent of Europeans, and left the survivors bereft. At the height of the plague, in 1349, the poet Petrarch wrote: “The life we lead is a sleep; whatever we do, dreams. Only death breaks the sleep and wakes us from dreaming. I wish I could have woken before this.” His son Giovanni survived that plague only to die during a recurrence in 1361. The Europe that emerged afterward was different and, due to depopulation, offered new opportunities. It helped that Florentine society had already been laying the groundwork for change. But with openings caused by mass death at all levels of Florentine society, “new men” flooded Florence. The Coronavirus Pandemic Can Lead Us to a Smarter Future. International Biodiversity Day: How the Svalbard Seed Vault defends plants against future outbreaks. More recently, wheat rust—a set of fungal diseases known as the “polio of agriculture”—have been slowed by resistant genes found in the wheat collection stored and bred at CIMMYT, the International Maize and Wheat Improvement Center in El Batán, Mexico. 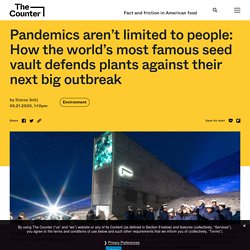 The fungus has been around since the mid-1900s but, in 1999, a “super-race” of wheat rust surfaced in Uganda. That strain “had the ability to take out most of the resistance that was being used in wheat throughout the world,” CIMMYT senior scientist Dave Hodson explained, on the Cornell University podcast Plantopia, “It was capable of complete crop loss in just a few weeks.” Like the flu virus, wheat rust keeps mutating, which is why researchers continue to turn to the traits found in stored collections for help. “If this isn’t the retail apocalypse I don’t know what would be” UBS now predicting 2% store closures across US, every year to 2025.