Janis☆Joplin. (1) What Plants Talk About (Full Documentary) Frankly, We Do Give a Damn: The Relationship Between Profanity and Honesty. Social Psychological and Personality Science. September. Against All Odds, England's Massive Chalk Horse Has Survived 3,000 Years. If you stand in the valley near the village of Uffington in Oxfordshire, England, and look up at the high curve of chalk grassland above you, one thing dominates the view. 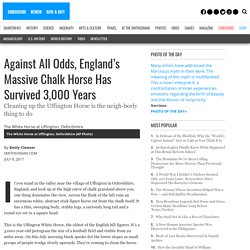 Across the flank of the hill runs an enormous white, abstract stick figure horse cut from the chalk itself. It has a thin, sweeping body, stubby legs, a curiously long tail and a round eye set in a square head. This is the Uffington White Horse, the oldest of the English hill figures. It’s a 3,000-year-old pictogram the size of a football field and visible from 20 miles away. On this July morning black specks dot the lower slopes as small groups of people trudge slowly upwards. Why Silicon Valley titans are obsessed with immortality. People have been trying to live forever for … basically forever.

My watch reflects my personality : funny. Ken Kesey interview on "One Flew Over the Cuckoo's Nest" (1992) Ken Kesey on Late Night, November 8, 1983. The Haight Ashbury District of San Francisco. Eat your broccoli! : funny. The First Rule of Mickey Mouse Club –click 2x. China gets a new billionaire every 5 days 2 clicks. Asia has reportedly produced a new billionaire every week. 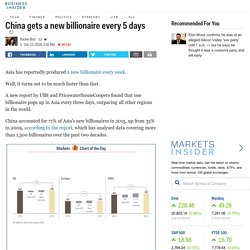 Well, it turns out to be much faster than that. A new report by UBS and PricewaterhouseCoopers found that one billionaire pops up in Asia every three days, outpacing all other regions in the world. China accounted for 71% of Asia's new billionaires in 2015, up from 35% in 2009, according to the report, which has analyzed data covering more than 1,300 billionaires over the past two decades. PwC Of 113 Asian entrepreneurs who reached billionaire status last year, 80 of them are from China, the report says. Last September, the government earmarked innovation reform as a priority. This fosters a favorable environment for young Chinese entrepreneurs to get rich fast, according to the report. Here is UBS-PwC: "Almost half of these came from the technology (19%), consumer & retail (15%) and real estate (15%) sectors.

Drinking coffee once punishable by death click 2x. Michael Jackson: On the Wall review – king of pop as the ultimate muse. ‘Ariel of the ghetto,” the writer Hilton Als called him. 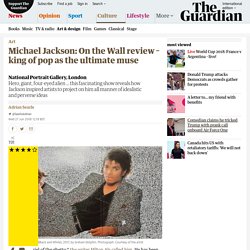 He has been compared to Baudelaire and Frankenstein’s monster; he played the Scarecrow in the Wiz, and transformed himself into a zombie in the Thriller video. He was both a global superstar and an enigma, almost universally feted, then prosecuted and vilified. Michael Jackson, now the subject of a large and surprising exhibition at London’s National Portrait Gallery, proves to be an enormously fertile figure for artists to have got their heads, as well as their art around, and often their hearts too. Largely, Jackson passed me by, except as a kind of background music. The videos came and went on the screen and, as the news stories and TV footage became ever more puzzling and alarming, what interest I might have had in him became increasingly voyeuristic.

Improvisational Comedy. Well, this is awkward. The lie pictures tell: an ex-model on the truth behind her perfect photos. I sit in child’s pose on the carpet, my back inches away from the heater in the wall, cradling images of the girl I used to be. 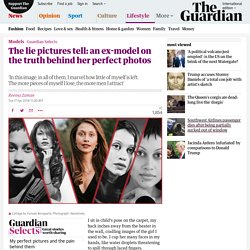 I cup her many faces in my hands, like water droplets threatening to spill through laced fingers. In each picture, I am the result of another person, their needs, opinions, objectives, desires. I came across this stack of photos tucked inside a wooden jewelry box while searching for earrings to wear for my evening performance. The contrast between the girl visible and the tales beneath fell me to my knees, to curl against this wall hoping to feel warm again. Here I am at 18. It started a few months ago. There's our exit! Ten scandalous moments from the history of the Olympics. Love and Sadness in 5 Countries, Seen in Their Top GIFs 2 clicks. The Site of Hitler’s Suicide Is Now a Playground.

Six of the world's most beautiful ex war zones. The human race has a nasty habit of messing up the beautiful scenery, towns, cities and civilizations we’ve been gifted. 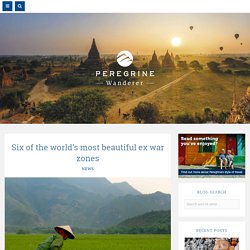 In fact, we’re so good at getting angry with one another that since 1600BC, over 14,500 major wars have been fought. To put a more recent spin on that information: no 25-year period has been without war since 1495. But after conflicts end, some countries do a rather fine job of picking themselves up, dusting themselves off and moving forward. Cat on Ice 2 clicks. Cat is outnumbered but not out-spirited. Panda Cheese GIFs - 2 clicks. The 1996 Article Every Millennial Should Read –What you may not know. The question as to why many Millennials —and millennial feminists in particular— seem to have turned their backs on Hillary Clinton has been explored at length this primary season. 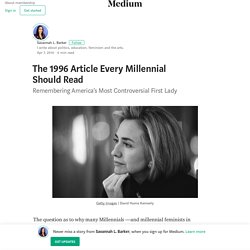 The Daily Beast, Huffington Post, and Los Angeles Times have all come to varying conclusions: Hillary is “not feminist enough,” Hillary is “part of the establishment,” and Bernie’s youthful idealism is more appealing than Hillary’s less sexy pragmatism. All of these factors undoubtedly play a large role in the overall negative perception some Millennials have of Hillary Clinton, but the more obvious answer is simply this: we Millennials are coming to know Hillary Clinton after 20 years of relentless personal and political attacks. Whatever you may think of her, you cannot deny that no other public figure has been subjected to the kind of merciless scrutiny that Hillary Clinton has endured throughout her career.

Those of us born after 1980 don’t remember First Lady Hillary Clinton.