Going to the store 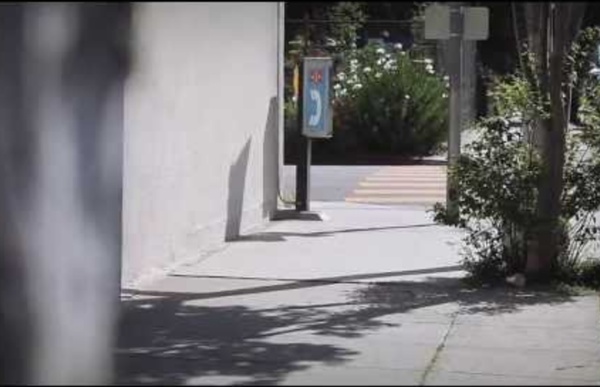 14 Incredible Kinetic Sculptures that are Poetry in Motion click 2x The sculpting world was once one of marble and still life. It was a place where movement was impossible, and thus often a dead place where immobile representations stood like mausoleums. Then came the world of kinetic sculpting, where motion and movement were as much a part of pieces as were the sculptures themselves. Why Silicon Valley titans are obsessed with immortality People have been trying to live forever for … basically forever. But cheating death has always been a particular obsession for the rich. Ancient Chinese emperor Qin Shi Huang took mercury pills in his quest for immortality during the third century BCE (whoops), while Egyptian pharaohs had their remains mummified to prepare for the afterlife—only to have powders made from their crushed-up bones consumed by the likes of European royalty seeking health remedies in the 16th and 17th centuries. In more recent years, elites have experimented with young blood transfusions and syringes filled with the cells of fetal lambs, which they’ve had injected into their buttocks. The present-day pursuit of physical immortality—or, at the very least, a substantially extended lifespan—is a booming business.

When will we see the world's first trillionaire? Every so often Forbes, the magazine closely associated with America’s corporate elite, compiles its Fictional Fifteen – a chart of the wealthiest characters in film and literature, to complement its well-known annual list of the world’s wealthiest individuals. After carefully assessing the assets of the likes of Bruce Wayne and Montgomery Burns, its most recent analysis concluded that Scrooge McDuck – mining magnate and uncle of Donald Duck – was top, with an estimated net worth of $65bn, narrowly beating the dragon Smaug. But perhaps the most remarkable feature of an altogether remarkable list is rarely noted: the degree to which fictional billionaires have lost ground to real-life ones. According to Forbes, Jeff Bezos, the founder of Amazon with an estimated fortune of $98bn, has recently overtaken Bill Gates to become the world’s richest man. It seems we have reached the point where there are people in the world richer than we are capable of imagining.

The best science-fiction and fantasy films: who's lost in space? In space, no one can hear you seethe. For our penultimate movie-wrangling exercise, we've tackled the biggest one of them all, the death star of genres: science fiction. Surely nowhere else within film fandom are opinions so strongly held, enthusiasms so passionate. Kinetic Sculpture, From Duchamp to Anthony Howe 2 clicks Art that contains movement perceivable by the viewer or that relies on motion for its effect—this is the definition of kinetic art. While the definition explains the practical notion, it doesn't emphasize the hypnotic capabilities of the artform. And though it comprises any medium, it's actually kinetic sculpture that most comes to mind when thinking of the genre. So where did kinetic sculpture get its start? Believe it or not, the earliest traces are owed to Impressionists like Monet and Degas who tried to express human movement in their paintings. But it was actually during the first half of the 20th century, when artists like Alexandre Calder experimented with mobiles, solidifying the birth of kinetic sculpture.

Against All Odds, England's Massive Chalk Horse Has Survived 3,000 Years If you stand in the valley near the village of Uffington in Oxfordshire, England, and look up at the high curve of chalk grassland above you, one thing dominates the view. Across the flank of the hill runs an enormous white, abstract stick figure horse cut from the chalk itself. It has a thin, sweeping body, stubby legs, a curiously long tail and a round eye set in a square head.

Wizard of Oz is most influential Hollywood film per Northwestern U An academic study claims it has established that the most culturally significant Hollywood film ever made is the 1939 Technicolor musical The Wizard of Oz. In a paper entitled Cross-evaluation of Metrics to Estimate the Significance of Creative Works, issued by Illinois’ Northwestern University, the study’s authors – Max Wasserman, Xiao Han T Zeng and Luís AN Amaral – analysed the “movie connections” section of the Internet Movie Database in an effort to uncover the “most cited” film – and, therefore, the most influential. Their resulting table excludes any film less than 25 years older than the citee, to reinforce the sense of what the paper calls “lasting importance”. The Wizard of Oz, which starred Judy Garland and Frank Morgan, heads the list with some 565 so-called “long-gap citations”, a considerable distance ahead of the first Star Wars movie (released in 1977), which took second spot with 297.