(1) What Plants Talk About (Full Documentary) 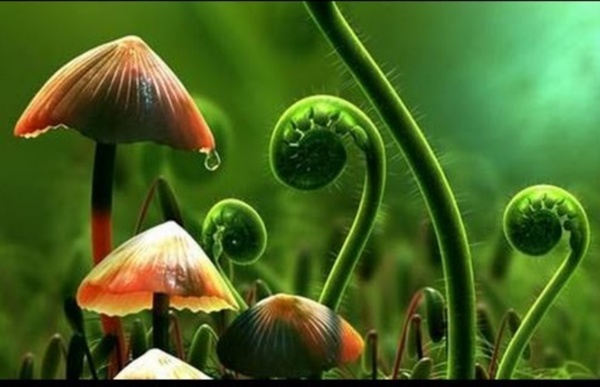 Related:  know about world • The Only Earth We Have • And Now for Something Completely Different-(No, M. Python at Amusements)

Formation of the moon brought water to Earth The Earth is unique in our solar system: It is the only terrestrial planet with a large amount of water and a relatively large moon, which stabilizes the Earth's axis. Both were essential for Earth to develop life. Planetologists at the University of Münster (Germany) have now been able to show, for the first time, that water came to Earth with the formation of the Moon some 4.4 billion years ago. The Moon was formed when Earth was hit by a body about the size of Mars, also called Theia. Until now, scientists had assumed that Theia originated in the inner solar system near the Earth.

Why Silicon Valley titans are obsessed with immortality People have been trying to live forever for … basically forever. But cheating death has always been a particular obsession for the rich. Ancient Chinese emperor Qin Shi Huang took mercury pills in his quest for immortality during the third century BCE (whoops), while Egyptian pharaohs had their remains mummified to prepare for the afterlife—only to have powders made from their crushed-up bones consumed by the likes of European royalty seeking health remedies in the 16th and 17th centuries. In more recent years, elites have experimented with young blood transfusions and syringes filled with the cells of fetal lambs, which they’ve had injected into their buttocks. The present-day pursuit of physical immortality—or, at the very least, a substantially extended lifespan—is a booming business.

The Social Life of Forests The Social Life of Forests By Ferris Jabr Photographs by Brendan George Ko As a child, Suzanne Simard often roamed Canada’s old-growth forests with her siblings, building forts from fallen branches, foraging mushrooms and huckleberries and occasionally eating handfuls of dirt (she liked the taste). Her grandfather and uncles, meanwhile, worked nearby as horse loggers, using low-impact methods to selectively harvest cedar, Douglas fir and white pine. They took so few trees that Simard never noticed much of a difference.

Mathematical framework turns any sheet of material into any shape using kirigami cuts Researchers from the Harvard John A. Paulson School of Engineering and Applied Sciences (SEAS) have developed a mathematical framework that can turn any sheet of material into any prescribed shape, inspired by the paper craft termed kirigami (from the Japanese, kiri, meaning to cut and kami, meaning paper). Unlike its better-known cousin origami, which uses folds to shape paper, kirigami relies on a pattern of cuts in a flat paper sheet to change its flexibility and allow it to morph into 3-D shapes. Artists have long used this artform to create everything from pop-up cards to castles and dragons. Zero elephants poached in a year in top Africa wildlife park One of Africa's largest wildlife preserves is marking a year without a single elephant found killed by poachers, which experts call an extraordinary development in an area larger than Switzerland where thousands of the animals have been slaughtered in recent years. The apparent turnaround in Niassa reserve in a remote region of northern Mozambique comes after the introduction of a rapid intervention police force and more assertive patrolling and response by air, according to the New York-based Wildlife Conservation Society, which manages the reserve with Mozambique's government and several other partners. Monitoring of the vast reserve with aerial surveys and foot patrols remains incomplete and relies on sampling, however. And despite the sign of progress, it could take many years for Niassa's elephant population to rebuild to its former levels even if poaching is kept under control. "It is a major and very important development that poaching has ceased.

Related:
Related:  know about world   -  The Only Earth We Have   -  And Now for Something Completely Different-(No, M. Python at Amusements)