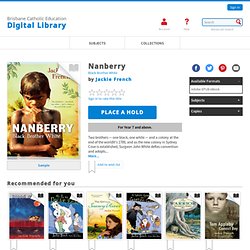 Action=AuthCheck&ForceLoginFlag=0&URL=WaitingListForm.htm%3FID=B7BA54E4-9AAE-4393-809E-6E1917937353%26Format=410" class="radius large button details-title-button" data-checkedout="0" data-contentstatus="0">Place a Hold</a> For Year 7 and above. Two brothers — one black, one white — and a colony at the end of the worldIt's 1789, and as the new colony in Sydney Cove is established, Surgeon John White defies convention and adopts... 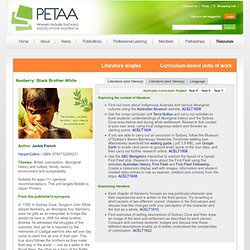 This unit targets Middle to Upper Primary. From the publisher's synopsis In 1789, in Sydney Cove, Surgeon John White adopts Nanberry, an Aboriginal boy. Literature (and literacy) Literature (and literacy) Language Australian Curriculum: English Year 53 Year 64 Year 75. Nanberry teaching suggestions. Jackie French historical books. The Goat Who Sailed the World - The Goat That Sailed the World is the true story of the very stroppy animal who sailed with James Cook on the Endeavour, on the voyage that first mapped Australia's east coast and led to the British colony there 20 years later. 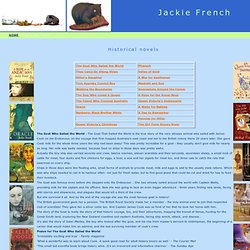 She gave Cook milk for the whole three years the ship had been away! This was pretty incredible for a goat - they usually don't give milk for nearly as long. Her milk was badly needed, because food on ships in those days was pretty awful. Actually the tiny ship also carried seventy-one crew, twelve marines, eleven scientists and their servants, seventeen sheep, a small mob of cattle for meat, four ducks and five chickens for eggs, a boar, a sow and her piglets for meat too, and three cats to catch the rats that swarmed on every ship.

Ships in those days were like floating arks, small farms of animals to provide meat, milk and eggs to add to the usually stale rations. Identity and Belonging - VCE Study Guides. Texts: Bruce Dawe, Sometimes Gladness Carson McCullers, The Member of the Wedding Alice Pung, Growing Up Asian in Australia Anthony Fabian, Skin Exploring Identity and Belonging : When studying Exploring Issues of Identity and Belonging, there are some key questions that you will need to ask yourself in order to understand the concept. 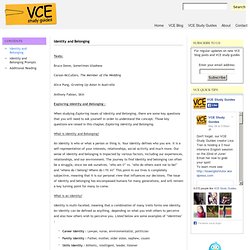 What is Identity and Belonging? An identity is who or what a person or thing is. What is an identity? Identity is multi-faceted, meaning that a combination of many traits forms one identity. Teachers_Notes_Nanberry.pdf - Bookvibes.com. S1 Nanberry: Black Brother White by Jackie French. The novel Nanberry was awarded an Honour book in the 2012 Children’s Book Council of Australia Book of the Year for Younger Readers awards and is aimed at an audience of independent readers ten years and over, according to the publisher. 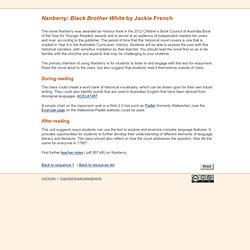 The period of time that this historical novel covers is one that is studied in Year 4 in the Australian Curriculum: History. Students will be able to explore the past with this historical narrative, with sensitive mediation by their teacher. You should read the novel first so as to be familiar with the storyline and aspects that may be challenging to your students. The primary intention of using Nanberry is for students to listen to and engage with this text for enjoyment. Read the novel aloud to the class, but also suggest that students read it themselves outside of class. During reading The class could create a word bank of historical vocabulary, which can be drawn upon for their own future writing. After reading Back to sequence 15 | Aboriginal People of Coastal Sydney. ABC Online Indigenous - Interactive Map. My Place for teachers. From April to May 1789 an outbreak of smallpox devastated Aboriginal clans around the New South Wales colony. 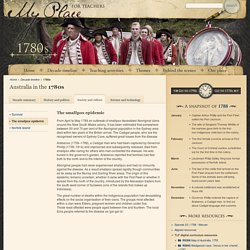 It has been estimated that somewhere between 50 and 70 per cent of the Aboriginal population in the Sydney area died within two years of the British arrival. The Cadigal people, who are the recognised owners of Sydney Cove, suffered great losses from the disease. Arabanoo (1759–1789), a Cadigal man who had been captured by Governor Phillip (1738–1814) and imprisoned and subsequently released, died from smallpox after caring for others who had contracted the disease.

He was buried in the governor's garden. Nanberry Cloze Passage. The harbour was emu-berry blue, the ripples playing in the sun. 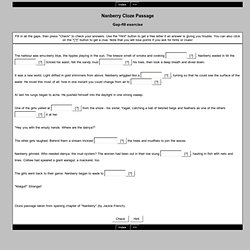 The breeze smelt of smoke and cooking . Nanberry waded in till the tickled his waist, felt the sandy mud his toes, then took a deep breath and dived down. It was a new world. Light drifted in gold shimmers from above. Nanberry wriggled like a , turning so that he could see the surface of the water. At last his lungs began to ache. National Identity-Australia www.abc.net.au.