Lives of the Poets. How James Joyce's Daughter, Lucia, Was Treated for Schizophrenia by Carl Jung. The life of James Joyce’s schizophrenic daughter Lucia requires no particular embellishment to move and amaze us. 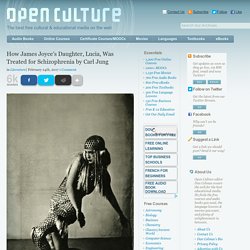 The “received wisdom,” writes Sean O’Hagan, about Lucia is that she lived a “blighted life,” as a “sickly second child” after her brother Giorgio. The American Novel Since 1945: A Free Yale Course on Novels by Nabokov, Kerouac, Morrison, Pynchon & More. Taught by professor Amy Hungerford, The American Novel Since 1945 offers an introduction to the fertile literary period that followed World War II. 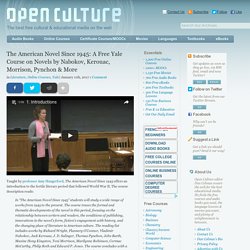 The course description reads: In “The American Novel Since 1945” students will study a wide range of works from 1945 to the present. The course traces the formal and thematic developments of the novel in this period, focusing on the relationship between writers and readers, the conditions of publishing, innovations in the novel’s form, fiction’s engagement with history, and the changing place of literature in American culture. The reading list includes works by Richard Wright, Flannery O’Connor, Vladimir Nabokov, Jack Kerouac, J. D. You can watch the 26 lectures from the course above, or find them on YouTube and iTunes (video – audio). The main texts used in this course include: The Lost Colours of the Chameleon - Kindle. George Orwell: What is Fascism? Of all the unanswered questions of our time, perhaps the most important is: ‘What is Fascism?’ 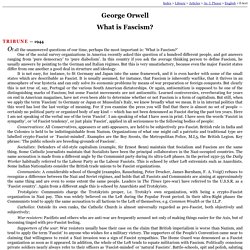 One of the social survey organizations in America recently asked this question of a hundred different people, and got answers ranging from ‘pure democracy’ to ‘pure diabolism’. In this country if you ask the average thinking person to define Fascism, he usually answers by pointing to the German and Italian régimes. But this is very unsatisfactory, because even the major Fascist states differ from one another a good deal in structure and ideology. A collection of pamphlets, mainly political, formed by George Orwell. English During the mid-1930s and 40s George Orwell became an avid collector of pamphlets. 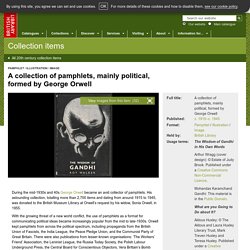 Using literature - an introduction. Click on the headings below to find out more about available materials and support for teachers in each area. 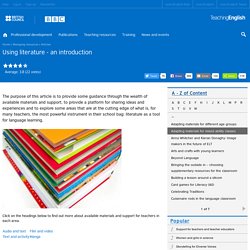 Literature in ELTThe use of literature in the ELT classroom is enjoying a revival for a number of reasons. Having formed part of traditional language teaching approaches, literature became less popular when language teaching and learning started to focus on the functional use of language. However, the role of literature in the ELT classroom has been re-assessed and many now view literary texts as providing rich linguistic input, effective stimuli for students to express themselves in other languages and a potential source of learner motivation. On this site you can find a range of literary texts and supporting classroom materials, on the BritLit pages.

What do we mean by literature? When High Technology Meets Immortality by Nathaniel Rich. Zero K by Don DeLillo Scribner, 274 pp., $27.00 In Zero K Don DeLillo has found the perfect physical repository for his oracular visions, his end-time reveries, his balladry of dread. 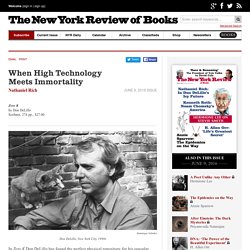 The place is called the Convergence. Castles in the Air: 8 Gentle Quotes by Transcendentalists. America’s religious streak took off in an odd direction in the early 19th century as Transcendentalist philosophers and writers began tending to a sorely under-nourished part of our national identity, channeling that world-famous revolutionary spirit toward gentler, more introspective aims. 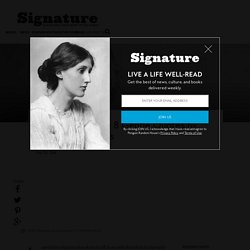 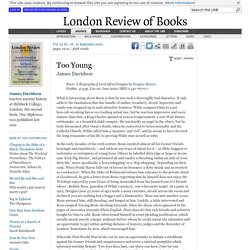 It only adds to the fascination that this bundle of malice, treachery, deceit, hypocrisy and vanity was wrapped up in such attractive features. E.P. Thompson reviews ‘Wordsworth and Coleridge’ by Nicholas Roe · LRB 8 December 1988. Wordsworth and Coleridge: The Radical Years by Nicholas Roe Oxford, 306 pp, £27.50, March 1988, ISBN 0 19 812868 1 ‘I am of that odious class of men called democrats,’ Wordsworth wrote to his friend William Mathews in 1794. 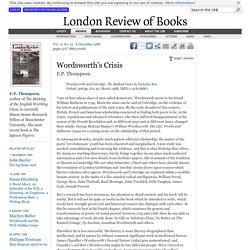 Much the same can be said of Coleridge, on the evidence of his letters and publications of the mid-1790s. By the early decades of this century, British, French and American scholarship concurred in finding both poets to be, in the 1790s, republicans and advanced reformers, who then suffered disappointment in the course of the French Revolution and, in different ways and at different times, changed their minds. 'Howl' by Allen Ginsberg (with subtitles) - HQ. [ Walt Whitman ] I CELEBRATE myself, and sing myself, And what I assume you shall assume, For every atom belonging to me as good belongs to you. 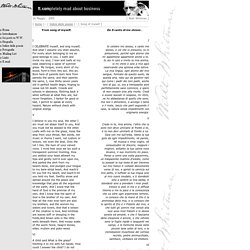 I loafe and invite my soul, I lean and loafe at my ease observing a spear of summer grass. My tongue, every atom of my blood, form'd from this soil, this air, Born here of parents born here from parents the same, and their parents the same, I, now thirty-seven years old in perfect health begin, Hoping to cease not till death. Creeds and schools in abeyance, Retiring back a while sufficed at what they are, but never forgotten, I harbor for good or bad, I permit to speak at every hazard, Nature without check with original energy.

I believe in you my soul, the other I am must not abase itself to you, And you must not be abased to the other. The 100 best novels: No 76 – On the Road by Jack Kerouac (1957) In 1855, a young American poet named Walt Whitman announced, with typical gusto, that “the United States themselves are essentially the greatest poem”, and made good on this claim in a landmark collection of poems, Leaves of Grass, transforming America’s literary imagination for ever. When, exactly 100 years later, Jack Kerouac began to hammer out the typescript of his own masterpiece, he was consciously responding to Whitman’s challenge “to express the inexpressible”. This would become Kerouac’s lifelong ambition and it expressed itself as On the Road. The book would be an ur-text for the James Dean decade. The Beat Body: Exploring the Influence of Walt Whitman's Ethos on Beat Literature and Counterculture.

Taking Up Space: Locating Thoreau, Whitman, and Kerouac in Place. Quote by Jack Kerouac: “i've been reading whitman, you know what he say...” 8. Jack Kerouac, On the Road. The%20Beat%20Generation%20In%20A%20Scholastic%20Analysis. An introduction to Ulysses - The British Library. Discovering Literature: 20th century.

WHITE%20NOISE. John Cleese: Political Correctness Can Lead to an Orwellian Nightmare. Ten million Irish records covering 1655-1915 free to access online during month of March - Irish Post. OVER ten million historic Irish Catholic records dating back to the 1600s will be available for free during the month of March. The baptismal, marriage and death records will help people interested in tracing their family trees, by providing information such as names, dates, family relationships, and maiden names for mothers and wives.

Angela’s Ashes: Themes, Motifs & Symbols. Themes Themes are the fundamental and often universal ideas explored in a literary work. Feeling Underappreciated? These 5 Rejection Letters Received by Famous Writers Will Make You Feel Better. Losing motivation? It can be hard to keep going when you're not getting positive feedback on your work—but the majority of history's most famous writers have one thing in common: they kept going despite rejection after rejection. Here are 5 rejections that prove you shouldn't let one person's opinion convince you to give up something you believe in. Sylvia Plath It took a shockingly long time for Plath's classic The Bell Jar to find a publisher—and even longer for it to hit the shelves in American bookstores, which it finally did in 1971, 8 years after the writer's suicide.

In that time, the manuscript was rejected by publishing house after publishing house. “This is an ill-conceived, poorly written novel, and we would be doing neither ourselves nor the late Miss Play [sic] any good service by offering it to the American public.” Gertrude Stein. Langston Hughes Reads Langston Hughes. James Mercer Langston Hughes’ poetry—joyful, celebratory, cutting, filled with deep longing, playful jabs, bittersweet images, and earnest affirmations—is pre-eminently African American poetry.

But in saying that I mean also to say that it is pre-eminently American poetry, as the jazz and blues Hughes drew so much from is pre-eminently American music. Hughes was committed to the promises of the American experiment—despite and in full recognition of its vicious contradictions—and he was also in lively conversation with the poets who captured and transmuted the country’s unique voices. His “major early influences,” writes critic Arnold Rampersad, “were Walt Whitman, Carl Sandburg, as well as the black poets Paul Lawrence Dunbar, a master of both dialect and standard verse, and Claude McKay, a radical socialist who also wrote accomplished lyric poetry.”

Tomorrow, I’ll be at the table When company comes. The lazy, laughing South With blood on its mouth. Oxford University Press. The making of a Marx: The life of Eleanor Marx, the mother of socialist feminism. Antologia critica - V. WOOLF, Orlando. Wordsworth’s Poetical Works “The Tables Turned” Summary and Analysis. The speaker begins by telling his friend to stop reading books; he'll become fat from being sedentary.

Notes on My Books by Joseph Conrad: The Shadow Line. The Seven Archetypes of Human Consciousness – Fractal Enlightenment. The Four Archetypes of the Mature Masculine: Introduction. Teenage James Joyce’s Beautiful Letter to Ibsen, His Great Hero. Teenagers and UK culture. Literature%20is%20Great_lesson_plan.pdf. "Why Save a Language" (2006) English Teaching Forum 2013, Volume 51, Number 1.