Books to Read or Consider

: Devoted (9781542019507): Koontz, Dean: Books. Bill Gates Has Always Sought Out New Reading Recommendations. Which subjects do you wish more authors would write about? 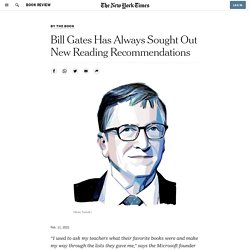 I’m surprised more books haven’t been written about how the insights we’re gaining from big data could be used for good. I read “Everybody Lies,” by Seth Stephens-Davidowitz, last summer, which is all about what internet data — and especially search engines — reveal about human behavior. (Did you know that people who have pancreatic cancer often Google both “back pain” and “yellowing skin” before being diagnosed?)

It was super interesting, but he didn’t get into what we could do with these learnings. I’d love to read a thoughtful book about how this information could make life better. Which genres do you especially enjoy reading? I think books are one of the best ways to learn about the world, so I love reading things that teach me something new. What kind of reader were you as a child? I’ve always liked getting recommendations from other people, even when I was a little kid. How have your reading tastes changed over time? Inspiring Library Stories. Buy The Silent Stars Go By 9781783449903 by Sally Nicholls for on.

The Wall in the Middle of the Book by Jon Agee: 9780525555452. Walls guide. 29 YA Fantasy Books We Can't Wait To Read In 2020. Overlooked No More: Grace Banker, Whose ‘Hello Girls’ Decoded Calls in World War I. Veil Removed, by Michelle Cox. Between Before & After, by Maureen Doyle McQuerry. A veil removed (Book, 2019) Read Wild: Nature Deficit Disorder and its implications for teens. Today is Earth Day and we’re kicking it off here at TLT by introducing you to Sarah Mulhern Gross and her new regular feature, #ReadWild. 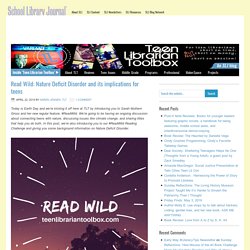 We’re going to be having an ongoing discussion about connecting teens with nature, discussing issues like climate change, and sharing titles that help you do both. In this post, we’re also introducing you to our #ReadWild Reading Challenge and giving you some background information on Nature Deficit Disorder. American students are stressed. Since 2013, teens have reported feeling more stress than adults, according to the American Psychological Association. According to the National Institute of Mental Health, an estimated 3.1 million American teenagers (between 12 -17) had at least one major depressive episode in the last year. Nature-deficit disorder is a term used to describe the loss that children and teens experience when they are not given opportunities to have direct contact with nature.

Being outside has important benefits for kids and teens. School Library Journal. From delightful picture books to probing YA novels, these titles represent the cream of the crop reviewed in SLJ's April issue. 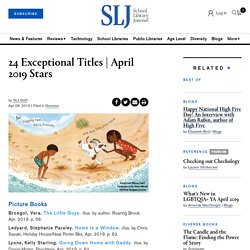 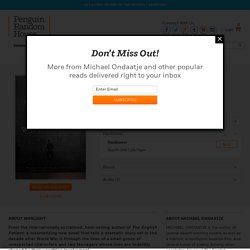 In Warlight, all is illuminated, at first dimly then starkly, but always brilliantly.” —Anna Mundow, The Washington Post“If writers are cartographers of the heart, Michael Ondaatje’s oeuvre could fill an atlas. . . [he] evokes a kaleidoscope of ideas and moods with exquisite lyricism…Warlight is an intricate ballet of longing and deception, and a singular ode to the mother-child bond.” —Hamilton Cain, O Magazine “[Ondaatje] casts a magical spell, as he takes you into his half-lit world of war and love, death and loss, and the dark waterways of the past.” “Mr. “A tender coming of age story so warmly delivered you almost forget how much of its plot involves smuggling, spycraft, and assassins…the novel becomes at once a mystery tale and an exploration into how much of our lives are out of our control, especially in wartime.”