Légiférer pour le droit au logement – Advocating for the right to housing in Canada's National Housing Strategy legislation. Expect a surge in serial killers in 15 years, Canadian author says. Culturepub : le meilleur de la publicité mondiale. The final bar? How gentrification threatens America's music cities. At a Sixth Street bar in the heart of Austin, Texas a pop up version of Seb’s jazz club from the Hollywood hit film La La Land is being set up – its blue letters yet to be switched on. 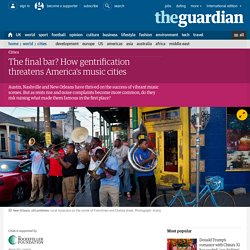 A Mathematical Argument For More Women In Leadership. Here’s the nightmare scenario if Apple removes the headphone jack on the next iPhone, as rumored: Years from now, you’ll try to plug your phone into a speaker or set of headphones via the iPhone’s Lightning port, and the music won't play. 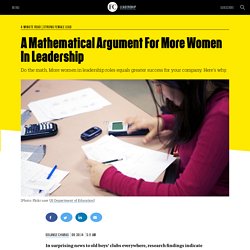 Maybe it’s because the headphones weren’t authorized by Apple, or because your Lightning-to-USB cable uses an outdated copy protection method. Whatever the case, you’re now locked out of listening to the music you’ve legally paid to hear—a problem that doesn’t exist in today’s analog audio age. This is a hypothetical situation, but the concern is not entirely without merit. If the headphone jack starts disappearing from smartphones, its digital replacement could include new mechanisms for digital rights management. HDMI All Over Again? The Disadvantages of Being Stupid. As recently as the 1950s, possessing only middling intelligence was not likely to severely limit your life’s trajectory. 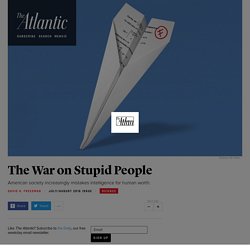 IQ wasn’t a big factor in whom you married, where you lived, or what others thought of you. The qualifications for a good job, whether on an assembly line or behind a desk, mostly revolved around integrity, work ethic, and a knack for getting along—bosses didn’t routinely expect college degrees, much less ask to see SAT scores. As one account of the era put it, hiring decisions were “based on a candidate having a critical skill or two and on soft factors such as eagerness, appearance, family background, and physical characteristics.” The 2010s, in contrast, are a terrible time to not be brainy. Those who consider themselves bright openly mock others for being less so. America’s Suicide Epidemic Is a National Security Crisis. Imagine that the rate of terrorism deaths in the United States had risen dramatically over the past 15 years. 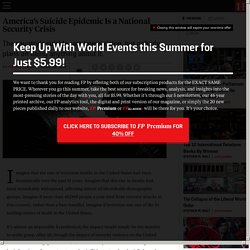 Imagine that this rise in deaths had been remarkably widespread, affecting almost all identifiable demographic groups. Imagine if more than 40,000 people a year died from terrorist attacks in this country, rather than a bare handful. Imagine if terrorism was one of the 10 leading causes of death in the United States. It’s almost an impossible hypothetical; the impact would simply be too massive to really grasp. After all, though the impact of terrorist violence on the United States has been negligible since 9/11, we’ve already made massive changes to the basic functions of our system to combat it. Yet the conditions I outlined above accurately describe another killer, one that attracts far less attention: suicide. Suburbs and the New American Poverty. NORCROSS, Ga. 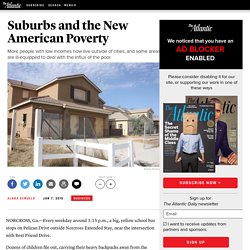 —Every weekday around 3:15 p.m., a big, yellow school bus stops on Pelican Drive outside Norcross Extended Stay, near the intersection with Best Friend Drive. The Untouchables. Idea to retire: Patients as passive recipients of health care. Managing health care in today’s turbulent economic environment has become a critical issue for all health care stakeholders. 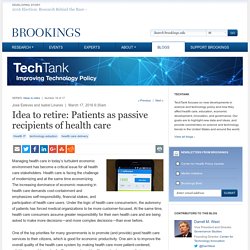 One of the top priorities for many governments is to promote (and provide) good health care services to their citizens, which is good for economic productivity. Gamification can change health care Patient benefits Providers General Public. Singapore moving towards new five Cs, AsiaOne Singapore News. I recently gave a talk at the National Library Board during which I discussed a shift that I believe will define Singapore's next chapter of success. 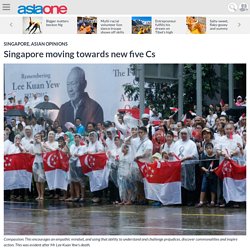 I talked about a move away from the traditional "five C's" of success - cash, car, credit card, condominium, and country club membership - towards a new currency, five Cs built instead on creativity, collaboration, contribution, compassion and confidence. Over the past five years, I've watched Singapore slowly tilt in the direction of these new values. But it was the day that Lee Kuan Yew died - March 23, 2015 - that this shift truly became clear to me. Singapore suddenly tapped into deep reserves of emotion and character. The day-to-day interactions of friends, and even strangers, transformed into opportunities to share the moments at which their family's historical trajectory had been positively impacted by the policies created under Mr Lee and his team.