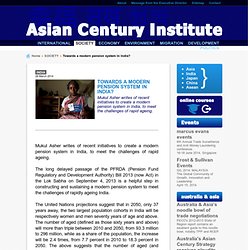 The long delayed passage of the PFRDA (Pension Fund Regulatory and Development Authority) Bill 2013 (now Act) in the Lok Sabha on September 4, 2013 is a helpful step in constructing and sustaining a modern pension system to meet the challenges of rapidly ageing India. The United Nations projections suggest that in 2050, only 37 years away, the two largest population cohorts in India will be respectively women and men seventy years of age and above. The number of aged (defined as those sixty years and above) will more than triple between 2010 and 2050, from 93.3 million to 296 million, while as a share of the population, the increase will be 2.4 times, from 7.7 percent in 2010 to 18.3 percent in 2050. Double Issue: Global Philanthropy- IJNL Vol. 13 Iss. 1-2.

“Equivalency determination” is a process designed to assess whether a potential non-U.S. grantee organization is the equivalent of a U.S. public charity. 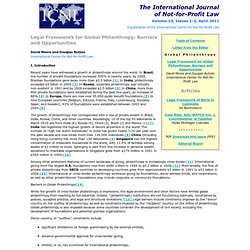 It typically involves the collection of extensive documentation, including the potential grantee’s governing documents, financial information, and other information in order to make the equivalency determination. If outside counsel is involved in the process, this process typically costs between $5,000 and $10,000.[42] According to Canada’s Income Tax Act, a registered charity can only use its resources in two ways: on its own activities and on gifts to “qualified donees.”[43] The Income Tax Act specifies that “qualified donees” are organizations that can issue official donation receipts for gifts that individuals and corporations make to them.

“Qualified donees” are almost exclusively Canadian, including, among others, a registered charity, a registered Canadian amateur athletic association, and a Canadian municipality.[44] The U.K. Putting a price on nature would be disastrous. As UN climate negotiations rumbled on in Warsaw, big business came together with conservation groups in Edinburgh last week at the inaugural World Forum on Natural Capital to put a price on nature. 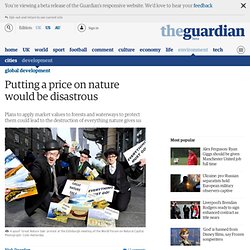 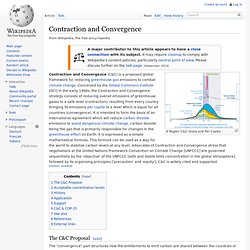 Conceived by the Global Commons Institute [GCI] in the early 1990s, the Contraction and Convergence strategy consists of reducing overall emissions of greenhouse gases to a safe level (contraction), resulting from every country bringing its emissions per capita to a level which is equal for all countries (convergence). It is intended to form the basis of an international agreement which will reduce carbon dioxide emissions to avoid dangerous climate change, carbon dioxide being the gas that is primarily responsible for changes in the greenhouse effect on Earth. Ensuring fair shares in a world of limits. 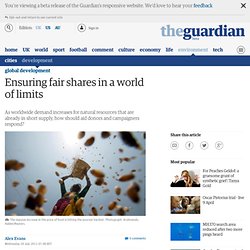 How these arguments play out will exert a crucial influence over prospects for poor people and international development. Are aid donors, NGOs and other development opinion-formers paying attention? Demand for resources of all kinds – especially food, oil, land, water and "carbon space" for greenhouse gas emissions in the atmosphere – is growing exponentially. It's a logical consequence of the world's population continuing to grow, and the global middle class becoming larger and more affluent. But even as demand grows, supply is struggling to keep up. Within many fragile states, disputes over access to land and water are becoming intense. Fair shares issues are emerging in food markets as well. Or look at energy. 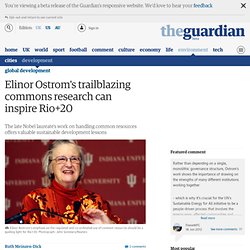 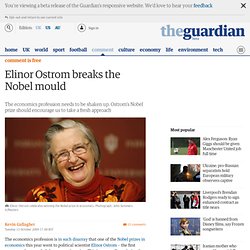 This is an excellent choice (in any year) not only because of what Ostrom has contributed to social theory but also because of how she goes about her work. In a nutshell, Ostrom won the Nobel prize for showing that privatising natural resources is not the route to halting environmental degradation. Diversity matters discussion guide.pdf - Canada's World. The Future Of Workplace Diversity Is Here.

Acceptance of Diversity. There are few well-established programs of official reporting on subjective well-being in OECD countries. 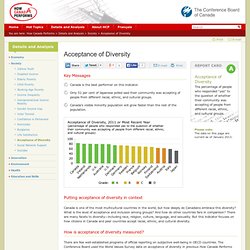 The Conference Board used the World Values Survey data on acceptance of diversity in previous How Canada Performs report cards. Unfortunately, the most recent data for Canada from the survey is from 2006. Acceptance of Diversity.