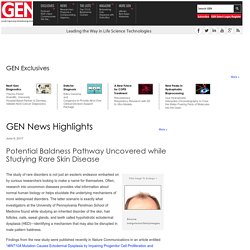 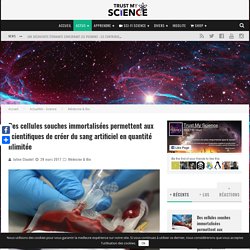 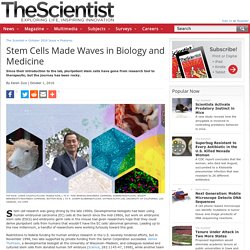 Developmental biologists had been using human embryonal carcinoma (EC) cells at the bench since the mid-1980s, but work on embryonic stem cells (ESCs) and embryonic germ cells in the mouse had given researchers hope that they could derive pluripotent cells from humans that wouldn’t have the EC cells’ abnormal genomes. Leading up to the new millennium, a handful of researchers were working furiously toward this goal. Restrictions to federal funding for human embryo research in the U.S. severely hindered efforts, but in November 1998, two labs supported by private funding from the Geron Corporation succeeded. 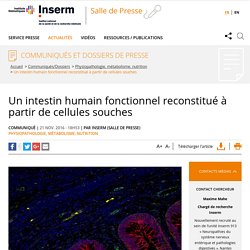 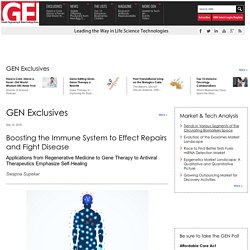 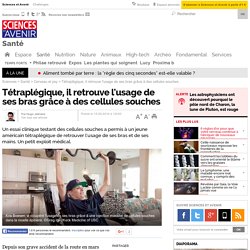 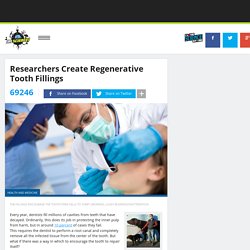 Ordinarily, this does its job in protecting the inner pulp from harm, but in around 10 percent of cases they fail. This requires the dentist to perform a root canal and completely remove all the infected tissue from the center of the tooth. First Lab-Grown Skin to Sweat and Grow HairTrending. Image Credit: Takashi Tsuji | RIKEN Center in Japan Just in the past few months, biomedical engineers have created lab-grown heart cells, retinal nerve cells, and even vocal cords that can ‘talk.’ 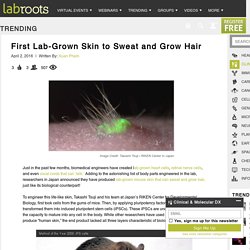 Adding to the astonishing list of body parts engineered in the lab, researchers in Japan announced they have produced lab-grown mouse skin that can sweat and grow hair, just like its biological counterpart! To engineer this life-like skin, Takashi Tsuji and his team at Japan’s RIKEN Center for Developmental Biology, first took cells from the gums of mice. Then, by applying pluripotency factors to the cells, the team transformed them into induced pluripotent stem cells (iPSCs). These iPSCs are undifferentiated and have the capacity to mature into any cell in the body. Beating Human Hearts Grown In Laboratory Using Stem Cells. Right now, there are 4,186 people waiting for a heart transplant in the U.S., but with a huge donor shortage not all of these patients are likely to survive. 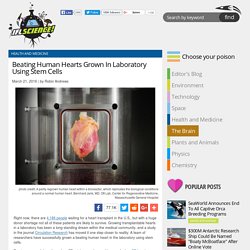 Growing transplantable hearts in a laboratory has been a long-standing dream within the medical community, and a study in the journal Circulation Research has moved it one step closer to reality: A team of researchers have successfully grown a beating human heart in the laboratory using stem cells. Previous research has shown how 3D printers can be used to manufacture 3D heart segments using biological material. Although vacant of any actual heart cells, these structures provided the “scaffold” on which heart tissue could be grown.

Why do some people go bald? - Sarthak Sinha. Hair and hair follicles are far more complex than they appear on the surface. 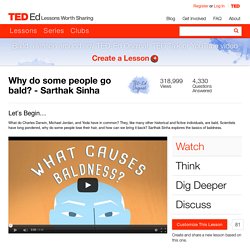 In this lesson, we tried to impart biological insights into the secret lives of hair follicles. These structures exhibit remarkable regenerative capacity by constantly cycling through phases of growth, regression and rest. So perhaps this leaves you wondering: what is the source of new cells that rebuild the follicle after the resting stage? Why Do People Go Bald? There's no cure for baldness just quite yet. However, we could be edging towards that goal, as scientists have now pinpointed the cause of age-related (rather than male pattern) baldness, according to a new study published in the journal Science. Scientists from the Tokyo Medical and Dental University looked at mice when they turned 18 months old – roughly when they start to lose their hair.

Miracle Powder Regrows Fingers, Now Thigh Muscle for Marine. A substance extracted from pigs has allowed Marine Corporal Isaias Hernandez to regain much of the muscle he lost to a mortar explosion while serving in Afghanistan. It was only a year ago that ACell's "miracle powder" was sprinkled on amputated fingers and shown to stimulate the regeneration of fingertips. The world was both awed and skeptical of the powder's regenerative power, touting that it would revolutionize regenerative medicine or calling it was quack science.

What makes muscles grow? - Jeffrey Siegel. While biologists have uncovered the cellular mechanisms that lead to muscle growth, the practical applications have traditionally remained the expertise of bodybuilders. Resistance exercise such as weightlifting is the most common way to stimulate muscle protein synthesis, which leads to muscle growth or hypertrophy when supported by adequate nutrition. While there is no one-sized-fits-all formula for muscle growth, there are tried and true techniques to progressively overload muscles. An appropriately proscribed exercise program will adjust training variables such as exercise selection, load (weight), volume (number of reps and sets), frequency (training sessions per week), and intensity to the individual. Honeybee Compound for Hair Loss? Propolis, a natural product used by honeybees to repair their hives, stimulates hair growth in shaved mice.

WIKIMEDIA, RAMAA resin-like material that honeybees collect from plant sources like tree buds and use to patch any holes in the hives, the sealant propolis contains antifungal and antimicrobial properties that help protect the colony. As such, people have long used propolis to treat tumors, inflammation, and wounds, according to an American Chemical Society (ASC) press release. Now, Ken Kobayashi of Japan’s Hokkaido University and colleagues propose another use for propolis: regrowing hair. Recent research has suggested that propolis promotes the growth of keratinocytes, cells involved in production of the hair shaft and hair follicle structures. Calvitie : un traitement contre la polyarthrite fait repousser ses cheveux. CALVITIE. “JAK-ing” Up Hair Growth in Dormant Follicles. Understanding the molecular mechanisms that facilitate growth within dormant hair follicles may seem like an endeavor rooted in the vanity of middle-aged men experiencing the genetic effects of male-patterned baldness.

However, there are many skin disorders and autoimmune diseases where hair loss is an equally unwelcome and demoralizing symptom, for which there are few treatments. Now, researchers from Columbia University Medical Center have discovered that inhibiting a family of enzymes inside resting hair follicles restores hair growth on mice and human hair follicles in vitro.

Specifically, the investigators found drugs that inhibit the Janus kinase (JAK) family of enzymes, promoted rapid and robust hair growth when applied topically. Interestingly, the study brings to the foreground the possibility that drugs commonly known as JAK inhibitors could be used to restore hair growth in multiple forms of hair loss. Why do some people go bald? - Sarthak Sinha. Man With Severed Spinal Cord Walks Again After Cell Transplant. A man paralyzed for two years is now walking again, albeit with a frame, after a transplant to his spine. The treatment, to be published in this month's Cell Transplantation, has been under discussion for a while, but has only now shown success. In 2010, Darek Fidyka was repeatedly stabbed, rendering him paralyzed from the chest down. Fortunately, however, his nose was unscathed.