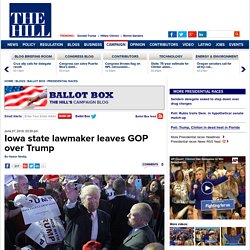 "I will not stand silent if the party of Lincoln and the end of slavery buckles under the racial bias of a bigot," David Johnson told The Des Moines Register Tuesday. A Deep Dive Into Party Affiliation. Sharp Differences by Race, Gender, Generation, Education Survey Report Democrats hold advantages in party identification among blacks, Asians, Hispanics, well-educated adults and Millennials. 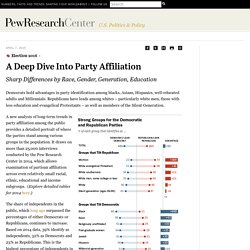 Republicans have leads among whites – particularly white men, those with less education and evangelical Protestants – as well as members of the Silent Generation. A new analysis of long-term trends in party affiliation among the public provides a detailed portrait of where the parties stand among various groups in the population. It draws on more than 25,000 interviews conducted by the Pew Research Center in 2014, which allows examination of partisan affiliation across even relatively small racial, ethnic, educational and income subgroups.

The share of independents in the public, which long ago surpassed the percentages of either Democrats or Republicans, continues to increase. A closer look at … Race and ethnicity. Gender. Education. De 2015 à 2016 : un monde en marche (1/4) - Présidentielles américaines : Trump-Clinton, le match de l’après-Obama. ‘Progressive’ and ‘conservative’ have become meaningless terms in 2016. Nineties throwbacks seem to be everywhere these days: low unemployment, a Bush and a Clinton running for office, friends from “Full House” and “X-Files” entering our living rooms again. 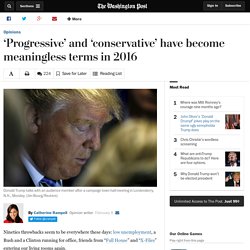 Bernie Sanders’ grassroots revolution isn’t interested in Barack Obama’s bipartisan dream. The Clothespin Campaign: A French History Lesson For Anti-Trump Republicans. I have had some painful experience with what it feels like to have the central allegiance of one’s public life take place within a movement shared almost exclusively by angry, aging white men, who mistrust if not dislike women and are sadly hostile to highly visible black men. 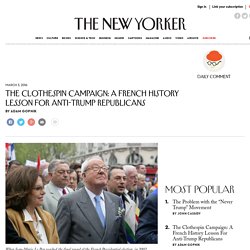 And I know what it feels like to perpetually insist that, appearances aside, the cause itself is not defined by the ugly racial suspicions and prejudices of some of its adherents. As a passionate hockey fan, in other words, I feel deeply for my conservative friends right now. They feel as we feel when a full-scale donnybrook breaks out on the ice, and our love of the game goes to war with our disgust. Will the G.O.P. Response to Antonin Scalia’s Death Hand the Election to the Democrats? Around 4:30 P.M. 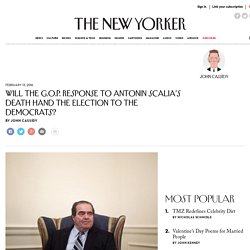 Eastern time on Saturday, the San Antonio Express-News broke the news of the death of Antonin Scalia, the conservative Supreme Court Justice. Within a few hours, the Republican Party had placed itself on a trajectory that, if isn’t reversed, could throw the Presidential election to the Democrats. In apparent contravention of precedent and the U.S. Constitution, the leader of the Republican majority in the U.S. Senate, Mitch McConnell, said that President Obama shouldn’t be allowed to name a replacement for Scalia. Hillary takes on Bernie’s worldview at the PBS debate.

Bernie Sanders Just Changed the Democratic Party. Bernie Sanders and the New Populism. From up close, election campaigns appear to be messy and contingent affairs that pivot around individual characters and tactics. 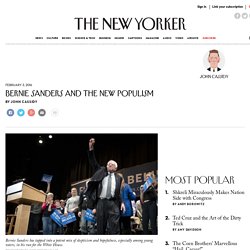 Did Donald Trump make an error, after all, in skipping last week’s Fox News debate? Can Marco Rubio handle the spotlight? Will Hillary Clinton shift further left to counter Bernie Sanders? In Democratic Debate, Hillary Clinton’s Focus Is on G.O.P. This video is not currently supported on your browser. 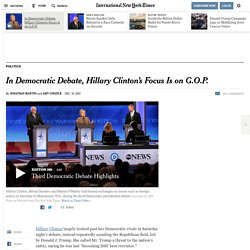 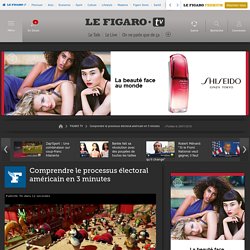 Le Figaro revient sur toutes les étapes de cette année électoral à venir. Iowa revealed the three themes that define the 2016 campaign. Donald Trump and Hillary Clinton are damaged, but the Republicans have a winner. They have discovered that Trump is not unstoppable. 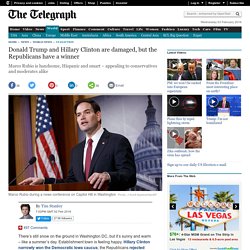 Far from it – he will have difficulty translating poll numbers into votes. Because his national exposure was so great, and his national numbers so high, the media tended to believe his claim that he was in for a “huuuuge” victory. Yet aside from the fact that he uses Twitter like a seasoned troll, his approach to politics proved antiquated. Trump is a TV candidate in a digital era. The Media Research Center calculates that during one month of evening news broadcasts on NBC, CBS and ABC, Trump got 60 per cent of coverage, Cruz got 30 per cent and the Florida senator Marco Rubio just 4 per cent. Trump also didn’t prove popular among ideological conservatives or lifelong Republicans.