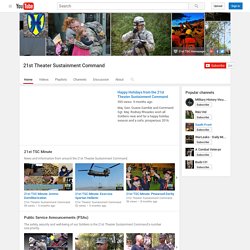 Airbase, Romania Play all The transit center at M.K. Air Base (Mihail Kogalniceanu Air Base) in Romania is focused on providing vital logistical, transportation, reintegration and morale and welfare services to America's returning warriors. 2:24 1:00 0:40 2:01 1:37 2:29 0:16 View 5 more This item has been hidden In the Community Play all Far beyond service to our country, our Soldiers, Civilians, and their Families take time to make a difference in the local community. 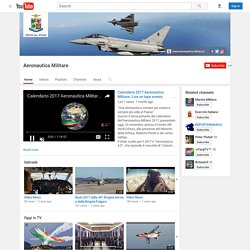 AFRCPA. Air-Clips.com. The Boeing 747-400 is a major development and the best-selling model of the Boeing 747 family of jet airliners. 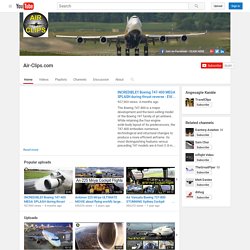 While retaining the four-engine wide-body layout of its predecessors, the 747-400 embodies numerous technological and structural changes to produce a more efficient airframe. Air Mobility Command. AIRBOYD. Airbus. Airbus Defence and Space. Airbus Group. Airbus Helicopters. America's Navy. Whether it’s a fleet centered around an aircraft carrier, inside the cockpit of an F-18, in the control room of a nuclear sub or on a covert special ops mission, America’s Navy is there where it counts. 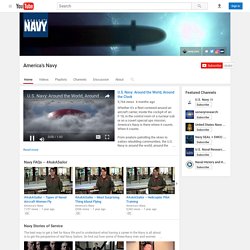 When it counts. From aviators patrolling the skies to sailors rebuilding communities, the U.S. Navy is around the world, around the clock. America's Navy is constantly embracing new science, technology, engineering and innovation to keep the world safe, be it in the desert or high up in the frigid polar ice caps. Land, Sea or Air. To learn more about how the U.S. If you want to find out how you can be a part of America's Navy, go here: Ready for a career in the U.S.

Antonov Company. Arianespace. Arianespace's launcher family -- composed of the heavy-lift Ariane 5, medium-lift Soyuz and lightweight Vega -- provides performance and flexibility that enables the company to meet its motto: "any mass, to any orbit...anytime. 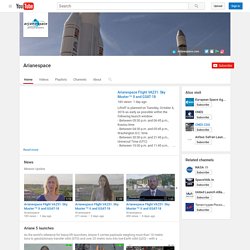 " All three vehicles will operate side-by-side at the Spaceport in French Guiana, the world's only dedicated commercial launch site, and are supported by Arianespace's experienced teams. As a result, Arianespace is the first service provider capable of offering mission performance truly tailored to its customers' requirements -- bringing an integrated approach that is unique to the launch industry. Ariane 5 has been in commercial operation with Arianespace since 1999, and is the heavy-lift launcher of choice for satellite operators and manufacturers around the world. Soyuz joined the Arianespace family in 2011, bringing the world's longest-operating launcher to the Spaceport for medium-weight telecommunications, scientific, and Earth observation missions. 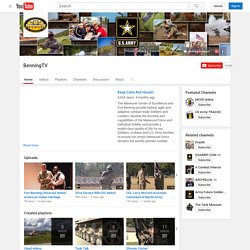 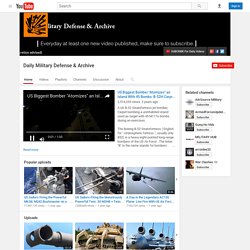 The Boeing B-52 Stratofortress ( English for " stratosphere fortress "; usually only B52) is a heavy eight-pointed long-range bombers of the US Air Force . The letter "B" in the name stands for bombers . Source of the video: Department of defense The US aircraft manufacturer Boeing developed the B-52 end of the 1940s as nuclear weapons carriers , their first flight took place on 15 April 1952. DARPAtv. Dassault Falcon. Davis-Monthan AFB. DefenceExclusive. After repeated delays, India and Russia have agreed to a detailed work-sharing agreement for the joint production of design and production of a new fighter jet under the so-called joint Sukhoi/HAL Fifth Generation Fighter Aircraft (FGFA) project, known in India as the Perspective Multi-role Fighter (PMF), according to Indian media reports. 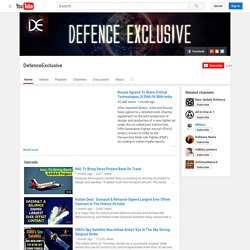 “From a preliminary document that was barely two dozen pages, we have agreed on a 650 page detailed plan that specifies exactly what all will be shared,” an unidentified Indian defense official told The media. A final contract is expected to be signed in early 2017. The talks between Indian and Russian defense officials were allegedly accelerated ahead of an Indian-Russian summit to be held in Goa on October 15. As I reported in January, Russian President Vladimir Putin and Indian Prime Minister Narendra Modi failed to reach an agreement during a bilateral meeting in Moscow in December 2015. DefenseWebTV. CATAMARAN joint amphibious exercise French Navy & Army Aircraft Carrier Mistral class LHD LPD Rafale 111,808 views 2 years ago From October 13 to 26, French forces (as well as British ones at staff level) take part in a large-scale operational exercise simulating an expeditionary amphibious operation in a crisis situation. 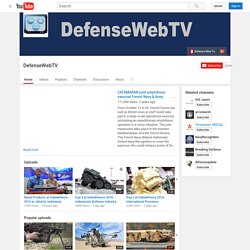