Play All The Scales On The Guitar In An Hour with This Simple Tutorial. Playing the guitar is the best. 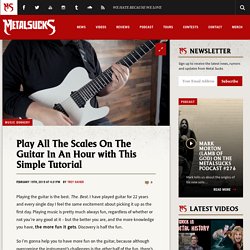 The. Best. I have played guitar for 22 years and every single day I feel the same excitement about picking it up as the first day. Playing music is pretty much always fun, regardless of whether or not you’re any good at it – but the better you are, and the more knowledge you have, the more fun it gets. Discovery is half the fun. Dark Eldar Raider. Remove Distracting Elements from Photos with These 3 Simple Photoshop Tricks (VIDEO) A telephone pole emanating from a subject’s head is the classic example of a distracting element ruining an otherwise fine photo. 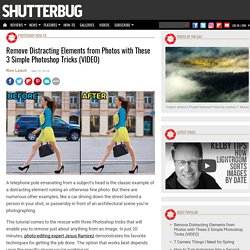 But there are numerous other examples, like a car driving down the street behind a person in your shot, or passersby in front of an architectural scene you’re photographing. This tutorial comes to the rescue with three Photoshop tricks that will enable you to remove just about anything from an image. In just 20 minutes, photo-editing expert Jesus Ramirez demonstrates his favorite techniques for getting the job done. The option that works best depends upon the specific image you’re working on.

28 Genius Survivalist Inventions On Amazon That Any Responsible Person Needs. Best iOS Games - New iPhone Games 2017. The Witness This is the best puzzle game I have ever played on any platform. 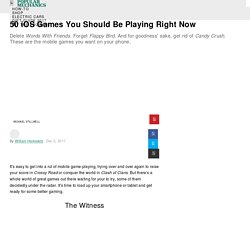 Better than Monument Valley or Braid, Myst or Lemmings. And yes, it's better than Portal. Granted, $10 is steep for a mobile game, but you're buying 60 hours of pure battery- and brain-draining enjoyment. Much like Myst, in The Witness you are stuck on a 3D island, free to roam and discover, solving intricate puzzles to advance in the game. You can spend 15 minutes scrambling around a section of the island, attacking a puzzle from all conceivable angles until, something clicks in your brain. Advertisement - Continue Reading Below Swapperoo This is, hands down, one of greatest—if not the greatest—pure mobile puzzle games we've ever played.

Seven Sets at Moogfest 2016 That Expanded Our Consciousness into New Realms. Sunn O))) / Photo by Ryan Sides, courtesy of Moogfest There are music festivals at which festivities occur because there is music, and then there is Moogfest, a music festival at which music itself is being fêted, where we go to have our minds blown by the concept of music and the future and all the stuff a synthesizer circuit board might hint at. 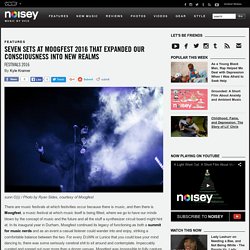 In its inaugural year in Durham, Moogfest continued its legacy of functioning as both a summit for music nerds and as an event a casual listener could wander into and enjoy, striking a comfortable balance between the two. For every D∆WN or Lunice that you could lose your mind dancing to, there was some seriously cerebral shit to sit around and contemplate. 21 Books That Changed Science Fiction And Fantasy Forever. Speculative fiction is the literature of change and discovery. 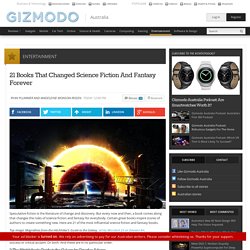 But every now and then, a book comes along that changes the rules of science fiction and fantasy for everybody. Certain great books inspire scores of authors to create something new. Here are 21 of the most influential science fiction and fantasy books. Top image: Magrathea from the Hitchhiker’s Guide to the Galaxy, art by Microbot 23 on Deviant Art. These are books which clearly inspired a generation of authors, and made a huge splash either in publishing success or critical acclaim.

NetFlix Streaming by Alternate Genres (Extended List) Best PC games for new owners. You just got a new PC, packed full with terabytes of storage space, a top-of-the-line graphics card and more RAM than is legal in most countries. 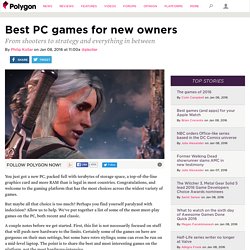 Congratulations, and welcome to the gaming platform that has the most choices across the widest variety of games. But maybe all that choice is too much? Perhaps you find yourself paralyzed with indecision? Allow us to help. We've put together a list of some of the most must-play games on the PC, both recent and classic. A couple notes before we get started. Along the same lines, we will be including some games that are available on consoles as well. So you want to play the best PC games from 2015... 2015 was a good year for games in general, and PC is no exception. Fallout 4 - Some folks have expressed disappointment in Fallout 4. Her Story - Surely you've heard the good news about Her Story by now. 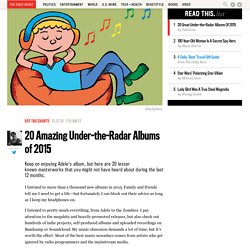 But the U.S. never properly gave her full credit for her heroism. After seven decades, that may be about to change. Cpt. Stephanie Czech arrived at the U.S. embassy in Berlin wearing civilian clothes, as always, and delivered the report she’d been carrying to the intelligence section. AMC Theatres - Order Confirmation. MovieTickets.com mobi-ticket.