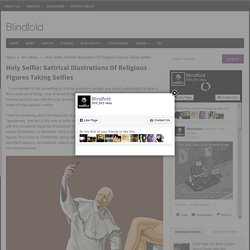 Bible Verses That Atheists Love. A few years back, a cheeky Christian website named Ship Of Fools asked readers to vote on the worst verse in the Bible. 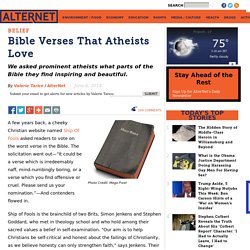 The solicitation went out—“It could be a verse which is irredeemably naff, mind-numbingly boring, or a verse which you find offensive or cruel. Please send us your nomination.” —And contenders flowed in. Ship of Fools is the brainchild of two Brits, Simon Jenkens and Stephen Goddard, who met in theology school and who hold among their sacred values a belief in self-examination. "Our aim is to help Christians be self-critical and honest about the failings of Christianity, as we believe honesty can only strengthen faith," says Jenkens. Bible believers are on shaky ground these days, which is growing ever shakier thanks to science (think Cosmos), biblical scholarship, and the internet.

Why There Is No God: Quick Responses to 10 Common Theist Arguments. 1. 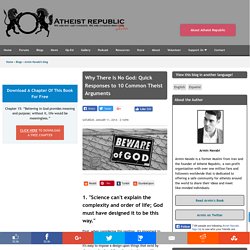 "Science can't explain the complexity and order of life; God must have designed it to be this way. " First, when considering this position, it's important to recognize the difference between complexity and design. Complexity itself does not require an intelligent creator. It's easy to impose a design upon things that exist by chance or developed through a natural process like evolution. To an extent, this argument gains traction because of wide misunderstanding of science and especially evolution. Failure to understand the scientific principles guiding the creation and development of the universe does not mean that a deity must exist to explain the natural world. Numbers 31 KJV - And the LORD spake unto Moses, saying, 31 And the Lord spake unto Moses, saying, 2 Avenge the children of Israel of the Midianites: afterward shalt thou be gathered unto thy people. 3 And Moses spake unto the people, saying, Arm some of yourselves unto the war, and let them go against the Midianites, and avenge the Lord of Midian. 4 Of every tribe a thousand, throughout all the tribes of Israel, shall ye send to the war. 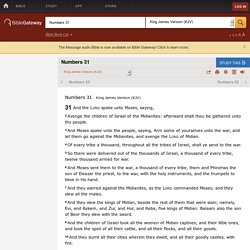 Exodus 12:29-30 - At midnight the LORD struck down all. How Many Times Have You Been Reincarnated? It’s an interesting question. 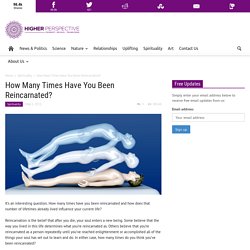 How many times have you been reincarnated and how does that number of lifetimes already lived influence your current life? The “Forbidden” Secrets of the Church.

20 Jesus quotes right-wing Christians will hate. Conservatives keep nattering on and on about how much they love Jesus Christ, whom they view as their “personal” Savior. 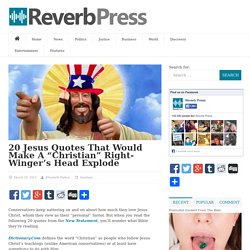 But when you read the following 20 quotes from the New Testament, you’ll wonder what Bible they’re reading. Dictionary.Com defines the word “Christian” as people who follow Jesus Christ’s teachings (unlike American conservatives) or at least have something to do with Him: Chris·tian [kris-chuhn] adjective 1. of, pertaining to, or derived from Jesus Christ or His teachings: a Christian faith. 2. of, pertaining to, believing in, or belonging to the religion based on a the teachings of Jesus Christ: Spain is a Christian country. 3. of or pertaining to Christians: many Christian deaths in the Crusades. 4. exhibiting a spirit proper to a follower of Jesus Christ; Christlike: She displayed true Christian charity. 5. decent; respectable: They gave him a good Christian burial.

So, a Christian is a person who tries to act like Jesus Christ or at least follow His teachings? Church & hate. Head coverings. 12 Pieces Of Buddhist Wisdom That Will Transform Your Life. Matt Valentine, buddhaimonia.com 1. 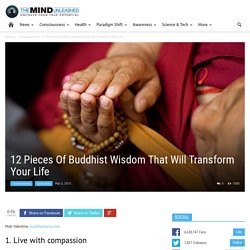 Live with compassion. 9 Things You Think You Know About Jesus That Are Probably Wrong. Valerie Tarico, AlterNetWaking Times Jesus has been described as the best known figure in history, and also the least known. 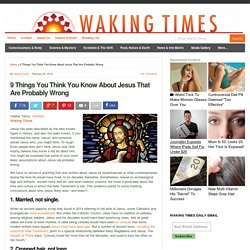 If you mentioned the name “Jesus” and someone asked Jesus who, you might blink. Or laugh. Even people who don’t think Jesus was God mostly believe they know a fair bit about him. End of conversation. 12 Worst Ideas Religion Has Unleashed on the World. 1. 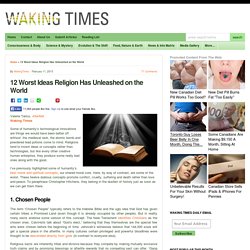 Chosen People The term “Chosen People” typically refers to the Hebrew Bible and the ugly idea that God has given certain tribes a Promised Land (even though it is already occupied by other people). But in reality many sects endorse some version of this concept. The New Testament identifies Christians as the chosen ones. Flowchart. Poker face. Wheelchairs. Then we can argue.