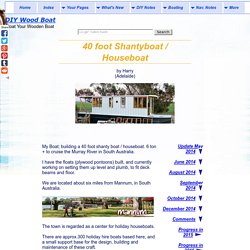 I have the floats (plywood pontoons) built, and currently working on setting them up level and plumb, to fit deck beams and floor. We are located about six miles from Mannum, in South Australia. Boat building. Parts[edit] Side view of the wooden frame. 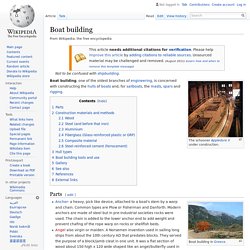 Construction materials and methods[edit] Damaged boat mid-reconstruction; carvel planking partially removed. Caulking irons and oakum. A sheet plywood sailboat during construction. Wood[edit] The traditional boat building material used for hull and spar construction. Some types of wood construction include: Steel (and before that iron)[edit] Either used in sheet or alternatively, plate [14] for all-metal hulls or for isolated structural members. Aluminium[edit] Your Self Build Boat Project: Choice of Hull Material. Marine Surveying : Hull Design Defects - Hull Failure Part II - Boats and Yachts Surveys. Anyone who has ever seen airframe construction, particularly jet aircraft, understands why aircraft can be built with skins that are extremely thin. 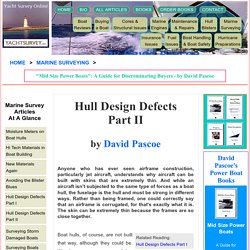 And while an aircraft isn't subjected to the same type of forces as a boat hull, the fuselage is the hull and must be strong in different ways. Rather than being framed, one could correctly say that an airframe is corrugated, for that's exactly what it is. The skin can be extremely thin because the frames are so close together. Boat hulls, of course, are not built that way, although they could be. Wooden canoes or clinker construction is similar. Marine Surveying : Hull Design Defects - Hull Failure Part I - Boats and Yachts Surveys.

This series of articles is written exclusively for marine surveyors to help identify the wide range of structural defects that can be found in boats and yachts. 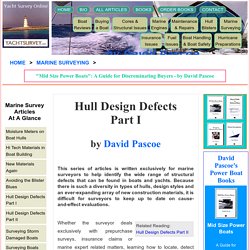 Because there is such a diversity in types of hulls, design styles and an ever-expanding array of new construction materials, it is difficult for surveyors to keep up to date on cause-and-effect evaluations. Whether the surveyor deals exclusively with prepurchase surveys, insurance claims or marine expert related matters, learning how to locate, detect and evaluate is a critical factor in the surveyor's work. This essay deals with basic principles of hull design, along with cause and effect analysis of hull failures.

It will set the necessary foundation for this continuing series of essays. Structural Issues : Core Materials. The Hamburger Helper of Boat Building, Reviewed in the Light of History The roots of fiberglass boat building go all the way back to the 1930's when, so far as I know, the first reinforced plastic boat was built by Gar Wood in 1936. 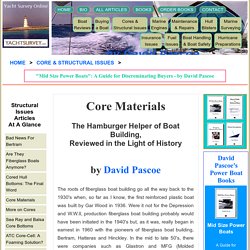 Were it not for the Depression and W.W.II, production fiberglass boat building probably would have been initiated in the 1940's but, as it was, really began in earnest in 1960 with the pioneers of fiberglass boat building, Bertram, Hatteras and Hinckley. In the mid to late 50's, there were companies such as Glastron and MFG (Molded Fiberglass Products) who were turning out chopper gun boats by the thousands, which tended to fall apart in equal numbers. These were not pioneers, but simply companies taking advantage of a new technology to make money, so I'm not going to give them any credit as pioneers. Everyone knew that chopper gun stuff was no good.

Boat Hull. From John Dunsmoor: [Instead of fiberglass,] consider steel. 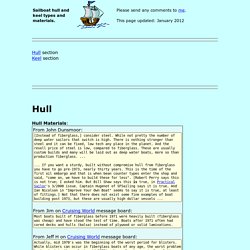 While not pretty the number of deep water sailors that switch is high. Man Designs Micro Houseboat You Can Build for Cheap. On April 16, 2014 In this post I’m going to show you a micro houseboat that you can probably build. 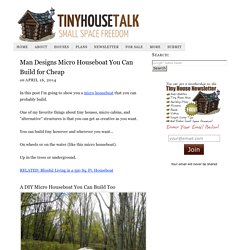 One of my favorite things about tiny houses, micro cabins, and “alternative” structures is that you can get as creative as you want. Houseboat Living, including how to build a houseboat with diagrams and instructions. During the summer of 1850, the American schooner Sam'I Roberts ran aground on a bar in the Umpqua River along the southern Oregon coast. 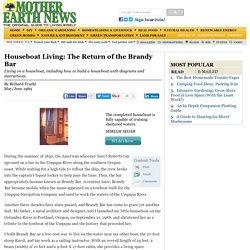 While waiting for a high tide to refloat the ship, the crew broke into the captain's liquor locker to help pass the time. Thus, the bar appropriately became known as Brandy Bar. A century later, Brandy Bar became mobile when the name appeared on a towboat built for the Umpqua Navigation Company and used to work the waters of the Umpqua River. Building the houseboat, year one. 40 foot Shantyboat / Houseboat.

Yes, with House Boat Plans, you can Build your Own Houseboat! Click below to see contributions from other visitors to this page... 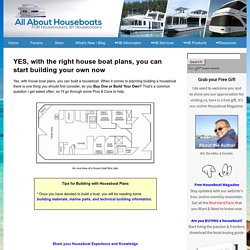 Plans for building houseboat-steamboats Not rated yetI have ideas and plan on building a steamboat-houseboat, and am looking for some information. How can I find out more about the specifications such as … Plans and drawing of a pontoon house boat Not rated yetHere are plans and a simple drawing of what I think the pontoon house boat will look like. The front and rear deck will be separated from the cabin in … Pontoon houseboat construction begins. Building a Houseboat - Build a Houseboat. 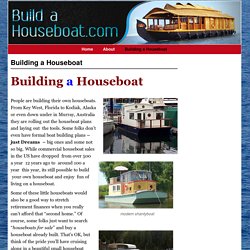