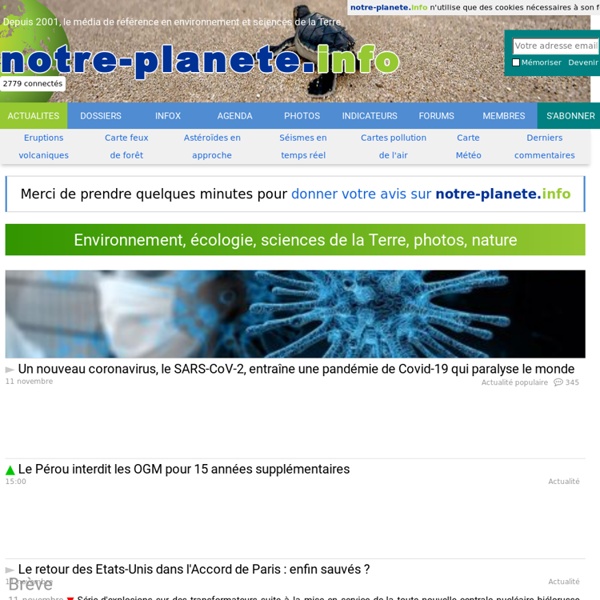 More than 44,000 people came together to set the Guinness World Record for reforestation. A group in Ecuador set a world record over the weekend by planting nearly 650,000 trees in a single day. Agence France-Presse reports that on May 16, 2015, nearly 45,000 people took part in the largest single-day reforestation project ever. In total, 647,250 trees (and more than 220 species of plants) were planted on roughly 5,000 acres of land, marking a new Guinness World Record. Woo! Volunteers begin reforesting an area near Catequilla, Ecuador. Photo by Rodrigo Buendia/AFP/Getty Images. Organic eggs are so expensive because the chickens eat fancy imported food There are lots of reasons to pony up a few extra dollars for organic eggs — they have those rich, deep yellow yolks, for instance, and you get the satisfaction of knowing the chickens who laid them lived better lives than the chickens who laid the sad non-organic eggs. But man, they are spendy. One reason, Dan Charles reports at NPR, that organic eggs are expensive is that the chickens eat fancy imported food. American farmers aren’t growing enough organic feed to feed the chickens that produce organic eggs:

Kids science: Electricity 102 Science >> Physics for Kids Important things to know about electricity? Conductors and insulators - Conductors are materials that allow electricity to flow easily. Most types of metal are good conductors, which is why we use metal for electrical wire. Copper is a good conductor and isn't too expensive, so it's used a lot for the wiring in homes today. THE COUNT-UP TO 2052: AN OVERARCHING FRAMEWORK FOR ACTION. After the publication of the Korean, Chinese and Japanese language editions of “2052 – A Global Forecast for the Next Forty Years”, the author, Club of Rome Member Jorgen Randers, gave talks in China, Korea and Japan in June 2013. There was an overwhelming media response in Asia. Inter alia, Jorgen Randers appeared on the Japanese Television program “Prime News 21″ (Fuji Television) on June 12th, 2013.

Why Are Bees Making Blue Honey? Since August, bees in the French town of Ribeauville in Alsace have been returning to their hives with “strange products colored blue and green and sometimes brown chocolate” and producing — quelle horreur — blue and green honey. Beekeepers have been baffled, the French newspaper Le Monde reports. Recently the keepers believe they have found the culprit, a biogas plant about 2.5 miles away that processes waste from a factory making M & M’s. The bees have apparently been collecting the sugary waste from containers used in manufacturing M & M’s at a Mars plant about 62 miles away in Strasbourg. Unusual weather conditions including a harsh winter, a wet spring and a dry summer have been detrimental to harvests and already had an adverse effect on the bees’ ability to forage.

Ask Umbra: Should I buy local or organic? Send your question to Umbra! Q. Dear Umbra, We have a bountiful selection of summer fruits and vegetables at lots of local farmers markets. The Fine Art of Electronics {under construction} This tutorial shows you how to make a paper battery holder for coin cell batteries (CR2032 and CR2016). Scroll to the bottom of this page for the video tutorial. Materials and Tools battery holder template printed on cardstock (download PDF here) conductive copper tape (available at digikey and sparkfun)regular tape (e.g. scotch tape or masking tape)scissorssurface mount LEDs (White, Green, Blue, Red, Yellow)3V coin cell battery (CR2032 or the thinner CR2016) Steps

Is Humanity Pushing Earth Past a Tipping Point? Could human activity push Earth’s biological systems to a planet-wide tipping point, causing changes as radical as the Ice Age’s end — but with less pleasant results, and with billions of people along for a bumpy ride? It’s by no means a settled scientific proposition, but many researchers say it’s worth considering — and not just as an apocalyptic warning or far-fetched speculation, but as a legitimate question raised by emerging science. “There are some biological realities we can’t ignore,” said paleoecologist Anthony Barnosky of the University of California, Berkeley. “What I’d like to avoid is getting caught by surprise.”

The Eco-Apocalypse in Indonesia That No One is Talking About Alex Pietrowski, StaffWaking Times Some of the most devastating fires the world has ever seen are happening right now in Indonesia, and this unfolding disaster is getting little attention. Annual fires during the dry season have become typical in the last 20 years or so as slash and burn rainforest farming techniques have ravaged this once pristine part of the world, but now this year they are catastrophic. Some 5000 fires have burned in Borneo alone in just the last 2 months. Organic farming sucks (up carbon) We’ve known for a while now that organic agriculture is good for the climate: It does a better job at grabbing carbon from the air and turning it into soil than industrial agriculture, which often does just the opposite. Last year, researchers reexamined all 74 studies that had looked at organic farming and carbon capture. After crunching the numbers from the results of these studies they concluded that, lo and behold, organic farms are carbon sponges. This makes some intuitive sense: It’s generally the organic farmers who are most concerned with building up the soil — they can’t rely on synthetic supplements if the soil chemistry runs low, after all.

Thunderbolt Kids If we want to keep a record of how we constructed a specific electric circuit, we can take a photo of it. If we do not have a camera, we can remember the circuit by drawing a sketch. Look at the sketch below which Farrah drew of the circuit that you made in the activity with the paperclip switch. The global energy challenge: Awash with carbon Even though countries are burning unprecedented amounts of oil and gas, the estimates of how much is left continue to grow, thanks to high prices and new technologies that have enabled companies to find and extract new resources. A decade ago, it was the tar sands of Canada and Venezuela. More recently, hydraulic-fracturing technologies have opened up oil and gas resources in the United States. Across the globe, proven oil and gas reserves are 60% higher today than they were in 1991.