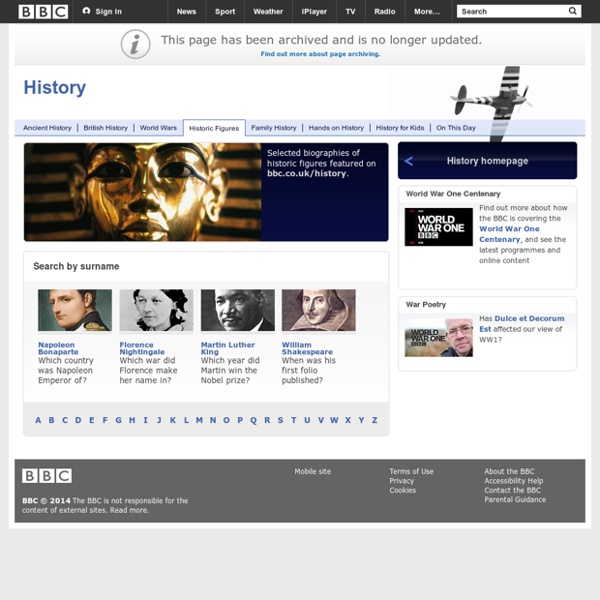 The Royal Family The five sovereigns (six if Lady Jane Grey is included) of the Tudor dynasty are among the most well-known figures in Royal history. Of Welsh origin, Henry VII succeeded in ending the Wars of the Roses between the houses of Lancaster and York to found the highly successful Tudor house. Henry VII, his son Henry VIII and his three children Edward VI, Mary I and Elizabeth I ruled for 118 eventful years.

Biography: Eli Whitney Biography >> Civil War >> InventorsOccupation: InventorBorn: December 8, 1765 in Westborough, MassachusettsDied: January 8, 1825 in New Haven, ConnecticutBest known for: Inventing the cotton gin Eli Whitney by Charles Bird King Biography: Chronology The Turkic speaking Uighurs were one of many distinct cultural groups brought together by the trade of the Silk Route at Turfan in Chinese Central Asia. The Uighurs, primarily pastoral nomads, observed a number of religions including Manichaeism, Buddhism, and Nestorian Christianity. Many of the artefacts from this period were found in the 19 th century in this remote desert region of China. The Seljuks were another Central Asian nomadic group. They were the first Turkic dynasty to control Central Asia as far as the eastern Mediterranean. The Seljuks moved West in 1040 AD.

queen of England Elizabeth I Queen of England View Biographies Related ToCategoriesDates Elizabeth I, bynames The Virgin Queen and Good Queen Bess (born September 7, 1533, Greenwich, near London, England—died March 24, 1603, Richmond, Surrey), queen of England (1558–1603) during a period, often called the Elizabethan Age, when England asserted itself vigorously as a major European power in politics, commerce, and the arts. Although her small kingdom was threatened by grave internal divisions, Elizabeth’s blend of shrewdness, courage, and majestic self-display inspired ardent expressions of loyalty and helped unify the nation against foreign enemies.

Heroes of History - The Heroic Monomyth As of July 1, 2013 ThinkQuest has been discontinued. We would like to thank everyone for being a part of the ThinkQuest global community: Students - For your limitless creativity and innovation, which inspires us all. Teachers - For your passion in guiding students on their quest. Partners - For your unwavering support and evangelism. King Henry VIII, the Mind of a Tyrant Upload Subscription preferences Loading...

Henry Ford Biography for Kids Henry Fordby Hartsook Biographies >> Inventors and Scientists Occupation: Businessman and Inventor Born: July 30, 1863 in Greenfield Township, Michigan Died: April 7, 1947 in Dearborn, Michigan Best known for: Founder of the Ford Motor Company and helped develop the assembly line for mass productionBiography: Henry Ford is most famous for founding the Ford Motor Company. Ford is still one of the world's largest producers of cars including brands such as Ford, Lincoln, Mercury, Volvo, Mazda, and Land Rover. Ford was a pioneer in manufacturing using the assembly line. This enabled his company to manufacture cars on a large scale at a cheap price. Enuma Elish: Babylonian Creation Myth Dennis Bratcher The Enuma Elish is a Babylonian or Mesopotamian myth of creation recounting the struggle between cosmic order and chaos. It is basically a myth of the cycle of seasons. It is named after its opening words and was recited on the fourth day of the ancient Babylonian New Year's festival. The basic story exists in various forms in the area. This version is written in Akkadian, an old Babylonian dialect, and features Marduk, the patron deity of the city of Babylon.

Henry Cort Henry Cort was born in Lancaster. His father was a mason and brickmaster. Young Cort became a supplier of naval provisions and by the 1770s had accumulated a small fortune. Who Made America? 1765, Westboro, MA 1825, New Haven, CT After graduating from Yale, Whitney headed to work as a tutor in South Carolina.