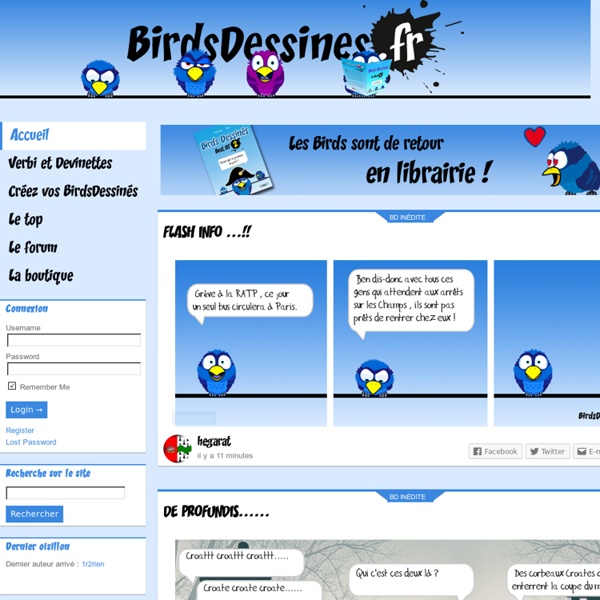 Top 10 French "Texto" (SMS) Everyday, les "Jeunes" use this new language. The SMS, which in French is called Texto, or SMS (pronounced like in English, or "Smeu Seu" for fun). But what is it exactly? ESL Kids World - Role play worksheets Worksheets At ESL Kids world we offer high quality printable PDF worksheets for teaching young learners. These worksheets include among others: colouring sheets, crossword and wordsearch puzzles and much more. Designed by ESL professionals, the sheets will help teachers of kids in their lesson plans. Phonics

French Interjections, Exclamations, and Other Fun Bits of Language There are many little parts of a language that you come to know when you live in the country itself. But they are indeed an essential part of a language. They carry strong emotional content that is direct and immediately meaningful. These are often very short phrases or sometimes just one word. Here are a few examples commonly found in French:

PART 1: PROPOSAL - CAE WRITING - CAMBRIDGE ADVANCED CERTIFICATE IN ENGLISH Exam: CAE Course: WRITING Part 1, Exam 3 After reading the exam question given, answer it by completing the spaces shown. Drag and drop or type the words given, to create the correct document. Exam question: Related document 1: Proposal for Improvements to the Library The Dutch CEF Grid Reading / Listening About the grid The Dutch CEFR Construct GRID allows test developers to analyse tests of Reading and Listening, in order to relate them to the Common European Framework of Reference (CEFR). Information about each task, text and item in the test is entered into the GRID by specifying their characteristics (e.g. text source, discourse type, estimated difficulty level, etc) from a range of options derived from the CEFR. The analyst must, however, be fully familiar with the CEFR in order to use the GRID effectively. For further guidance see familiarising yourself with the CEFR.

Englishisms in France: Readers' franglais favourites A row over plans to teach some courses at French universities in English has outraged some defenders of the language of Moliere - but plenty of French people habitually sprinkle their speech with franglais. Here, readers share their favourite anglicisms. 1. Persuasive Writing For and Against - Intermediate Level Writing for ESL Read the following paragraphs. Notice that this paragraph presents the pros and cons of a shorter work week. Introducing a short work week may lead to both positive and negative affects on society. For workers, the advantages of shortening the work week include more free time. This will lead to stronger family relationships, as well as better physical and mental health for all.

Writing Photo Captions and Cutlines Photo captions and cutlines are the most read body type in a publication. Of all the news content, only the titles of stories or headlines have higher readership than captions. It follows that standards of accuracy, clarity, completeness and good writing are as high for captions and cutlines than for other type.

Verlan - French Slang à l'envers Verlan is a form of French slang that consists of playing around with syllables, kind of along the same lines as pig Latin. Unlike pig Latin, however, verlan is actively spoken in France - many verlan words have become so commonplace that they are used in everyday French. To "verlan" a word, simply separate it into syllables, reverse them, and put the word back together. In order to maintain the correct pronunciation, the verlaned word often undergoes some spelling adjustments. Unnecessary letters are dropped, while other letters are added to make pronunciation logical. Skills - Correction exercises Order by: 10 resources teh futre of mobil fones Corrections needed! Students read the article, then go through correcting spelling mistakes, punctuation errors, paragraphing and word order. Teacher's version attached.