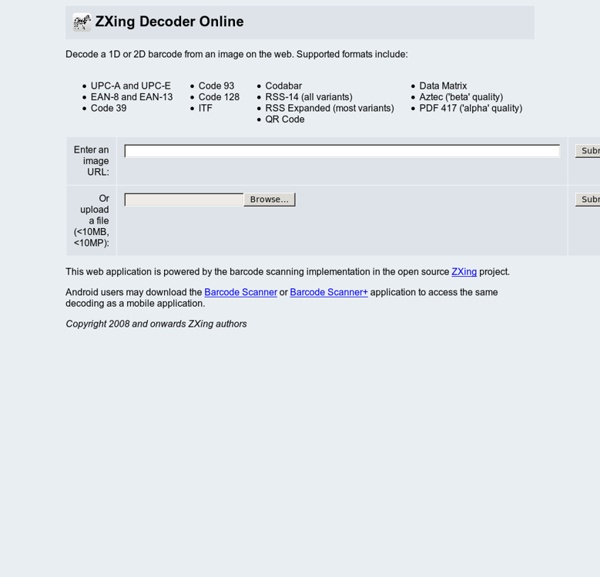 free online dice maker, dice generator, worksheets and dice to print from Tools for Educators: Create your own custom dice with pictures, text or both images and text. You can make dice with just your text or choose an image category below to make dice with those images. (See below for some ideas on how to use the dice.) Make dice with text only make one die per page make two dice per page Make dice with images: xbee-arduino - Arduino library for communicating with XBees in API mode Overview This is an Arduino library for communicating with XBees in API mode, with support for both Series 1 (802.15.4) and Series 2 (ZB Pro/ZNet). This library Includes support for the majority of packet types, including: TX/RX, AT Command, Remote AT, I/O Samples and Modem Status. Note: This software requires API mode, by setting AP=2. If you are using Series 2 XBee, you'll need to install API Firmware with X-CTU (Series 2 are manufactured with with AT firmware), then set AP=2. This software will not work correctly with AP=1 Refer to XBeeConfiguration and WhyApiMode for more info.

How to Create a 3D Gallery of Images and Videos Russel Tarr at Classtools.net has come up with another neat tool for students. The Classtools 3D Gallery Generator enables students to create a virtual 3D gallery of images and videos. Each gallery can have up to ten images and or videos. Below each image or video students can insert captions to provide explanations of the significance of the visuals in their galleries.

Kerem Erkan QR Generator This page is an online two dimensional code generator which is written in PHP. It can generate QR Code, Data Matrix, Aztec Code and Micro QR Code for the time being. Because QR Code is much more popular than the other code formats, it is separately named in the page title. If you need more information on two dimensional bar code systems, I strongly suggest that you take a look at Roger Smolski‘s comprehensive blog on QR Code and two dimensional bar codes. Using the form on this page, you can create two dimensional code images that trigger various actions on the scanner device. XBee® Wireless RF Modules XBee modules are available in a wide variety of RF frequencies used around the world. Using a single XBee design, developers can support frequencies including: 2.4 GHz902 - 928 MHz865 - 868 MHz

101 Web 2.0 Teaching Tools Online tools and resources have made it easier for teachers to instruct students, and for students to collaborate with those teachers and with other students and parents. These “Web 2.0” teaching tools aren’t magical, but they may seem to defy definition at times since they save time, help you to stay organized, and often take up little space on a computer. Some of these applications are Web-based, which means that they can be accessed from any computer. The following list is filled with tools that will make a teacher’s, or those enrolled in the best online education programs, life easier.

Scanvenger game Who can set up a Scanvenger Hunt? Everyone can set up a Scanvenger Hunt, its easy and fast. You can even test your own hunt, reedit questions, checkpoints and much more, if you'd like to. Uncanny valley In an experiment involving the human lookalike robot Repliee Q2 (pictured above), the uncovered robotic structure underneath Repliee, and the actual human who was the model for Repliee, the human lookalike triggered the highest level of mirror neuron activity.[1] Etymology[edit] The concept was identified by the robotics professor Masahiro Mori as Bukimi no Tani Genshō (不気味の谷現象) in 1970.[5][6] The term "uncanny valley" first appeared in the 1978 book Robots: Fact, Fiction, and Prediction, written by Jasia Reichardt.[7] The hypothesis has been linked to Ernst Jentsch's concept of the "uncanny" identified in a 1906 essay "On the Psychology of the Uncanny".[8][9][10] Jentsch's conception was elaborated by Sigmund Freud in a 1919 essay entitled "The Uncanny" ("Das Unheimliche").[11] Hypothesis[edit] This area of repulsive response aroused by a robot with appearance and motion between a "barely human" and "fully human" entity is called the uncanny valley. Theoretical basis[edit]