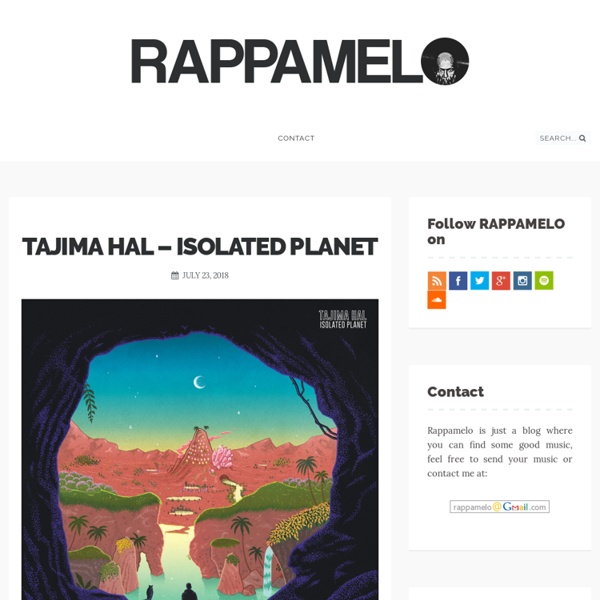 DâM-Funk released a lot of unreleased/free downloads in 2013. This is 2013. an unofficial compilation. 34 Tracks. All tracks can be streamed at. soundcloud.com/damfunk. tracklist and download below. enjoy. ohsonopursemprerappamelo. 01. I Wish U Felt The Same Way i Do (Instro) 02.

Unheard #12: Bits & Pieces Atelier Ciseaux (Romans, France) Rémi Laffitte squandered his free time for years with various sonic exploits – promoting, organizing shows, etc. – before finally relenting and starting up his own label, Atelier Ciseaux. It’s hard not to notice that the label’s headquarters are located in France, but according to him that’s not really all that important: “Even though it was really important to me to have a French name, I never wanted Atelier Ciseaux to be a French label for French bands, or a French label for French people. I just wanted it to be a label. At the very beginning, especially abroad, people mentioned our nationality a lot, but now it’s less and less common.

Boon Doc - MPC Tutorials Boonie Mayfield, aka Boon Doc, is a Colorado-based hip hop and funk producer. His beat making abilities have won him first place title in the 2009 Red Bull Big Tune producer’s competition (the highly respected national hip-hop producer battle) and is now the reigning two-time champion of Red Bull Big Tune – Denver after winning the top spot again in 2010. Denver’s Westword Magazine also named Boonie the Best Hip- Hop Producer for 2010. He is known for his way around the MPC and tutorials which have garnered over 5 million views. He is considered an MPC expert. With little funds and no formal musical training, he began making beats on Reason 2.0, which was given to him by a close friend.

DnBTV - Live Drum and Bass TV - Drum and Basslines 24/7 Drum and Bass, Dubstep, and Breakbeat TV broadcasting live to the world DnBTV brings you the very best new and classic music videos to your desktop and mobile devices. Find us on your Smart TV box through Navi-X (XBMC), X-Box, Playstation, TV360, Mashup as well as most other major TV portals ! Advertise on DnBTV