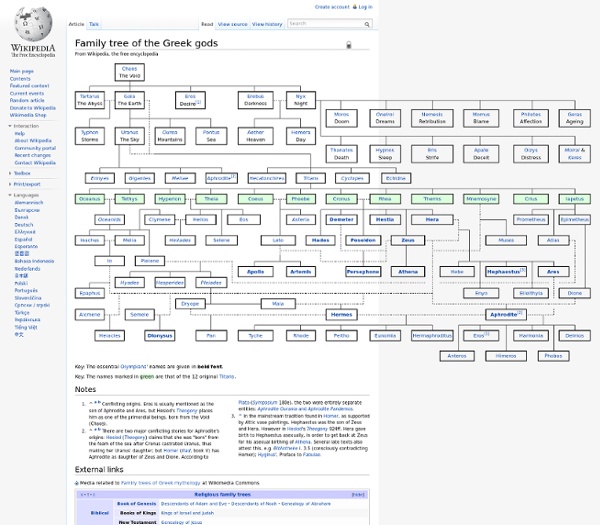 Ancient skeletons discovered in Georgia threaten to overturn the theory of human evolution By David Derbyshire Updated: 12:26 GMT, 9 September 2009 For generations, scientists have believed Africa was the cradle of mankind. Now a stunning archaeological discovery suggests our primitive ancestors left Africa to explore the world around 800,000 years earlier than was previously thought before returning to their home continent. List of Germanic deities In Germanic paganism, the indigenous religion of the ancient Germanic peoples that inhabited Germanic Europe, there were a number of different gods and goddesses. Germanic deities are attested from numerous sources, including works of literature, various chronicles, runic inscriptions, personal names, place names, and other sources. This article presents a comprehensive list of these deities. Gods[edit]

10 Forgotten Ancient Civilizations History The typical history textbook has a lot of ground to cover and only so many pages to devote to anything before Jesus. For most of us, that means ancient history is a three-dog show—Egypt, Rome, and Greece. Which is why it’s easy to get the impression that, outside of those three, our map of the ancient world is mostly just blank space. But actually nothing could be further from the truth. Plenty of vibrant and fascinating cultures existed outside that narrow focus. Unexplained Mysteries of LOST LANDS Many western cultures have myths of lost lands, where once lived our great ancestors. Typical is Lyonesse, a fabled land once said to exist between Land’s End and the Scilly Isles, off the British coast. On this land stood the city of Lions and some 140 churches. Folk tales, and later poets such as Tennyson, kept the fable alive by associating it with King Arthur. Thought to be the place of his birth, his death has also been associated with the lost land. Logically, it seems the fable arose from its association with the Breton town St-Pol-de-Leon, know to the Roman’s as Leo’s Castle.

Astrolabe – Magnificent Computer of the Ancients It is an ancient tool, created over two thousand years ago when people thought that the Earth was the center of the universe. They are often referred to as the first computer and however debatable that statement might be there is one thing for sure without a doubt. Astrolabes are objects of immense mystery and beauty. So what does an astrolabe do and how were they useful in the ancient world? Firstly they are problem solving instruments – they compute things such as the time of day according the position of the sun and the stars in the sky. 1000-year-old coins found in Northern Territory may rewrite Australian history A find of 1000-year-old coins (not pictured) had led archaeologists to launch an expedition that may rewrite Australian history. Source: news.com.au REMEMBER when you were taught that Australia was discovered by James Cook in 1770 who promptly declared it "terra nullius" and claimed it for the British throne? Turns out that could be completely and utterly wrong. Five copper coins and a nearly 70-year-old map with an "X" might lead to a discovery that could rewrite Australia's history. Australian scientist Ian McIntosh, currently Professor of Anthropology at Indiana University in the US, is planning an expedition in July that has stirred up the archaeological community.

Mystery of the Maya Deep within the jungles of Mexico and Guatemala and extending into the limestone shelf of the Yucatán peninsula lie the fabled temples and palaces of the Maya. While Europe still slumbered in the midst of the Dark Ages, these innovative people had charted the heavens, evolved the only true writing system native to the Americas and were masters of mathematics and calendrics. Without advantage of metal tools, beasts of burden or even the wheel they were able to construct vast cities with an astonishing degree of architectural perfection and variety. Their legacy in stone, which has survived in a spectacular fashion at places such as Palenque, Tikal, Tulum, Chichén Itzá, Copán and Uxmal, lives on as do the seven million descendants of the classic Maya civilization. In support of the IMAX film, Mystery of the Maya, which was co-produced by the Canadian Museum of Civilization, we present here information on Maya civilization and several exhibits that were on display at the Museum in 1995.

5 Shockingly Advanced Ancient Buildings That Shouldn't Exist Back in the 1960s, surveyors in Turkey found an ancient buried complex composed of huge stone pillars arranged in a circle like Stonehenge, some of them 30 feet tall. What really knocked the monocles out of their eyes, however, was that this was much older than Stonehenge ... 6,000 years older. TeomancimitThe hieroglyphics translate to "First!" So those massive, ornate limestone pillars were carefully carved from a nearby quarry using hunks of flint rock and their bare hands. Having been dated to around 9000 B.C., Gobekli Tepe is thought to be the oldest human construction. That's further back than any of the ancient sites you learned about in history class.

Ancient Builders Created Monumental Structures that Altered Sound and Mind, Say Researchers Hal Saflieni Hypogeum on the island of Malta By Popular Archaeology The results of recent research suggests that ancient, or prehistoric, builders of the monumental structures found in such diverse places as Ireland, Malta, southern Turkey and Peru all have a peculiarly common characteristic — they may have been specially designed to conduct and manipulate sound to produce certain sensory effects. Beginning in 2008, a recent and ongoing study of the massive 6,000-year-old stone structure complex known as the Hal Saflieni Hypogeum on the island of Malta, for example, is producing some revelatory results.

Sumerian Myths Sumerian civilization originated in what is now southern Iraq, just upriver from the mouths of the Tigris and Euphrates rivers. "Civilization" in this context means a settled town or city-dwelling people who possess a stable agricultural technology (including domesticated animals) and have developed a hierarchical system of social classes (peasants, laborers, slaves, craftsmen [smiths, masons, carpenters, potters, etc.], farmers, fishermen, merchants, doctors, architects, priests and temple attendants, bureaucrats, scribes, advisers, priest-kings). Since the climate of southern Iraq is hot and dry, agriculture requires an extensive irrigation system of canals and dikes. 6 Famous Symbols That Don't Mean What You Think The entire point of using a symbol is that it conveys meaning and saves space -- you see one picture of a stick figure in a dress and you no longer need the phrase "This is the place where female humans can discharge waste." But what is fascinating is that sometimes the meaning of a symbol will get lost to history, but we'll just keep right on using it anyway. But would we do that if we knew ... Note: Did you know that Cracked used to be a magazine? Of course you didn't, none now live who remember that.