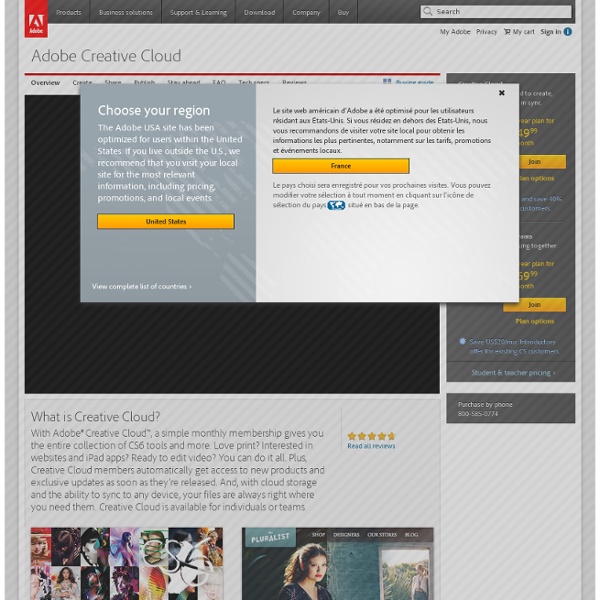 The Adobe USA site has been optimized for users within the United States. If you live outside the U.S., we recommend that you visit your local site for the most relevant information, including pricing, promotions, and local events. United States Canada - English Your country selection will be remembered for future visits. You can change this selection at any time using the country selector at the bottom of the page. Le site web américain d'Adobe a été optimisé pour les utilisateurs résidant aux États-Unis. Canada - Français Le pays choisi sera enregistré pour vos prochaines visites. View complete list of countries ›

VPT 6.0 VPT 8 by HC Gilje, released may 2018. Video Projection Tool (VPT) is a free multipurpose realtime projection software tool for Mac and Windows. VPT 7 was downloaded over 100000 times, so in spite of a lot of other options available VPT still is popular. Among other things it can be used for projecting mapping on complex forms, adapt a projection to a particular space/surface, combine recorded and live footage, for multiscreen HD playback, for interactive installations using arduino sensors or camera tracking ++. VPT is very flexible in terms of control, with presets and a built in cue list, as well as control over almost every single parameter using OSC, midi, serial communication, built in LFOs and ArtNet. It also supports syphon (mac) and spout (windows) for sharing video streams between applications.

Tourism Modern tourists taking photos from an open-topped tour bus. Tourism is travel for recreational, leisure, or business purposes, usually of a limited duration. Tourism is commonly associated with trans-national travel, but may also refer to travel to another location within the same country. The World Tourism Organization defines tourists as people "traveling to and staying in places outside their usual environment for not more than one consecutive year for leisure, business and other purposes".[1]

MGM Resorts Assets Please enter your email address and password: Forgot your password? Click here LEGO Digital Designer 4.3.8 download - V3.co.uk This is the software publisher’s description. As far back as 1999, a group of visionary LEGO product developers and engineers started thinking about letting people design their own LEGO products. They imagined people of all ages, anywhere in the world, being able create any design they could dream up – using an intuitive, free tool for digital design. The first milestone was achieved in July 2003, when version 1.0 of LEGO Digital Designer was released. In February 2004, an online 3D Gallery went live, allowing designers to share their ideas via the Internet.

Video Projection Mapping by battleROYAL.berlin battleROYAL created a major production in celebration of the 125th anniversary of MADSACK Mediengruppe. MADSACK invited the city of Hannover to join them in celebrating their anniversary with an open-air festival and spectacular show event. 50,000 visitors gathered in the heart of the city for an evening of live performance, music, and entertainment. Hosted by Barbara Schöneberger, the stage program featured musical performances by Mousse T & Band, Lukas Rieger, Spax, Michael Schulte, Sarah Lombardi, Lions Head, and Sasha. For the grand finale of the night, battleROYAL developed an innovative show experience combining live performance with advanced mapping and video design. The team turned the facade of MADSACK’s Anzeiger Hochhaus into both a vertical stage and multimedia installation, rising 50 metres over the crowd.

Mockup In manufacturing and design, a mockup, or mock-up, is a scale or full-size model of a design or device, used for teaching, demonstration, design evaluation, promotion, and other purposes. A mockup is a prototype if it provides at least part of the functionality of a system and enables testing of a design.[1] Mock-ups are used by designers mainly to acquire feedback from users. Mock-ups address the idea captured in a popular engineering one-liner: You can fix it now on the drafting board with an eraser or you can fix it later on the construction site with a sledge hammer.[2]

LiveShare LiveShare makes group photo sharing easy on iPhone, Android, Windows Phone 7, and the Web. With the free mobile app, you and your friends can now take photos at parties and other experiences and easily share them live all in one place. Create a group photo stream for a party or any occasion. Invite friends to share photos into your group photo stream. Then watch everyone's photos flow in live. It's public and private group photo sharing at your fingertips.

Filter Forge - Great Solution To Your Digital Issues Don't Forget to participate in a contest where you can win an amazing e-Commerce template from TemplateMonster. Whether you are a novice or an expert digital artist, Filter Forge will prove to be a great tool that will ease your work with various projects. It is a high-end plugin for Adobe Photoshop that will allow you to create visual effects, enhance photos, process images, and the list may go on. The key features of Filter Forge include a visual filter editor and a free online filter library. kinect As kindly pointed by master Memo, I tested my hardware latency. First photo is the projector latency: displaying the same timecode on both computer screen and the projector, in this case an Optoma EP759. On top the proector timecode, bottom the computer timecode: Result is a 16ms latency. 1 frame at 60FPS. Now testing the Kinect unit.

.NET .NET Framework (pronounced dot net) is a software framework developed by Microsoft that runs primarily on Microsoft Windows. It includes a large library and provides language interoperability (each language can use code written in other languages) across several programming languages. Programs written for .NET Framework execute in a software environment (as contrasted to hardware environment), known as the Common Language Runtime (CLR), an application virtual machine that provides services such as security, memory management, and exception handling.

Don’t Go Back To School My studiomate Kio Stark just launched her latest ebook titled Don’t Go Back to School. Fact is, schools don’t have a monopoly on learning anymore as more people are declining traditional education and college degrees. Instead they’re getting the knowledge, training, and inspiration they need outside of the classroom. In Don’t Go Back to School Kio draws on extensive research and over 100 interviews with independent learners, and with that offers the ultimate guide to learning without school. Working with Hardware: DMX, Part 3 In this final article in the DMX set, I’m going to walk through the process of creating the DMX system we used to make the video below. We needed to write a very specific hardware–focused Max patch to get this to work. My hope is that some of the ideas and techniques used to create this system will be useful to you in your explorations of your own DMX hardware based projects. Part 1 – the hardware.

Angel investor An angel Investor or angel (also known as a business angel or informal investor) is an affluent individual who provides capital for a business start-up, usually in exchange for convertible debt or ownership equity. A small but increasing number of angel investors organize themselves into angel groups or angel networks to share research and pool their investment capital, as well as to provide advice to their portfolio companies.[1] Etymology and origin[edit] The term "angel" originally comes from Broadway, where it was used to describe wealthy individuals who provided money for theatrical productions. In 1978, William Wetzel,[2] then a professor at the University of New Hampshire and founder of its Center for Venture Research, completed a pioneering study on how entrepreneurs raised seed capital in the USA, and he began using the term "angel" to describe the investors that supported them. Source and extent of funding[edit]

45 Creative Buttons And Badges Tutorials Don't Forget to participate in a contest where you can win an amazing e-Commerce template from TemplateMonster. For today’s round up, we have gathered 45 tutorials that will let you learn how to create appealing and fine looking buttons and badges for your website. All these tutorials are different from one another but they all make use of Adobe Photoshop and Illustrator. With beautiful and appealing web buttons and badges, the overall appearance of a web design can be significantly increased.