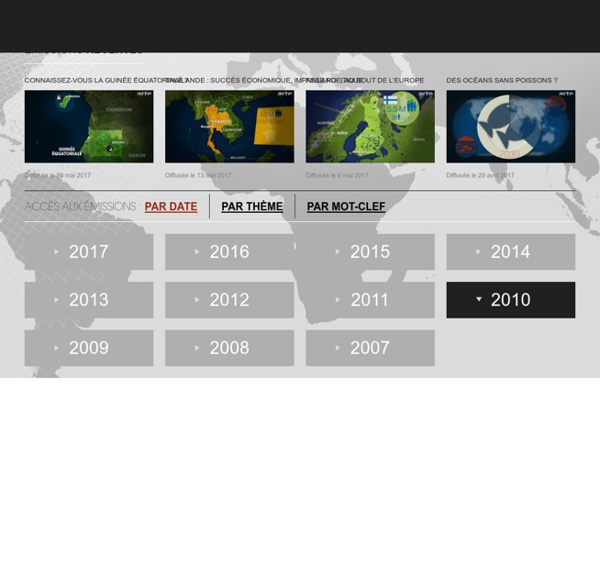 Wiki – WikiIndex – the index of all wiki EN[edit] This page is a brief overview about what wikis are. It could also refer to WikiWikiWeb; the very first wiki software. Don't know what a wiki is? Check out: This simple illustration at CommunityWiki – WhyWikiWorks;An article about wiki at the English Wikipedia, along with the history of wikis;This 8 minute screencast video – Heavy Metal Umlaut;Ward Cunningham's in-depth interview regarding his idea of wiki.

Roman emperor Titus' 'Third Wall' siege in A.D. 70 found in Jerusalem Archaeologists have discovered the remains of an ancient tower thought to have once stood atop Jerusalem’s fabled ‘Third Wall,’ which was breached during the Roman emperor Titus’ siege of the city 2,000 years ago. The grisly battle ultimately led to the conquest of Jerusalem and the destruction of the Second Temple, and researchers have long debated the details of the city’s boundaries on the eve of the onslaught in 70 AD. Not far from the tower, the team also found scores of projectile stones that were catapulted at guards who stood atop the tower, providing new evidence of the ancient battle that could be proof of the wall’s existence at the site. Scroll down for video

The man who keeps finding new species of shark Most people have heard of great white, hammerhead and tiger sharks but there are many other species - and every year a number of new ones are discovered. One enthusiast has, so far, identified 24 types of shark and related fish that were previously unknown. Dave Ebert has a favourite market in Taiwan. He's been going there since he was a student 30 years ago. It's hot, humid and noisy - baskets are filled to the brim with a staggering variety of fish. Ministry of Employment and the Economy - Vision Era-Net The importance of research and planning in pursuit of a Europe-wide innovation policy is emphasised by innovation's increasing importance as an engine for European economic growth. Vision Era-Net, a European collaborative network linking leading national innovation policy agencies, has sought to improve the quality and efficiency of innovation policy planning, while enhancing collaboration between the participating countries. Coordinated by the Ministry of Employment and the Economy, this project was launched in 2005 and ended in 2009. Vision Era-Net brought innovation policy agencies together The Vision Era-Net network included 12 partners from ten nations. Era-Net funding scheme under the EU's sixth framework programme provided the total budget of EUR 2 million, with the objective of promoting the creation of the European Research Area (ERA).

E-Diplomacy map shows which leaders talk to each other on Twitter We all know that Barack Obama (or at least, his staff), is on Twitter, sending out messages under @barackobama. Turns out, so are lots of world leaders (or rather, their surrogates). There’s Toomas Hendrik Ilves, the president of Estonia. There’s Dmitry Medvedev, the prime minister of Russia. So are the leaders of Canada, Mexico, Brazil and Rwanda. Heck, even Ayatollah Ali Khamenei, the Supreme Leader of Iran, is on Twitter: @khamenei_ir. Exemplary Word Pages <span class='error'>You need to enable Javascript to get the best out of this site. Please :-).</span> A few example word pages Marco Polo - Exploration Two years later, Niccolò and Maffeo sailed to Acre in present-day Israel, this time with Marco at their side. At the request of Kublai Khan, they secured some holy oil from the Church of the Holy Sepulchre in Jerusalem and then backtracked to Acre to pick up gifts, papal documents and two friars from newly elected Pope Gregory X. The friars quickly abandoned the expedition, but the Polos continued on, possibly by camel, to the Persian port city of Hormuz. Failing to find any boats to their liking, they instead took take a series of overland traders’ routes that, in the 19th century, would become known as the Silk Road. Over the next three years they slowly trekked through deserts, high mountain passes and other rough terrain, meeting people of various religions and cultures along the way. Finally, around 1275, they arrived at Kublai Khan’s opulent summer palace at Shangdu, or Xanadu, located about 200 miles northwest of his winter quarters in modern Beijing.

Bloomberg Business - Business, Financial & Economic News, Stock Quotes This Is How Fast America Changes Its Mind By Alex Tribou and Keith CollinsUpdated: June 26, 2015 Eleven years after Massachusetts became the first state to allow same-sex couples to marry, the Supreme Court has now extended that right nationwide. Norway’s role in the global economy of the 21st century – key policy issues Introduction The aim of this paper is to identify key priorities for Norwegian economic policy, focusing on foreign economic relations, for the medium-term future. The paper is motivated by the clear sense that the global economy is undergoing structural changes that will require a review of current Norwegian policies. The thinking builds on Michael Porter’s work on competitiveness, including joint work with him on applying this framework on Norway The changing context for competition in the global economy