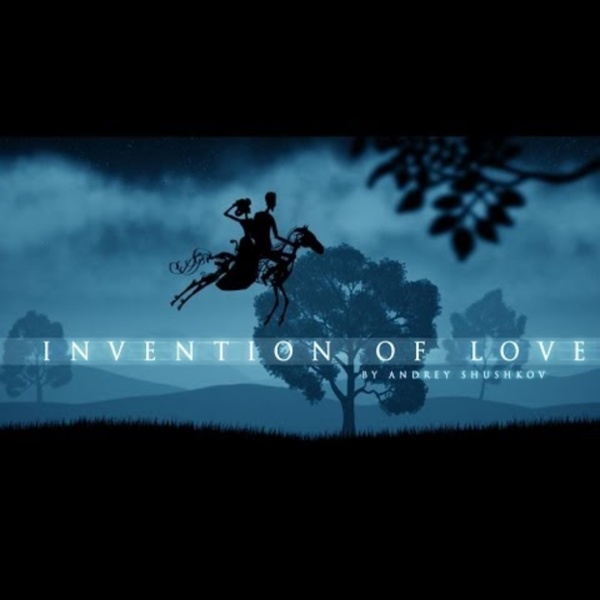 Skhizein - short film by Jeremy Clapin Having been struck by a 150-ton meteorite, Henry has to adapt to living precisely ninety-one centimeters from himself. An animated short that runs for only 13 minutes, this tells the rather comical and yet sad story of a man affected by a meteorite in a most peculiar way. Once he has been struck he finds that his body is now constantly 91 centimetres from where it should be. To open a door, sit down, answer his telephone, etc, he has to perform all of the actions exactly 91 centimetres away from where he normally would, laws of physics having taken a long walk off a short pier. With a warm, wonderfully rendered style and a mixture of great detail and enjoyably abstract moments, this little piece of animation is, quite frankly, an absolute joy. The bizarre central concept is brilliantly realised and handled so well that you never laugh AT the ridiculousness of the whole thing although you do get a chance to laugh ALONG with a number of great moments.

Info on German Expressionist Films: The Techniques and Influence of Metropolis, Nosferatu, M and Others German expressionist films were prevalent in the 1920s. Amongst the most well remembered are films such as The Cabinet of Dr Caligari (Robert Weiner, 1920), Nosferatu (F.W. Murnau, 1922), Metropolis (Fritz Lang, 1927) and Sunrise (F.W. Murnau, 1927). These films were united by highly stylized visuals, strange asymmetrical camera angles, atmospheric lighting and harsh contrasts between dark and light. Shadows and silhouettes were an important feature of expressionism, to the extent that they were actually painted on to the sets in The Cabinet of Dr Caligari.

Does Math Exist Outside the Human Brain? Big Ideas In this episode of the Idea Channel‘s always-brilliant explanation of how and why the world works, the focus is on math, and the mind-bending question: Who created math, anyway? “Unlike physics, chemistry, and biology we can’t see it, smell it, or even directly observe it in the universe. And so that has made a lot of really smart people ask, does it actually even EXIST?!?! Similar to the tree falling in the forest, there are people who believe that if no person existed to count, math wouldn’t be around at ALL!!!! LA LUNA 11.4KGoogle + Don’t worry guys, we’re not here to give you a broken link! The only thing you need is a comfortable seat. That’s all, because we have Pixar‘s Oscar-nominated shorty La Luna, and as usual – we want to share the fun with you!

Film Noir - Films Film Noir (literally 'black film or cinema') was coined by French film critics (first by Nino Frank in 1946) who noticed the trend of how 'dark', downbeat and black the looks and themes were of many American crime and detective films released in France to theatres following the war, such as The Maltese Falcon (1941), Murder, My Sweet (1944), Double Indemnity (1944), The Woman in the Window (1944), and Laura (1944). A Fool-Proof Method for Making the Right Decision Every Time I wrote this for the fence-sitters. Whenever I’m faced with making a decision, this is what I do to ensure that I make the right choice every time. If you use this method, you will never make a wrong decision. Step 1: Get clear on what the options are.

Watch the Best Online Short Films A man can take on elements of fine art that he eats, in this deliciously well-designed French animation. Really cool short animation came online this morning out of France from Léo Verrier. Production was through Chez Eddy, which, looking through its cast of creatives, is home to some names we recognize like Celine and Yann as well as FX & Mat. This film features lovely art as well as an intriguing narrative.