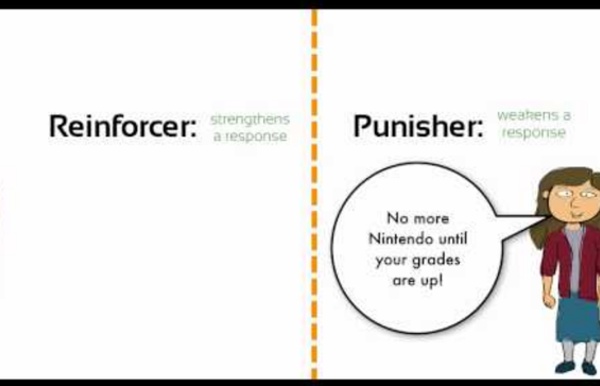 Suspension and Revoke of the Drivers’ Licence – Drink Driving in Singapore ( Singapore Context)Under the road traffic act Section 48: Driving Licence WILL NOT BE GRANTED to any applicant if there is another licence held by the applicant which is suspended or revoked. The applicant is also not allowed to go on the roads during the period of suspension or revoke ( meaning not allowed to drive or ride a car or motorbike). 'Honk more, wait more': India, theguardian.com There is a truth universally acknowledged by drivers in India: honk your horn loud enough and the traffic lights will surely change to green. But, fed up of impatient drivers inflicting a deafening roar every time they are forced to stop, police in Mumbai have come up with a new system to punish those who cannot wait at traffic lights in silence. The new system, said the police, was quite simple: “Honk more, wait more.” Known as “the punishing signal”, Mumbai police installed a rigged traffic light system to tackle the problem of “reckless honkers”, which resets the red traffic signal every time the sound of car horns goes above 85 decibels.

4 Proven Behavior Modification Techniques with Examples Behavior modification is a means of changing behavior through various techniques used to replace undesirable behaviors with desirable ones. Behavior modification techniques have been used to treat both adults and children for various problems, such as enuresis (bedwetting), separation and general anxiety, various phobias, obsessive-compulsive disorder (OCD), etc. The methods use vary, but usually involve some form of positive or negative reinforcement. This concept had its beginning in 1938, when B. F.

[Positive Reinforcement] Certificate of Merit. What is it? And how can you get one? Getting a driver’s licence ensures that you are qualified to drive. But along with that comes the responsibility of making sure you drive safely, not just for your sake but also for the sake of other road users. To ensure that drivers are aware of this and keep safety uppermost on their minds while driving, the Traffic Police has instituted a system of rewards and punishments. In March 1983, the Traffic Police introduced the Driver Improvement Points System (DIPS). How does the Driver Improvement System work? In Singapore, Traffic Police Give Vouchers As Well As Fines Nobody likes traffic enforcement officers, or the summons they give when they catch you. Now, however, Traffic Police have chosen to commend motorists for showing good behaviour…by giving them a commendation certificate, zebra plush toys, and petrol vouchers. Source They give out zebra plush toys because that’s the mascot for the Singapore Road Safety Council. So no asking for Baymax.

(Positive Punishment) Safe Driving Course, asiaone.com SINGAPORE - The Singapore Traffic Police will be introducing the Safe Driving Course (SDC) from Nov 1 onwards as an enhancement to its Driver Improvement Points System (DIPS). According to a statement by the police, the SDC is designed to educate motorists on safe driving techniques, correct dangerous driving behaviour and encourage good road habits. Eligible motorists who have accumulated half or more of their maximum allowable demerit points will receive a letter of notification from the Traffic Police from Nov 4 inviting them to attend the SDC. [Positive Punishment] 10kmh riding speed limit on footpaths among new rules to kick in on Feb 1 SINGAPORE: The Land Transport Authority (LTA) on Friday (Jan 18) announced that new rules encouraging safer path and road-sharing will be implemented on Feb 1. The rules, first announced in September last year, include a lower speed limit for riders on footpaths, the mandatory use of helmets by cyclists on roads, "stop and look" requirement for all active mobility device users and maximum device speed for personal mobility aids (PMAs). The rules are "part of ongoing efforts to foster greater rider responsibility and encourage safe sharing of our paths and roads”, the authority said in a news release. Under the new rules, the speed limit for riding on footpaths will be lowered from the current 15kmh to 10kmh. “This will allow all path users more time to react to unforeseen circumstances, thus reducing the risk of accidents and severity of injuries should they happen,” said LTA.

[Negative Punishment] Penalties for Dangerous Driving for Singapore Drivers Perhaps you’re a fan of the Fast & Furious film franchise and want to try out those cool car stunts for yourself. Or maybe you think you have the hots to be Singapore’s Best Car Drifter just because you own a sweet car. Or maybe you’re just in a rush and are cutting in and out of the lanes so you can get home faster. All these actions could get you charged for dangerous driving in Singapore. Do you know what the penalties are for drivers convicted of this offence? Harsher penalties for driving offences including longer jail terms and heavier fines, Singapore News SINGAPORE - Irresponsible and reckless motorists may face longer jail terms and have their vehicles seized under proposed changes to the Road Traffic Act (RTA). Announcing this on Thursday (Feb 21), Ms Sun Xueling, Senior Parliamentary Secretary for Home Affairs (MHA) and National Development, said: “We want to increase the penalties for motorists who drive irresponsibly and cause serious accidents. “This will deter them and ensure that they receive sentences that are commensurate with the harm they caused.” With the changes, dangerous driving and careless driving under the RTA will correspond broadly to offences of rash act and negligent act under the Penal Code. The authorities will consider the manner in which the vehicle was operated, such as whether the motorist was driving at excessively high speeds or manoeuvring his vehicle in very close proximity to other vehicles.

Desirable and Undesirable Behaviours  by SAAQ.gouv.qc.ca Behaviours – Courtesy and Sharing the Road Lack of courtesy and aggressiveness have no place on the road. Some poor behaviours are actual offences under the Highway Safety Code. Courtesy applies to everyone: drivers, cyclists and pedestrians On the road network, being courteous and respecting others are very important to avoid conflict and accidents.