In the wake of Marx 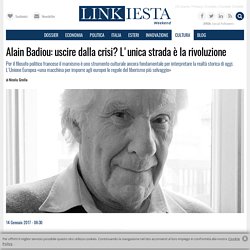 Marxism 101: How Capitalism is Killing Itself with Dr. Richard Wolff. In a country that declared the end of socialism, a major poll released in January 2016 revealed something unexpected. 43% of people under 30 in the US view socialism favorably compared to only 32% who view capitalism favorably. 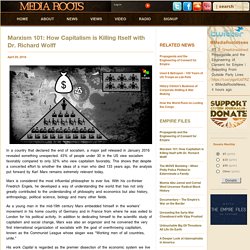 This shows that despite a concerted effort to smother the ideas of a man who died 133 years ago, the analysis put forward by Karl Marx remains extremely relevant today. Marx is considered the most influential philosopher to ever live. With his co-thinker Friedrich Engels, he developed a way of understanding the world that has not only greatly contributed to the understanding of philosophy and economics but also history, anthropology, political science, biology and many other fields.

As a young man in the mid-19th century Marx embedded himself in the workers’ movement in his home country of Germany and in France from where he was exiled to London for his political activity. Marxism 101: How Capitalism is Killing Itself. Karl Marx’s Life and Legacy, in a Comic. The history of our species is rife with ideologies — political, religious, social, philosophical — that have been either wholly hijacked from their creators or gradually warped, with only fragments of the original vision intact, doomed to being continually misunderstood by posterity.

On the heels of the excellent graphic biography of Freud, British indie press Nobrow is back with Marx (public library | IndieBound) by Swiss writer, economist, historian, and psychoanalyst Corinne Maier and French illustrator Anne Simon — an illuminating chronicle of the life and legacy of a man at once reviled as “the Devil” for denouncing capitalism and celebrated for his ideals of eradicating inequality, injustice, and exploitation from the world. One of the final pages, reflecting on communism’s rise to power in Russia, Eastern Europe and China in the twentieth century, captures the dimensionality of Marx’s legacy in elegantly simple form. Images courtesy of Nobrow Press. Moltitudine/classe operaia (2002) - Paolo Virno. Did Market Leninism Win the Cold War? Is Marxism coming back? The resurgence of the Left in Europe and America. In this weekend’s long-read article, Grigoris Markou surveys the re-emergence of Marxist and Communist ideas in contemporary political discourse. 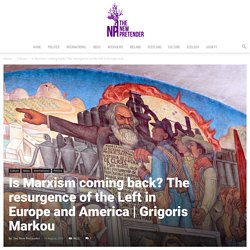 Tracing the relationship between Marxism and Populism, Markou concludes: ‘convergence between populism and Marxism seems to be extremely utopian for north European societies, in which capitalism, liberal thinking and excessive consumerism has become so ingrained in the majority of the people’s consciousness. Nevertheless, we have to think about an essential combination of populism and Marxism because, maybe, it is a real alternative path for the contemporary left-wing movement’. In June 2017, Jeremy Corbyn’s and Labour party’s radical manifesto for the general elections was based on the populist slogan ‘For the many not the few’, pledging to re-nationalise public services and put an end to privatizations and neoliberalism. 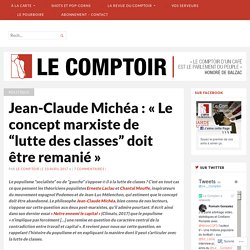 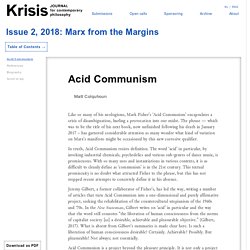 The phrase — which was to be the title of his next book, now unfinished following his death in January 2017 – has garnered considerable attention as many wonder what kind of variation on Marx’s manifesto might be occasioned by this new corrosive qualifier. In truth, Acid Communism resists definition. The word ‘acid’ in particular, by invoking industrial chemicals, psychedelics and various sub-genres of dance music, is promiscuous.

With so many uses and instantiations in various contexts, it is as difficult to cleanly define as ‘communism’ is in the 21st century. This textual promiscuity is no doubt what attracted Fisher to the phrase, but this has not stopped recent attempts to concretely define it in his absence. Acid Communism is a project beyond the pleasure principle. Acid Communism (Unfinished Introduction) – BLACKOUT. “The spectre of a world which could be free” “[T]he closer the real possibility of liberating the individual from the constraints once justified by scarcity and immaturity, the greater the need for maintaining and streamlining these constraints lest the established order of domination dissolve. 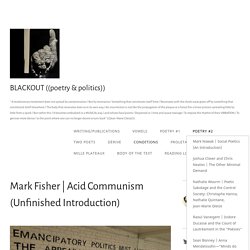 Civilisation has to protect itself against the spectre of a world which could be free. […] In exchange for the commodities that enrich their lives […] individuals sell not only their labour but also their free time. […] People dwell in apartment concentrations — and have private automobiles with which they can no longer escape into a different world.

They have huge refrigerators stuffed with frozen foods. They have dozens of newspapers and magazines which espouse the same ideals. The claim of the book is that the last forty years have been about the exorcising of “the spectre of a world which could be free”. How Mark Fisher Turned Punk Writing on Pop Culture Into an Infectious Critique of Capitalism. Weekly Worker. Marxist.net - Committee for a Workers' International Marxist resource. Marxmanship. Hypothèse communiste.