One in 20 Brits delete Facebook accounts after the Cambridge Analytica scandal. The study, by WPP-owned Syzygy and marketing intelligence platform Attest, also found that 54% of the 1,000 respondents have changed or intend to change their privacy settings. 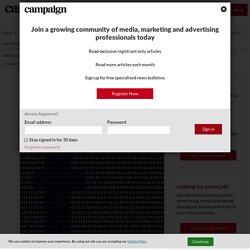 Overall, 54% do not intend to delete any social platforms in the wake of the scandal, and 20% haven't decided whether or not they will yet. Nevertheless, two-thirds (67%) of Brits are either somewhat or extremely worried about the misuse of their personal data online, while 20% are a little worried. However these consumers aren't terribly concerned with brands using their data. Is trust in the Facebook brand irrevocably damaged in the eyes of consumers? While some brands may have left Facebook, or as Sonos did, paused its advertising on the platform to make a statement, it's been broadly agreed that brands will only truly leave the platform when its users do. 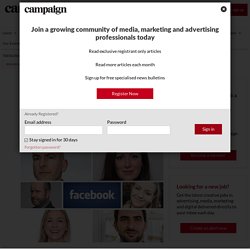 Since the scandal broke on 18 March, users have been discussing if they should leave Facebook. The hashtag #deletefacebook started on 21 March when founder of WhatsApp, Brian Acton tweeted "It's time, #deletefacebook". This led to a wave of tweets with #deletefacebook appearing more than 10,000 times on Twitter in a two-hour period that day based on data by ExportTweee. Another hashtag tracking platform, TalkWalker estimated that the hashtag has been used on Twitter around 340,000 times in the past week but appears to be dying down.

But does this mean users have irrevocably changed their opinion of Facebook? Consumer trust and data privacy: it's time to close the gap. Businesses have never needed to address data security more urgently than they do now. 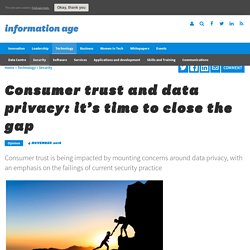 The constant stream of data breach headlines pertaining to some of the biggest companies in the world indicates the fever pitch we’re reaching. A recent data breach at the Australian Red Cross, for example, left over 1.2 million blood donor data records exposed, seriously hampering efforts to encourage people to sign up to the donor scheme. More worryingly, it was the largest data breach in the country’s history, which indicates a general worsening trend in the scale of such attacks. These incidents are causing a great deal of damage to consumer relations and trust levels. In the data breach age, where data security is inextricably linked with customer satisfaction, these incidents are creating panic among consumers and as a result confidence is taking a hit.

European data protection law to give consumers more control. The European Union (EU) General Data Protection Regulation (GDPR) will require organisations to make the personal privacy rights of consumers a top priority, said the UK privacy watchdog. The GDPR, which becomes enforceable by law in May 2018, will give people stronger rights to be informed about how their personal information is used, said UK information commissioner Elizabeth Denham. Information Commissioner’s Office – Trust and confidence in data « ComRes. ICO survey shows most UK citizens don’t trust organisations with their data. The ICO’s Deputy Commissioner will be reminding organisations to be transparent with people’s personal data after a survey revealed a significant deficit of trust that organisations must address if they want to innovate with personal information. 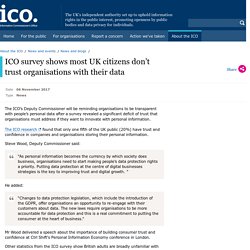 The ICO research found that only one fifth of the UK public (20%) have trust and confidence in companies and organisations storing their personal information. Steve Wood, Deputy Commissioner said: European data protection law to give consumers more control. UK consumers lack confidence in data protection, study finds. Consumer trust and data privacy: it's time to close the gap. Delete-facebook-scores-of-people-vow-to-shut-down-their-accounts-after-cambridge-analytica-data-leak-a3794256. One in 20 Brits delete Facebook accounts after the Cambridge Analytica scandal. What should we think of JD Wetherspoon ditching social media? Why did Wetherspoons really shut down its Facebook, Instagram and Twitter? The possible reasoning behind pubs’ bizarre decision. Guide to data protection. This guide is for data protection officers and others who have day-to-day responsibility for data protection. 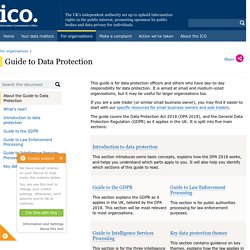 It is aimed at small and medium-sized organisations, but it may be useful for larger organisations too. If you are a sole trader (or similar small business owner), you may find it easier to start with our specific resources for small business owners and sole traders. The guide covers the Data Protection Act 2018 (DPA 2018), and the General Data Protection Regulation (GDPR) as it applies in the UK.

It is split into five main sections: Where relevant, this guide also links to more detailed guidance and other resources, including ICO guidance, statutory ICO codes of practice, and European guidelines published by the European Data Protection Board (EDPB). We produced many guidance documents on the previous 1998 Act. North Korea's secret slave gangs. Labour's making free school meals an election issue but it's not telling the truth - Jonathan Walker - Birmingham Live.

Labour has made free school meals an issue in Birmingham’s local elections. 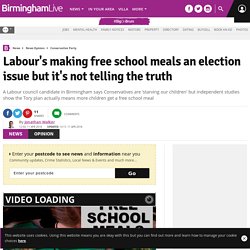 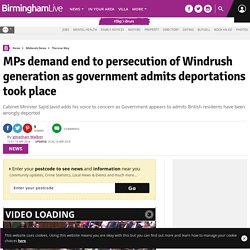 They called for “an immediate and effective response to the growing crisis facing British residents who arrived in Britain from the countries of the Commonwealth prior to 1973”. Prime Minister Theresa May announced a u-turn as she agreed to discuss the treatment of the “Windrush generation” with leaders of 12 Caribbean countries, after previously apparently declining a request to meet them. The Government is under enormous pressure to deal with the scandal after immigration Minister Caroline Nokes appeared to admit some Windrush immigrants had been wrongly deported. She told ITV News: “There have been some horrendous situations which as a minister have appalled me.” Asked how many people had been wrongly deported, she said: “No, I don’t know the numbers.

Big Ideas : Why robots should have legal rights. Big Ideas : Luxury law insists distributors have physical stores. The President Is Not Above The Law. New Zealand Cites Climate Change in Banning New Offshore Drilling. Revealed: 50 million Facebook profiles harvested for Cambridge Analytica in major data breach. The data analytics firm that worked with Donald Trump’s election team and the winning Brexit campaign harvested millions of Facebook profiles of US voters, in one of the tech giant’s biggest ever data breaches, and used them to build a powerful software program to predict and influence choices at the ballot box. 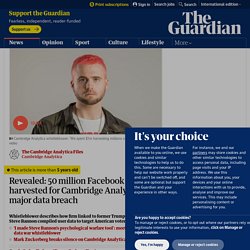 A whistleblower has revealed to the Observer how Cambridge Analytica – a company owned by the hedge fund billionaire Robert Mercer, and headed at the time by Trump’s key adviser Steve Bannon – used personal information taken without authorisation in early 2014 to build a system that could profile individual US voters, in order to target them with personalised political advertisements. Christopher Wylie, who worked with a Cambridge University academic to obtain the data, told the Observer: “We exploited Facebook to harvest millions of people’s profiles.

And built models to exploit what we knew about them and target their inner demons.