How To Be Alone. The Most Astounding Fact (Neil deGrasse Tyson, HD) No Religion. 1. Created Equal... Photographer Mark Laita. In America, the chasm between rich and poor is growing, the clash between conservatives and liberals is strengthening, and even good and evil seem more polarized than ever before. 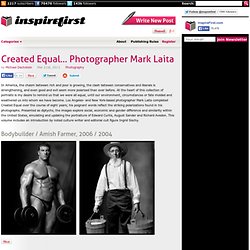 At the heart of this collection of portraits is my desire to remind us that we were all equal, until our environment, circumstances or fate molded and weathered us into whom we have become. Los Angeles- and New York-based photographer Mark Laita completed Created Equal over the course of eight years; his poignant words reflect the striking polarizations found in his photographs. Presented as diptychs, the images explore social, economic and gender difference and similarity within the United States, emulating and updating the portraiture of Edward Curtis, August Sander and Richard Avedon. This volume includes an introduction by noted culture writer and editorial cult figure Ingrid Sischy. Bodybuilder / Amish Farmer, 2006 / 2004 Young Boxer / Retired Boxer, 2002 / 2002 Lingerie Model / Woman in Girdle, 2006 / 2007. Disney gave me unrealistic expectation of men.

Slow Down « Demotivators Blog. -forever is a terribly long wait. Charlie Sheen quotes. 15 Best Yearbook Quotes. 13 Oct 2010, written by Revelation So when you finally done with high school you get to leave one last quote to be cemented in the yearbook and time forever, a good chance to sound smart, motivated, and compassionate. 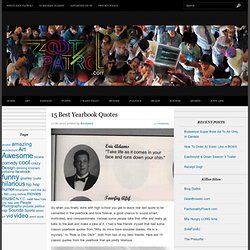 Instead some people take that offer and really go balls to the wall and make a joke of it. I had a few friends myself that had some classic yearbook quotes from “Why do mice have shoulder blades, life is a mystery.” to “Ride or Die- DMX”, both from two of my best friends. Here are 15 classic quotes from the yearbook that are pretty hilarious. Check the rest below. You May Not.

2011-01-20-MothsToAFlame.jpg (JPEG Image, 304x1386 pixels) State of the Nation. A Happiness Tip From Aristotle. According to Aristotle - the answer should be NO. 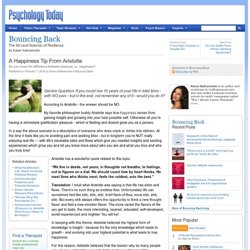 My favorite philosopher buddy Aristotle says true happiness comes from gaining insight and growing into your best possible self. Otherwise all you’re having is immediate gratification pleasure - which is fleeting and doesnt grow you as a person. In a way the above scenario is a description of someone who does crack or drinks into oblivion. At the time it feels like you’re avoiding pain and seeking bliss - but in longterm you’re NOT really enjoying real life — with life’s inevitable ebbs and flows which give you needed insights and exciting experiences which grow you and let you know more about who you are and what you love and who you truly love!

Aristotle has a wonderful quote related to this topic: : I intuit what Aristotle was saying is that life has ebbs and flows. For this reason, Aristotle believed that the reason why so many people are unhappy is that they keep foolishly confusing "pleasure" for "happiness. " Decadent Lifestyle. 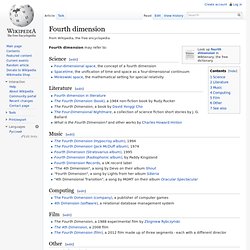 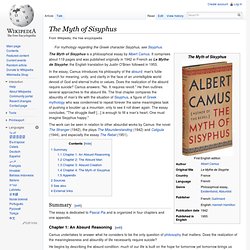 It comprises about 119 pages and was published originally in 1942 in French as Le Mythe de Sisyphe; the English translation by Justin O'Brien followed in 1955. In the essay, Camus introduces his philosophy of the absurd: man's futile search for meaning, unity, and clarity in the face of an unintelligible world devoid of God and eternal truths or values. Does the realization of the absurd require suicide? Camus answers: "No. It requires revolt. " Summary[edit] The essay is dedicated to Pascal Pia and is organized in four chapters and one appendix.

Chapter 1: An Absurd Reasoning[edit] Camus undertakes to answer what he considers to be the only question of philosophy that matters: Does the realization of the meaninglessness and absurdity of life necessarily require suicide? For Camus, who set out to take the absurd seriously and follow it to its final conclusions, these "leaps" cannot convince. Chapter 2: The Absurd Man[edit] 1797_9350_450.jpeg (JPEG Image, 450x638 pixels) 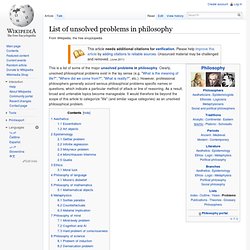 Clearly, unsolved philosophical problems exist in the lay sense (e.g. "What is the meaning of life? ", "Where did we come from? ", "What is reality? ", etc.).