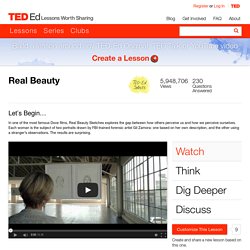 Read the article here. Parody VideoIn response, there’s already one spoof video that has a number of men in a curtained enclosure, like in the Dove ad. At the end, the portraits reveal that men see themselves as George Clooney or Brad Pitt while women see them as freakish. Why Do Men Use The Word "Fag?" Why do so many young men use the word "fag? 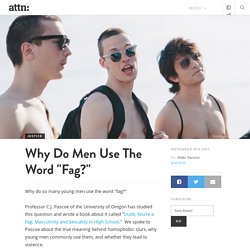 " Professor C.J. Pascoe of the University of Oregon has studied this question and wrote a book about it called "Dude, You're a Fag: Masculinity and Sexuality in High School. " We spoke to Pascoe about the true meaning behind homophobic slurs, why young men commonly use them, and whether they lead to violence. This interview has been lightly edited for length and clarity. ATTN: What is the origin of the word "fag," and was it always used as a slur? Professor Pascoe: That’s a good question, and honestly, it’s not totally clear. 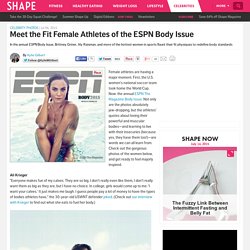 First, the U.S. women's national soccer team took home the World Cup. Now: the annual ESPN The Magazine Body Issue. Not only are the photos absolutely jaw-dropping, but the athletes' quotes about loving their powerful and muscular bodies—and learning to live with their insecuries (because yes, they have them too!) —are words we can all learn from. Check out the gorgeous photos of the women below, and get ready to feel majorly inspired. Ali Krieger"Everyone makes fun of my calves. Paige Selenski"It's not like I woke up one day and I had a really athletic body and ripped-up abs. Sadena Parks"I have a butt that is larger than I want it to be. What do teens really think about body image, beauty and bullying? 3 perspectives from around the world. Body image, beauty and bullying. 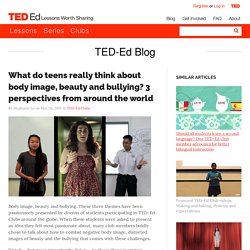 These three themes have been passionately presented by dozens of students participating in TED-Ed Clubs around the globe. When these students were asked to present an idea they felt most passionate about, many club members boldly chose to talk about how to combat negative body image, distorted images of beauty and the bullying that comes with these challenges. Watch — but more importantly, listen — to these three inspiring perspectives on body image, beauty and bullying from teenagers around the globe. Julia Takata from Panahou’s TED-Ed Club in Honolulu, Hawaii, shares her own struggles with understanding body image. “[When] I was younger, I was very susceptible to what other people had to say about me. Eating Disorders Myths...Busted. Freak - Gender - Body Ideal. Is there really a single ideal body shape for women? Many scholars of Renaissance art tell us that Botticelli’s Birth of Venus captures the tension between the celestial perfection of divine beauty and its flawed earthly manifestation. 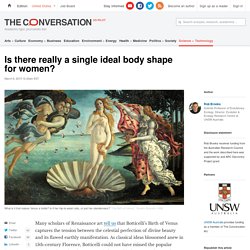 As classical ideas blossomed anew in 15th-century Florence, Botticelli could not have missed the popular Neoplatonic notion that contemplating earthly beauty teaches us about the divine. Evolutionary biologists aren’t all that Neoplatonic. Like most scientists, we’ve long stopped contemplating the celestial, having – to appropriate Laplace’s immortal words to Napoleon – “no need of that hypothesis”. It is the messy imperfection of the real world that interests us on its own terms. My own speciality concerns the messy conflicts that inhere to love, sex and beauty. Waist to hip Nowhere does the barren distinction between biology and culture grow more physically obvious than in the discussion of women’s body shapes and attractiveness. 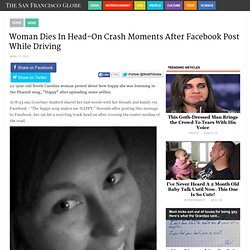 At 8:33 am, Courtney Sanford shared her last words with her friends and family via Facebook - "The happy song makes me HAPPY. " Seconds after posting this message to Facebook, her car hit a recycling truck head on after crossing the center median of the road. "The Facebook text happened at 8:33 a.m. We got the call on the wreck at 8:34 a.m. ," Lt. Chris Weisner, with the High Point Police Department said, as he described the situation. The truck lost control after the collision and hit a tree off to the side of the road. Investigators reported that, although Sanford was wearing a seatbelt, it was not being used properly. This is a tragic accident, and a reminder to us all to stay safe on the road without distractions. Pantene Philippines.