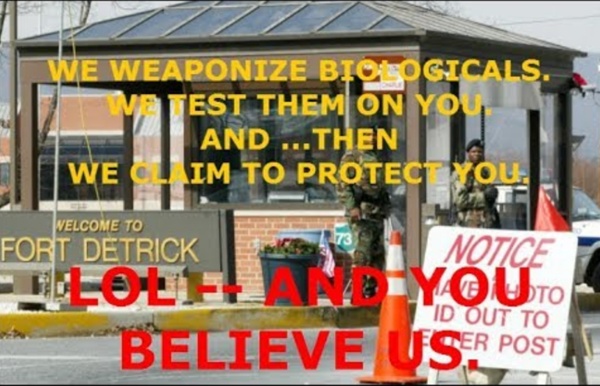 Related:  Morgellons & Lyme • The good, bad, and ugly inside us • Truth, Lies and Conspiracies • Inflammation & Autoimmune

How to Detox/Get Rid of the Nanotechnology From Chem Trails in Your Body & Cleanse Your Pineal Gland Updated 1/16/2018 Tony Pantallesco, a brilliant naturopath, herbalist, and researcher offers information on how to remove the tiny, invisible bits of nanotechnology/synthetic biology raining down on us everyday that lodge in our skin and organs and blood and alter our DNA, clog our blood, and deprive our brain of vital minerals, among other unsavory effects. “We are being genetically engineered.” Nanocrystals Nanotech is apparently also found in vaccines–for more information, please explore Tony’s videos on Youtube, and his website. Watch his demonstrating how to make a “nano-bucket,” a bucket wrapped in wire in order to create an electromagnetic field to get the nano-bits out of the body, while he discusses the realities of current-day pollution.

Streptococcus pneumoniae S. pneumoniae resides asymptomatically in the nasopharynx of healthy carriers. The respiratory tract, sinuses, and nasal cavity are the parts of host body that are usually infected. However, in susceptible individuals, such as elderly and immunocompromised people and children, the bacterium may become pathogenic, spread to other locations and cause disease.

Google's true origin partly lies in CIA and NSA research grants for mass surveillance Two decades ago, the US intelligence community worked closely with Silicon Valley in an effort to track citizens in cyberspace. And Google is at the heart of that origin story. Some of the research that led to Google’s ambitious creation was funded and coordinated by a research group established by the intelligence community to find ways to track individuals and groups online. The intelligence community hoped that the nation’s leading computer scientists could take non-classified information and user data, combine it with what would become known as the internet, and begin to create for-profit, commercial enterprises to suit the needs of both the intelligence community and the public. They hoped to direct the supercomputing revolution from the start in order to make sense of what millions of human beings did inside this digital information network. That collaboration has made a comprehensive public-private mass surveillance state possible today.

Activated Charcoal: What It Is and How It Can Ease Inflammatory Bowel Disease – Crohn's disease This post contains affiliate links. If you decide to buy a product through my link I will earn a commission on the sale. Thank you for your support. My Experience With Activated Charcoal I was visiting the doctor I see in alternative medicine because my Crohn’s was flaring miserably one winter a few years back. Deadly fungal infection that doctors have been fearing now reported in U.S. A strain of Candida auris cultured in a petri dish at the Centers for Disease Control and Prevention. (Shawn Lockhart/CDC) Nearly three dozen people in the United States have been diagnosed with a deadly and highly drug-resistant fungal infection since federal health officials first warned U.S. clinicians last June to be on the lookout for the emerging pathogen that has been spreading around the world. The fungus, a strain of a kind of yeast known as Candida auris, has been reported in a dozen countries on five continents starting in 2009, when it was found in an ear infection in a patient in Japan. Since then, the fungus has been reported in Colombia, India, Israel, Kenya, Kuwait, Pakistan, South Korea, Venezuela and the United Kingdom.

Meet the Deadliest Being on Planet Earth A war has been raging for billions of years, killing trillions every single day, while we don’t even notice. This war involves the single deadliest being on our planet: The Bacteriophage. Video by Kurzgesagt and created with scientific advice and editing by James Gurney.

The Illegitimate Rothschild Family Tree Killed Hundreds Of Millions (Stalin-Hitler and Mao All Rothschilds-Stalin’s Mother Impregnated In A Laundry room) We are living in what is known as the information age. However there are always those who will try and deny, twist and obfuscate the obvious. They say the mark of a good intel person is to always deny deny deny.

Every Hour Untreated Sepsis Survival Drops 4% — Here Are the Symptoms to Watch For « Invisiverse Twelve-year old Rory Staunton took a dive for a basketball during gym class and came up with a cut on his arm. The school nurse applied a couple of band-aids, without cleaning the cut, and off he went. In approximately three days, hospital physicians told his parents there was nothing else that they could do for their son; he was dead. Rory died of sepsis, a condition which should become a household word because of its danger, and immediate threat of death. According to an article in the New England Journal of Medicine, sepsis impacts more than 1.5 million people per year, causing intense suffering, grief, and death.

nanomarkassimilation Directory of info in regarding Assimilation and Mutation by NanoGentic Engineering Nano Aerosols These have been with us since the industrial revolution and since the early 50's these particulates were called ultrafine particles that were released into the environment~ and over the years through increased releasing of chemicals these particulate matter have interacted in the atmosphere producing chemistry that is not even listed in the periodic table.

The Ebola Outbreak and Biological Patents - Hopkins Biotech Network by: Elizabeth Kolar Even though the United States has been declared “Ebola-free”, the effort to contain and eradicate Ebola hemorrhagic fever from the affected African countries of Sierra Leone, Liberia, Guinea, and now Mali is ongoing. As the fight has evolved over the past year, misconceptions and conspiracies have made their way to the general public. This time of misinformation can hurt scientific and medical advances necessary to combat the disease.. Early in the Fall of this year, while most in the United States were becoming more aware of the outbreak occurring in West Africa, and with several cases were starting to pop up here within our borders, some started spreading the conspiracies and misinformation regarding a patent issued by the U.S.