Net Fix: Title II, the two words that terrify the broadband industry. This story is part of a CNET special report looking at the challenges of Net neutrality, and what rules -- if any -- are needed to fuel innovation and protect US consumers. 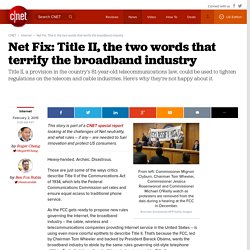 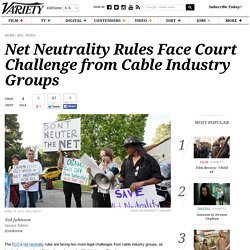 The National Cable & Telecommunications Assn., representing major cable and Internet providers, has hired Ted Olson, the former solicitor general, and Miguel Estrada, former U.S. assistant to the solicitor general, to take their case. EU Goes After Google on Search, Opens Android Probe. As expected, the European Commission today formally accused Google of abusing its power when it comes to search, and opened a separate probe into the company's Android mobile operating system. 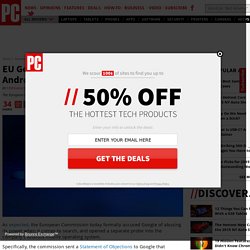 F.C.C. Net Neutrality Rules Clear Hurdle as Republicans Concede to Obama. Photo WASHINGTON — Senior Republicans conceded on Tuesday that the grueling fight with President Obama over the regulation of Internet service appears over, with the president and an army of Internet activists victorious. 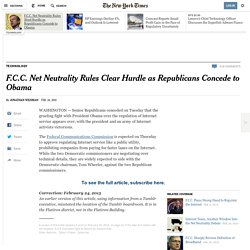 Copyright Office Has Thoughts on What Streaming Music Services Should Pay for Music. It is past time to update copyright laws for music licensing, which are woefully out of sync with how Americans listen to music these days, according to a long-awaited report Thursday from the U.S. 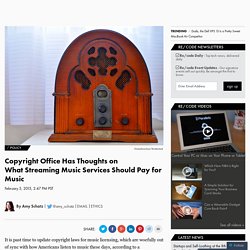 Copyright Office. The 245-page report offers ten pages of recommendations for how existing copyright law over music licensing should be updated to better reflect how people listen to music now. Watching local and a la carte is a recipe for STAVRAtion « Truth on the Market. The $23,000 T-shirt: Teaching Copyright in Today’s Social Media Culture. How much is a T-shirt or a tweet worth? 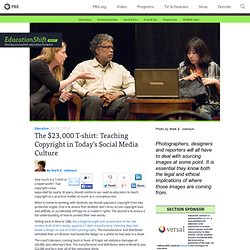 Two copyright cases, separated by nearly 30 years, should reinforce our need as educators to teach copyright as a practical matter as much as a conceptual one. News from The Associated Press. LOS ANGELES (AP) -- The nation's top telecoms regulator is proposing to allow a pay-for-priority fast lane on the Internet for movies, music and other services to get to people's homes. 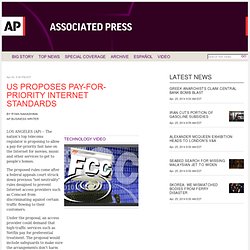 The proposed rules come after a federal appeals court struck down previous "net neutrality" rules designed to prevent Internet access providers such as Comcast from discriminating against certain traffic flowing to their customers. Under the proposal, an access provider could demand that high-traffic services such as Netflix pay for preferential treatment. Twitter Battles Syrian Hackers - Security - Attacks/breaches - Hacking group Syrian Electronic Army seizes CBS Twitter accounts and publishes links to websites that infect visitors with malware. 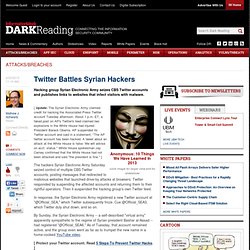 " Breaking Hernando county news, local sports and events, and weather from Hernando Today. What most people don’t know, however, is that Netflix also has become an industry leader in the computer storage and use of its subscribers’ private content-viewing histories and other personal information. 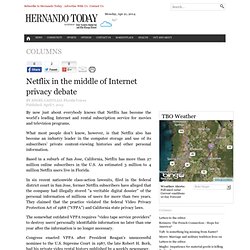 Based in a suburb of San Jose, California, Netflix has more than 27 million online subscribers in the U.S. An estimated 3 million to 4 million Netflix users live in Florida. In six recent nationwide class-action lawsuits, filed in the federal district court in San Jose, former Netflix subscribers have alleged that the company had illegally stored “a veritable digital dossier” of the personal information of millions of users for more than two years. They claimed that the practice violated the federal Video Privacy Protection Act of 1988 (“VPPA”) and California state privacy laws. Susan Crawford: Country and FCC at Crisis Point - 2013-04-07 19:56:42.

The Long Reach of TV Spectrum Repacking. The Benton Foundation works to ensure that media and telecommunications serve the public interest and enhance our democracy.