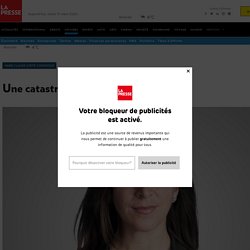 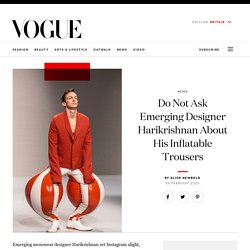 The idea for the exaggerated silhouettes first occurred to the 26 year old student from Kerala when he was walking his dog, Kai. London college fashion winner 2020. Inside the rise of TikTok, the viral video-sharing app whose ties to China are raising concerns in the US. Here's how TikTok got its start from a Chinese tech company, and how it's grown into a wildly popular platform with over 1.5 billion downloads. 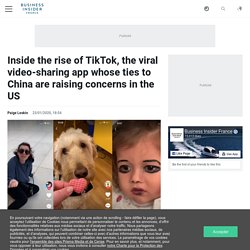 TikTok is a short-form video app that's become one of the most popular social platforms among teens and Generation Z.TikTok has more than 1.5 billion all-time downloads, and is owned by a Chinese internet company called ByteDance.Here's the story of how TikTok got its start, grown into a wildly popular platform, and the problems that it's facing from US lawmakers along the way.Visit Business Insider's homepage for more stories.Follow INSIDER on TikTok. One of the most popular apps among teenagers at the moment is a short-form video platform called TikTok. Trump impeachment inquiry: Latest news and analysis. The Story of Jennifer Lopez’s Iconic Green Jungle Versace Dress. Elton John was honored with the Legends Award and Britney Spears wowed with a performance featuring “Baby One More Time.”

Brining back the jungle Versace dress signals a return to what is now considered vintage. A sort of nostalgia that seems to inhabit us when the world is chaotic. We search for comfort and reassurance in an uncertain world and this may be a manifestation of this. – lpanneton

Blige, Will Smith, Ricky Martin, Courtney Love and Destiny’s Child all stole moments. But looking back at the 2000 Grammy Awards now, it belonged to Jennifer Lopez. Ironically, Lopez didn’t give much thought to the green silk chiffon Versace jungle dress that she wore to the Recording Academy’s biggest award night, which was held at Los Angeles’ Staples Center for the first time. Venice's canal water looks clearer as coronavirus keeps visitors away. (CNN) — As the world continues to grapple with coronavirus, the pandemic is having some unexpected side effects.

The pandemic will bring along massive change to all areas and spectrums of our way of life, notably the environment. Cities across the globe are seeing record lows of pollution in their air water and flora. Maybe seeing these tangible changes in the environment that surrounds us, people will be able to take a step back and notice the very real impact that we are having on our planet. Perhaps pushing those who believe less to make changed themselves. – lpanneton

Take Venice, one of Italy's biggest tourist attractions, which is usually heaving with visitors throughout the year. 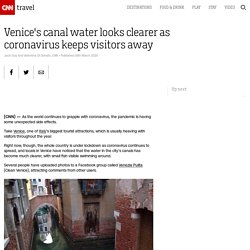 Right now, though, the whole country is under lockdown as coronavirus continues to spread, and locals in Venice have noticed that the water in the city's canals has become much clearer, with small fish visible swimming around. Several people have uploaded photos to a Facebook group called Venezia Pulita (Clean Venice), attracting comments from other users. Locals have noticed a big difference in the clarity of the water. Greta Thunberg: TIME's Person of the Year 2019. Prince Harry, Meghan Markle Announce Split From Royal Family. Prince Harry, Duke of Sussex, and his wife Meghan Markle, the Duchess of Sussex, will “step back as senior members of the Royal Family” with plans to become “financially independent” and split their time between North America and England. 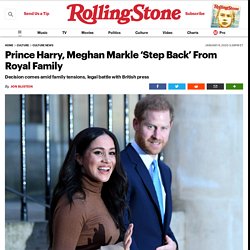 Music fills streets of Italian town under lockdown. Trump’s “Chinese Virus” and What’s at Stake in the Coronavirus’s Name. In 2009, at the height of the H1N1 pandemic, a group of researchers in the U.S. and Canada decided to test whether public-health interventions might limit disease-induced prejudice along with disease itself. 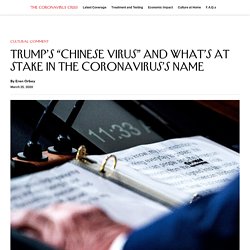 This is significant as this is a major step forward in allowing women equality with men. – lpanneton

No one opposed the bill. 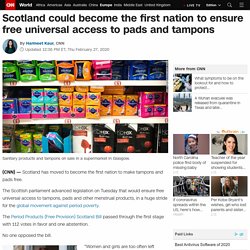 "Women and girls are too often left behind in the political process," Monica Lennon, who introduced the bill last year, said during the debate. "This is a chance to put them first and do something that is truly groundbreaking on gender equality. " Self-flagellation and stuffed goodie bags: my night at the tacky, endearing Oscars. Kim Kardashian West to Release Documentary on Prison Reform. Kim Kardashian West. 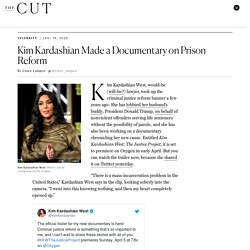 Photo: David Livingston/Getty Images Kim Kardashian West, would-be (will-be?) Lawyer, took up the criminal justice reform banner a few years ago: She has lobbied her husband’s buddy, President Donald Trump, on behalf of nonviolent offenders serving life sentences without the possibility of parole, and she has also been working on a documentary chronicling her new cause. Entitled Kim Kardashian West: The Justice Project, it is set to premiere on Oxygen in early April.